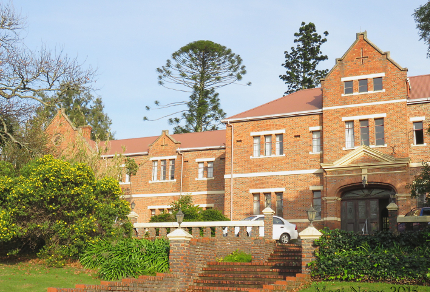 On a winter morning in Grahamstown, I birded my way up Gunfire Hill and through Rhodes University campus and Makana Botanical Gardens. The air was filled with promise and new beginnings – a good day to be alive!

Dawn reddened the eastern sky at 7 a.m. this morning. A half-hour later, Vilis and I strode uphill toward the 1820 Settlers National Monument atop Gunfire Hill. Red-winged starlings voiced their “tew…tew” calls. I heard a sunbird’s bubbling song and a speckled pigeon’s low “who…who…who” vocalization. At the monument, a fresh, cool wind blew away the last vestiges of our sleepiness. In the east, the sun was a pale yellow ball blanketed by thick strands of grey cloud. Lawns and cobblestones lay wet from yesterday’s rain, and the air was thick with moisture.

After Vilis headed for his office in Rhodes University’s Biological Sciences building , I remained up top for a half-hour, scanning air and shrubs and buildings for birds. The sun broke out of its cloud jail and bathed hills and valley in brilliant light – a glorious South African winter morning!

I wandered downhill to the Makana Botanical Gardens and through the campus of Rhodes University, logging five new bird species to add to my list of “lifers.” Two were LBJs (Little Brown Jobs) with cocked tails – Karoo prinia and lazy cisticola. The other three were larger and much more colourful – African olive-pigeon, Cape robin-chat, and three gloriously irridescent green wood-hoopoes that screeched and cackled like rowdy women with more than a few drinks under their belts.

As I strolled through the Rhodes University campus, I decided that it’s unquestionably the most scenic university campus I’ve ever visited. Characterized by stately, clay-roofed buildings, brick cobblestone paths leading to countless nooks and crannies and a profusion of attractive plantings of trees, shrubs and groundcovers, Rhodes is very attractive to both humans and birds.

I watched an olive thrush gather nest materials and an African hoopoe use its long bill to probe into crevices between the bricks of a cobblestone path. I stared up at towering bunya pine trees and wondered what it would feel like to have a 10-kilogram cone fall on me. I enjoyed the gleaming silver playfulness of Life Cycle, a sculpture near the Fine Arts building.

The air seemed filled with promise and new beginnings – a good day to be alive. (So I backed off from the bunya pines!) I didn’t want to go back to our apartment. For the first time since we arrived in South Africa two weeks ago, I could truly say that I’m happy to be here in Grahamstown. Perhaps it took two weeks for me to catch my breath so I could breathe in new air. Perhaps it took two weeks for me to slow my racing heart so I could open it to new experiences.

A piece of music that exactly captures the ambience of this morning is Lise&Gertrud’s rendition of Perfect Day.

From today’s explorations: (Tap on photos to enlarge.) 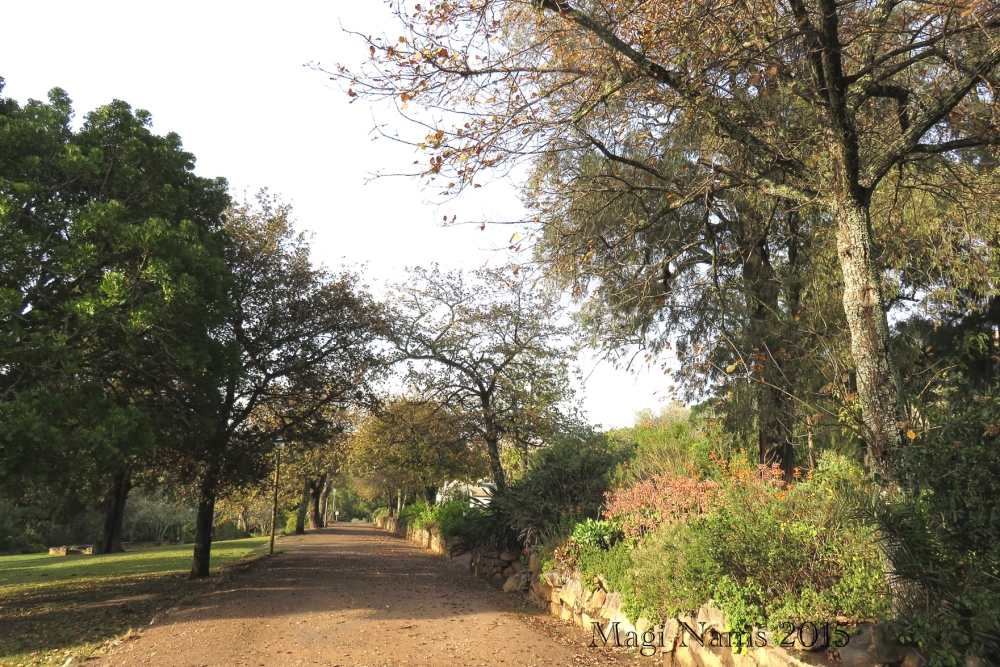 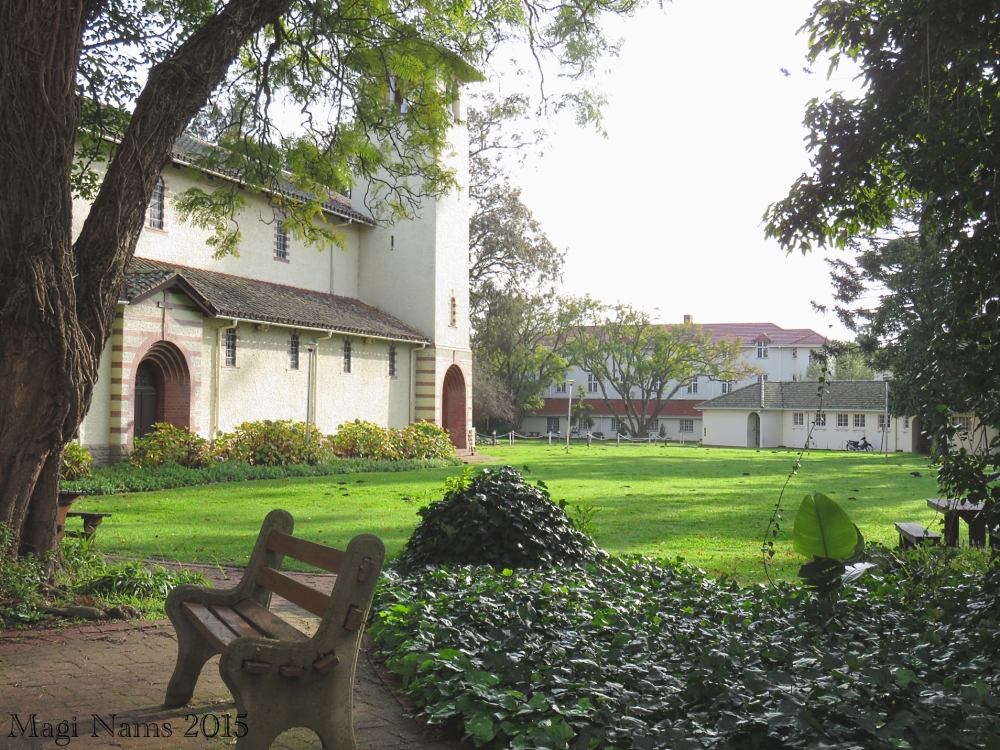 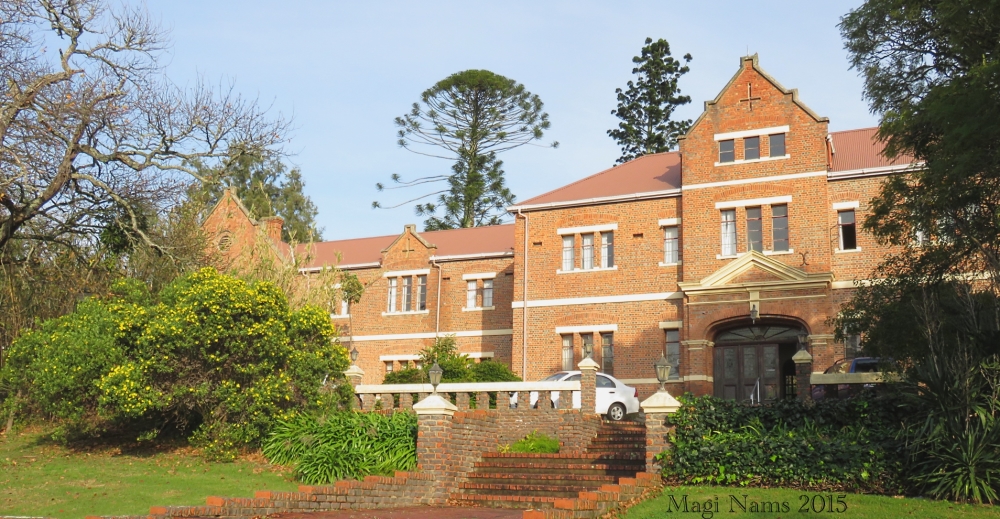 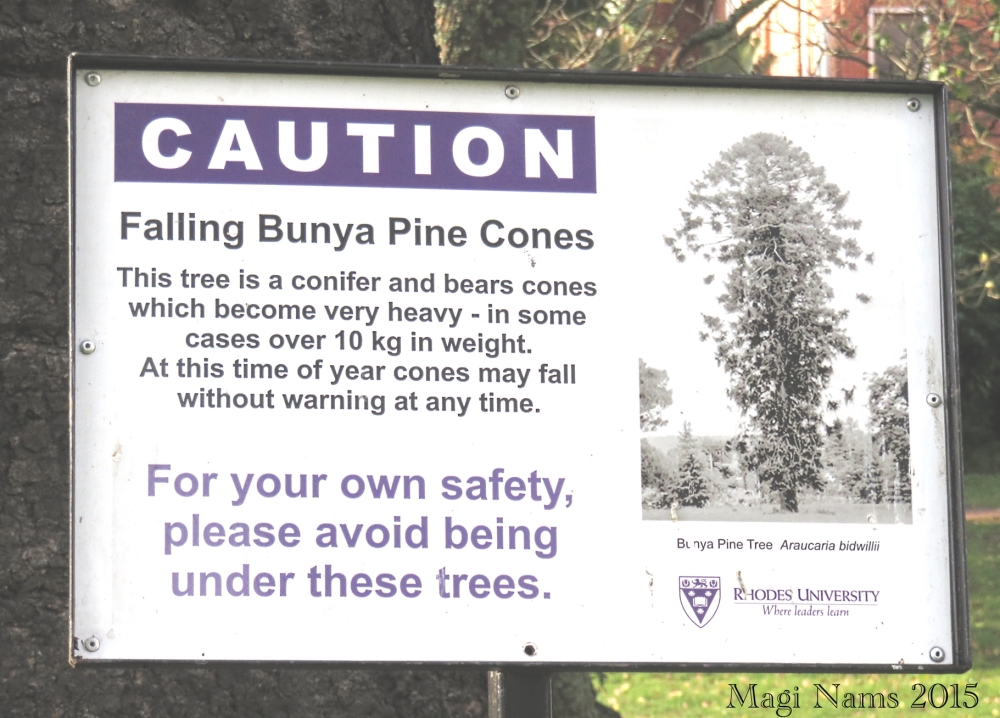 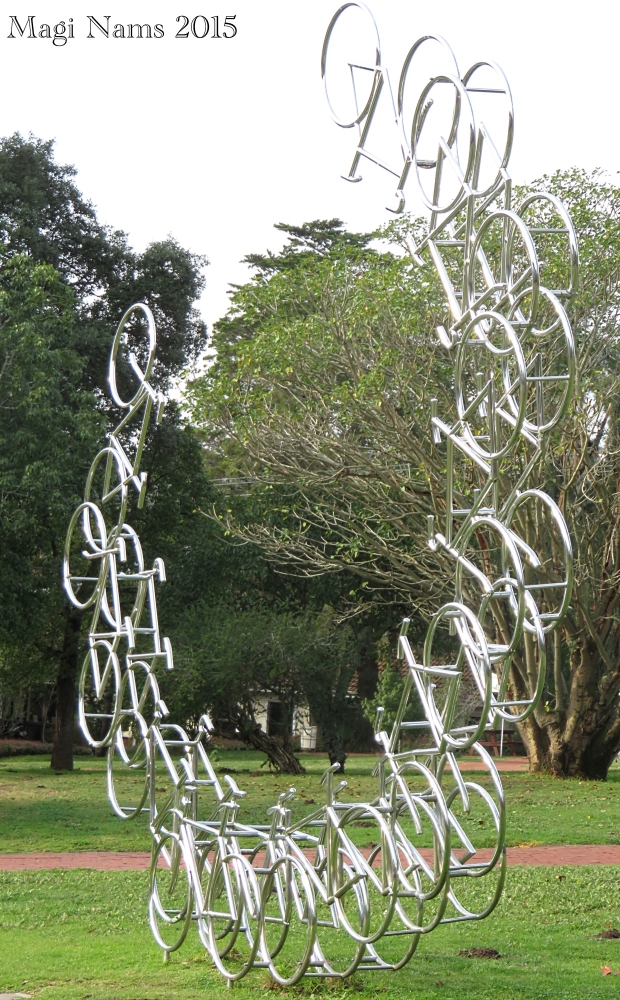 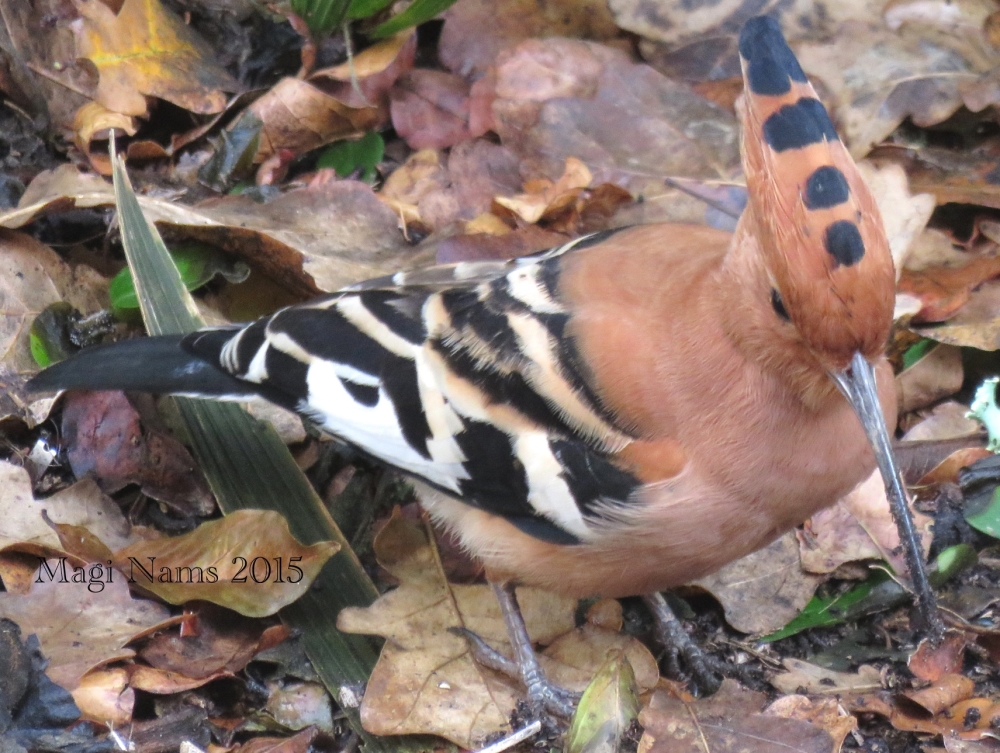 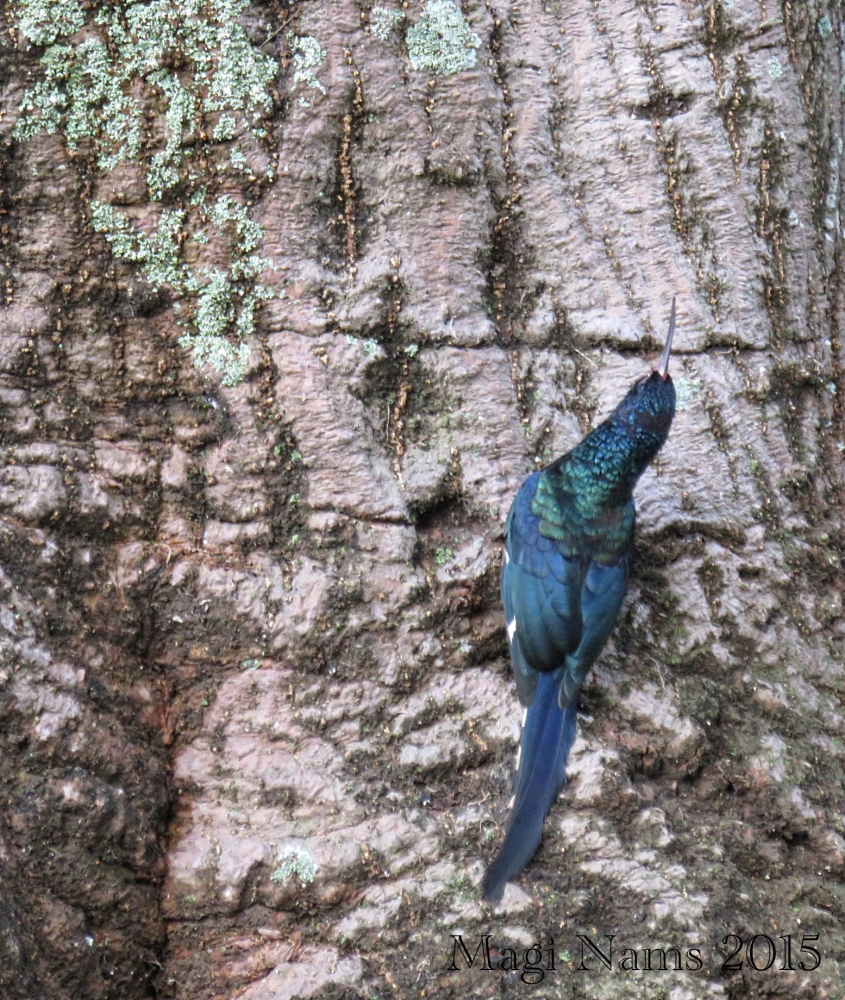