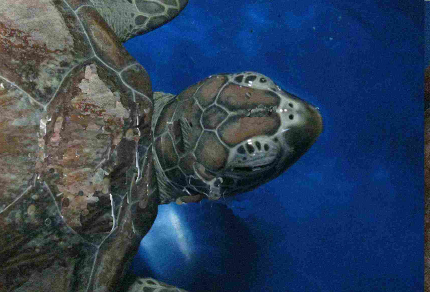 In a sultry morning flecked with spitting drizzle I walked the Ross River Parkway, the avian highlights for my efforts a trio of Nankeen kestrels in Bicentennial Park – the small raptors’s backs a warm cinnamon, their white faces bearing characteristic black moustaches – and a pair of scaly-breasted lorikeets preening in a leafless tree, the lories extending their wings to expose coral-red linings.

Later in the morning, Vilis and I browsed our way through Cotter’s Market in downtown Townsville, and then drove to the Reef HQ Aquarium, where we arrived just in time for a quick tour of the facility’s turtle hospital. Tiny in comparison with the spacious Aquarium exhibits of corals and vivid fishes, the hospital was a single room outfitted with barrel tanks that housed four ill or injured green sea turtles, and a much smaller transparent tank in which a young hawksbill turtle swam energetically.

The  hospital’s mandate is to care for and research sick and injured turtles, with the aim of releasing them back into the wild. The little hawksbill (8-9 months old) came to the hospital as a hatchling and will likely remain at the Reef HQ facililty for several years before being released. Of the four green sea turtles – all of which were brown, not green (name derived from colour of fat infused with seagrass by-products) – one was recovering from a collapsed lung, another from bacterial pneumonia, one was slowly, with the aid of oral laxatives, excreting gobs of plastic that had impacted its gut after it ate floating plastic bags, and the fourth had a fish hook lodged in its esophagus. The two lung cases, both swimming vigorously within their tanks, were recovering well with the aid of antibiotics and concentrated nourishment in the form of fish and squid (not usual food sources but packed full of nutrients). In contrast, the gut-impacted turtle rested motionless in shallow water on the bottom of a tank, unable to function in deeper water because a build-up of gases due to its condition caused it to list to one side. The turtle with the lodged fish hook faces either having the hook removed with a special implement guided by a camera inserted through the turtle’s mouth, or more invasive surgery to remove the hook.

Our hospital tour guide informed us that once the recovering green sea turtles are back to good health, they’ll be released into the Reef HQ Aquarium predator tank to increase their fitness, and only after they’ve passed a swim test will they be returned to the ocean. (Before the hospital tour, Vilis and I watched a green turtle swimming in the predator tank, so it was presumably a recovered patient.) The guide also mentioned that a green sea turtle tagged with a tracking device has swum 2000 kilometres since its release from the Reef HQ facility in July, first travelling south down the Queensland coast, then north past Townsville, and now on its way south again. That turtle undoubtedly passed its fitness test. 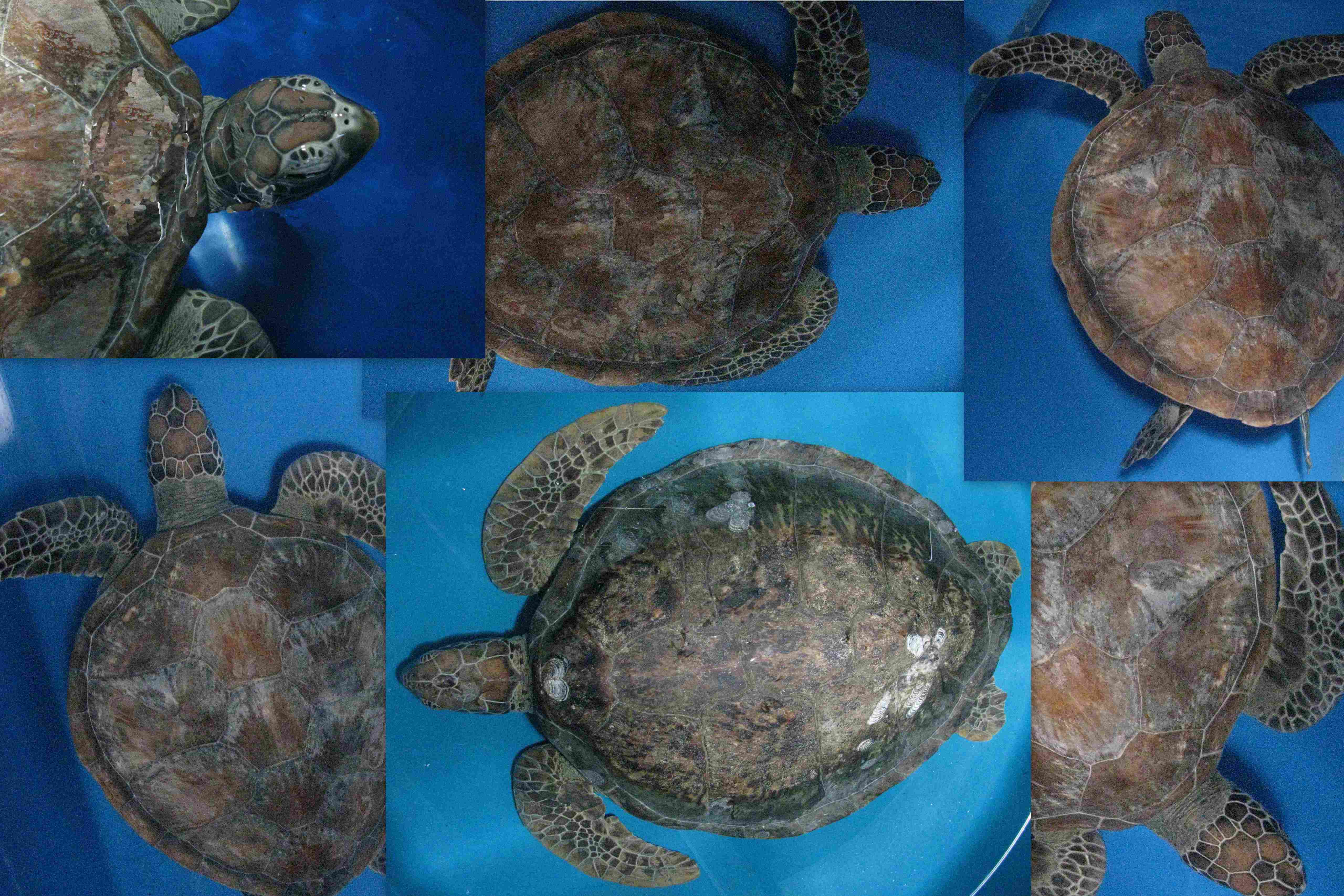