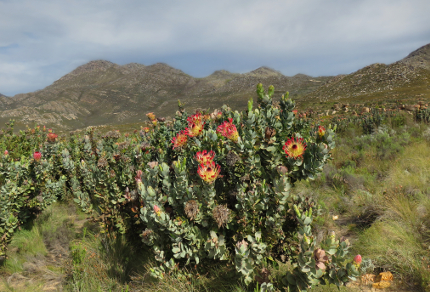 After our guided morning walk on October 23, Vilis and I bid farewell to Karoo National Park and drove southwest over more of the Great Karoo’s vast, gravelly plain, heading for Swartberg Pass and then Oudtshoorn, the self-proclaimed ostrich capital of the world. Scattered, desiccated shrubs grew low to the ground on the arid plain, yet the area had received rain four days earlier. We saw pale blushes of green covering patches of ground, an indication that seeds had sprouted. I wished that we could return in a few weeks to see the wildflowers blooming. Far in the distance, the serrated peaks of the Swartberg range (Groot Swartberge) loomed over the plain. We were headed for a gap in that range, Swartberg Pass. (Tap on photos to enlarge.)

We turned off the N1 (main highway between Cape Town and Johannesburg) at Kruidfontein and drove a gravel road that took us past an olive estate and irrigated farm fields amid the dry rangeland. Cattle and goats grazed in rocky pastures. Tall shrubs grew along drainage lines and here and there on the plain. Vervet monkeys hightailed it across the road. An Egyptian goose took to flight from a rocky cliff. The road was your basic lonely country road and could have been in southern Alberta, Canada, except for the monkeys. Only one truck passed us over a span of 50 kilometres. Again, a sense of timelessness pervaded the landscape, and I thought that if music were to be composed for the Karoo, it would have to be big music – powerful and evocative, like Howard Shore’s movie themes for The Lord of the Rings. I also wondered if it were possible that the scenery ahead of us could compare with the Karoo’s barren majesty. That was before we reached Swartberg Pass.

Beyond the quiet, flower-bedecked town of Prince Albert – an oasis in the Karoo – the gravel road climbed into foothills of the Swartberg range and led us straight toward a curving rock face. We discerned a narrow gash at the lowest point in the curve, our first, thrilling glimpse of Swartberg Pass. The thrills continued as we drove through a narrow gorge eroded over aeons by the small river that ran beside the road. Contorted rock formations loomed over us, some so twisted, it was difficult to imagine the geological forces that had moulded them. Swartberg Pass is grandeur exemplified. 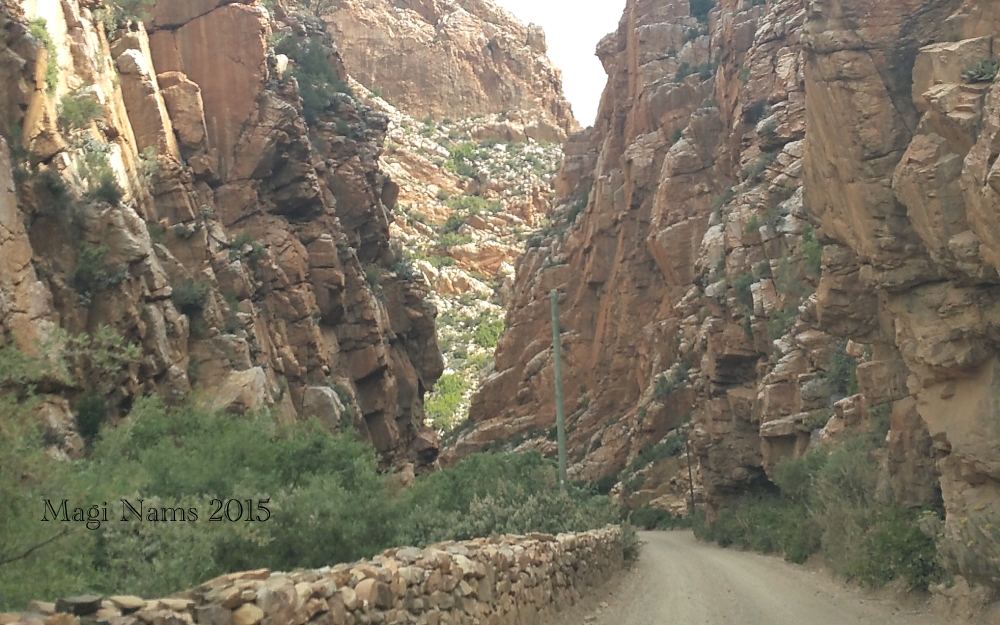 Beyond the gorge, we drove switchbacks that led us higher into the mountains and provided additional spectacular views out over the rounded peaks. 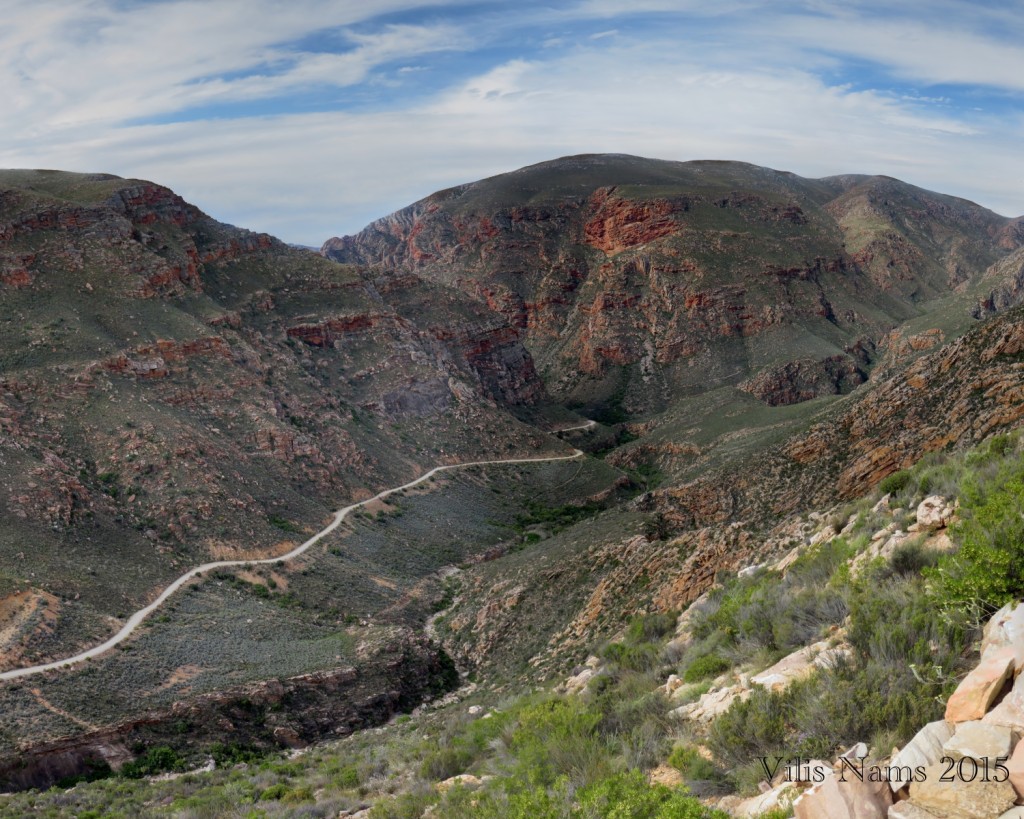 With the increase in elevation, vegetation gradually changed from arid scrub to rich mountain fynbos. An expanse of Waboom protea veld was unexpected and enchanting. Cape sugarbirds and an orange-breasted sunbird perched atop the large protea blossoms and foraged for nectar. 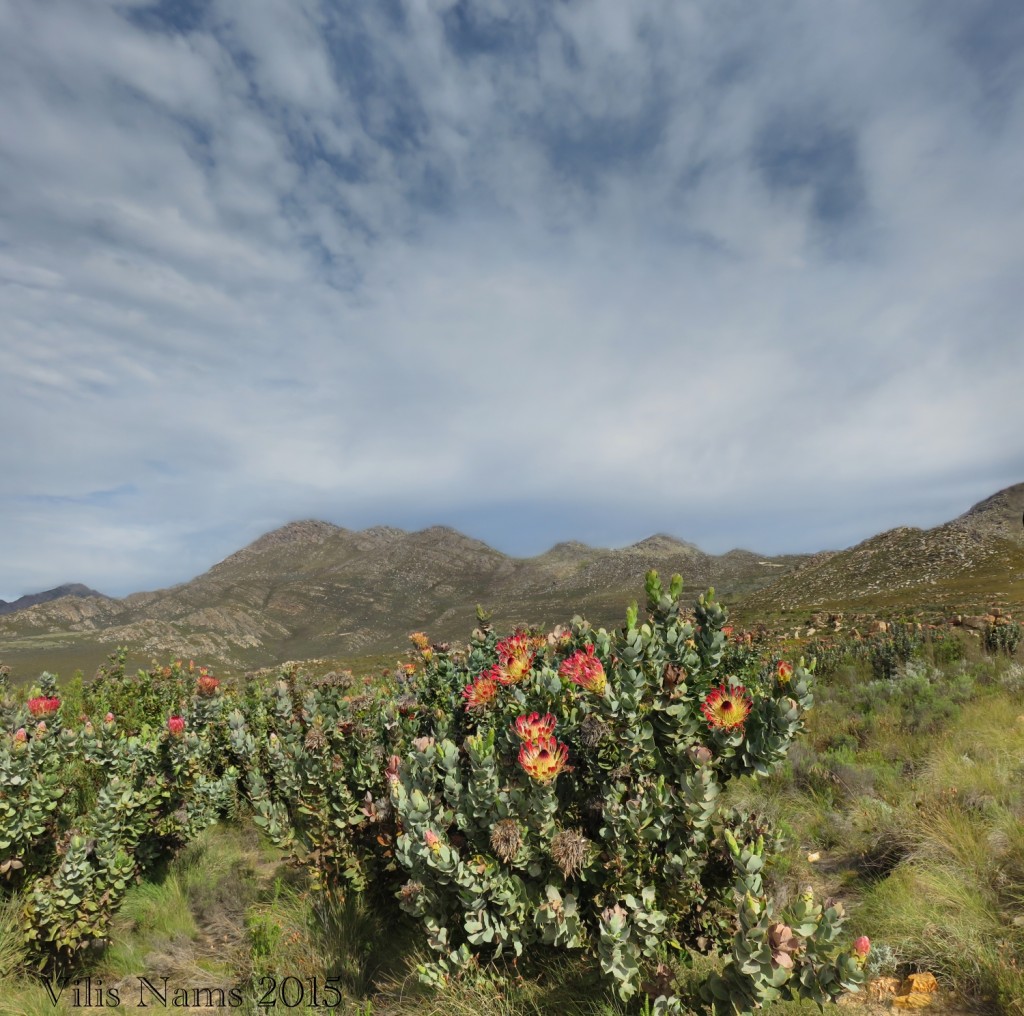 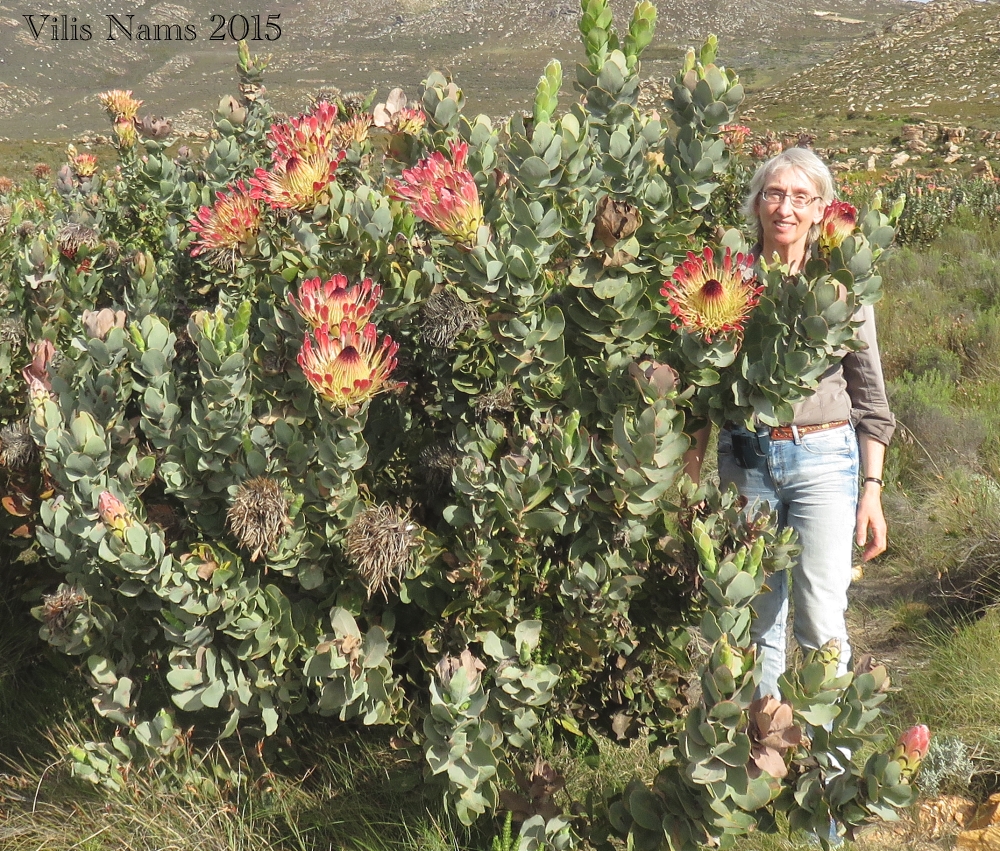 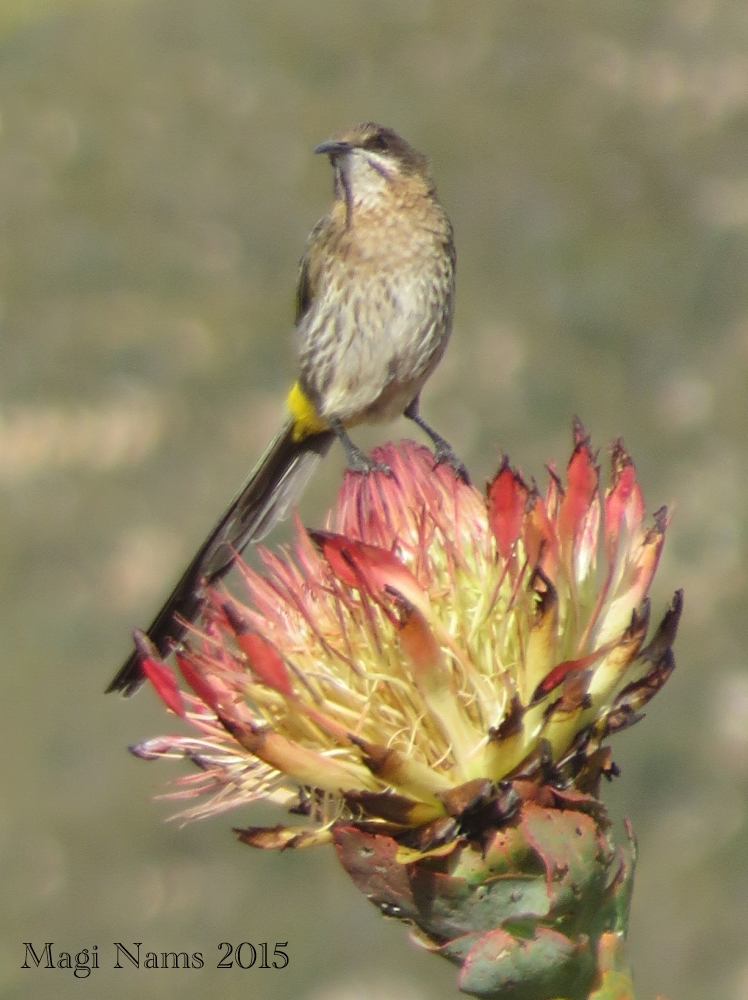 The road climbed higher, all the way to Die Top. From the summit, we looked northwest to the red-rock mountains we’d driven across and southeast to a lush, green valley at the foot of the Swartberg range. Vilis said, “On that side, you have rain shadow, and on this side, you have expensive farmland.” 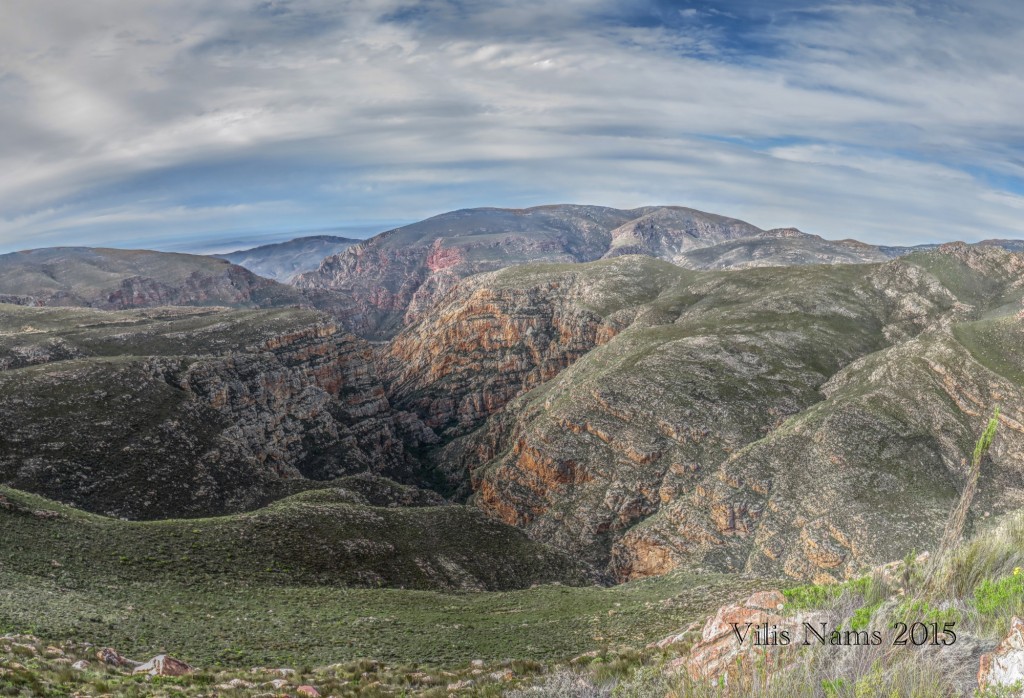 View to southeast from summit of Swartberg Pass (© Vilis Nams)

Loathe to leave the magnificence of the summit views, we nonetheless drove down the southern section of the 24-kilometre pass, knowing that we had just experienced our South African scenic high point to date. Next stop: Cango Caves.