South African Memoir on the Horizon 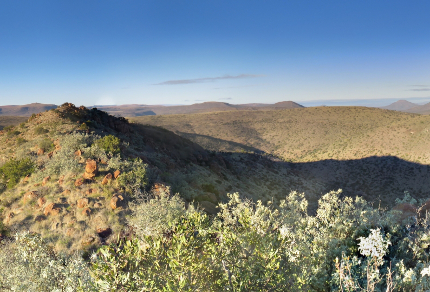 Have events ever come together to give you new direction? Learn how three unrelated events coalesced to point me toward my next book project, a South African memoir.

It’s fascinating how we gain new direction for our lives. Late last Friday evening, I finished the second draft of my first novel. I felt both elated and drained. Little did I know then that my next project would be a South African memoir.

My novel, A Look Across the Sand, is a love story with an outdoor twist. Six beta readers had read the first draft and suggested ways to improve the book, which is set on Turtle Mountain in southwestern Manitoba, Canada, and features a wildlife photographer as a protagonist. My revisions not only addressed the beta readers’ comments, they also laid the groundwork for a second novel in what will be a trilogy based on one family, the Steeles.

This is all well and good, but I was exhausted and suddenly aimless. I felt undirected, although I had several other book projects awaiting my attention. What should I tackle next?

Three things happened in rapid succession to put me on track in a new direction.

First, on Sunday afternoon, I attended the monthly meeting of the Romance Writers of Atlantic Canada. Surrounded by other committed writers, I learned about twenty master plots (the workshop topic was taken from the book 20 Master Plots: And How to Build Them, written by Ronald B. Tobias). Not only did the meeting energize me, I was buoyed and inspired to take on whatever writing task I chose to do next. (Tap on photos to enlarge.) 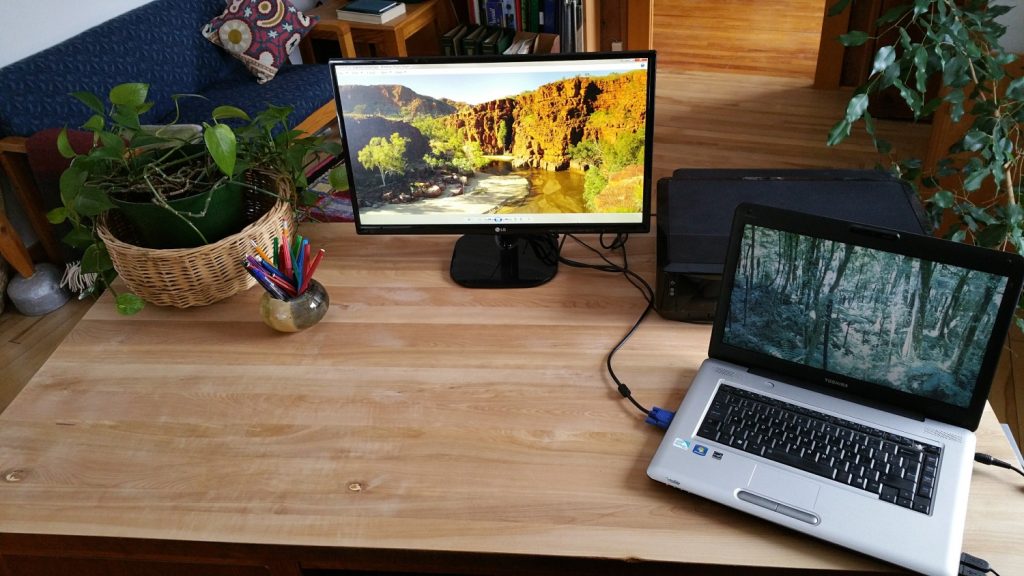 My clean desk, ready for a new project. (© Magi Nams)

Second, yesterday, on Monday morning, I cleaned my desk completely. I cleared all the paperwork off the surface, leaving it open, peaceful and inviting. I removed the contents of each drawer and sorted through the items. Some, I returned to the drawers. Some, I relegated to the recycling bin. Others, I discarded. One particular piece of paper, I kept. I’ve read the quote printed on it at least a dozen times. It’s from a Mary Oliver poem titled The Summer Day and reads, “Tell me, what is it you plan to do with your one wild and precious life?” (New and Selected Poems, 1992)

My immediate response was, Write about this amazing world we live in.

Third, this morning, I read an email from Joanna Penn of The Creative Penn. I’m on Joanna’s email list, so receive tips on useful webinars and other resources for writers and self-publishers. This particular email included a link to Chandler Bolt’s site that offers a free video series and book about writing and publishing your book. Curious, I viewed the first video and skimmed several chapters in the book.

I thought I would do Chandler’s mind mapping exercise, in which I was to choose the book topic I most wanted to write about and then brainstorm about its content. I pulled out a blank piece of paper. The words that flowed from my mind into the centre of my mind map were South Africa.

My husband, Vilis, and I had lived and traveled in South Africa for six months in 2015. Since our return to Canada, I had hummed and hawed about whether I had enough material to write a South African memoir. Kick-started by Chandler’s mind mapping exercise, I spent two hours reviewing my journals from South Africa. I realized that I definitely have enough material. So, that’s my project: a travel memoir based on our day-to-day experiences and travel adventures in South Africa.

The next step is to set a deadline for a rough draft. I’m going to aim for the end of March, which will give me thirty full writing days (as per Chandler’s “write a rough draft in thirty days” philosophy). I don’t schedule writing on weekends (although I often put in an hour or two), and I have one weekday that’s primarily devoted to other commitments, so isn’t great for writing.

This is a big experiment.

Although I’m the author of the travel adventure trilogy, Cry of the Kiwi: A Family’s New Zealand Adventure, I’ve never completed the rough draft of a book in thirty days. I’m incredibly excited about this project and will keep you up to date on my progress. The starting date for my new direction is tomorrow. By the time I’ve completed the South Africa draft, prehaps the second novel will  jump out of my brain and onto my computer.

More news! In keeping with my response to Mary Oliver’s tantalizing question, my website will spotlight two new regular features, Bird of the Week, and Mammal of the Month. Look for my first Bird of the Week post on Thursday. And, of course, I’ll continue to post about travel, hiking and caring for our planet, although not at regular intervals.

Have you ever had a series of events come together to give you new direction? If so, I’d love to hear about your experience. Please leave a comment in the box below. The world is full of beauty, challenge and adventure. May it always be so.

2 thoughts on “South African Memoir on the Horizon”