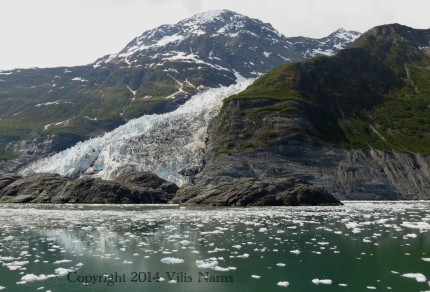 In May, Vilis and I spent five days in southeastern Alaska, based in Anchorage. On our fourth day, we bussed 100 kilometres south from Anchorage through mountainous Chugach National Forest to the port of Whittier. There we caught the Klondike Express catamaran for a five-hour ’26 Glacier Cruise’ of Prince William Sound, home to sea otters, seabirds, porpoises, seals, and whales.

From Whittier – an important cruise ship and industrial port community and recreational centre with fewer than 300 residents – we headed through Passage Canal out into the sound. The Steller’s sea lions that breed on Egg Rock in Port Wells hadn’t yet arrived for the summer, so unfortunately we didn’t see them. Narrow Esther Passage led us between Egg Rock and Kenai Peninsula and offered spectacular views of forested hills and snow-capped peaks. We spotted female sea otters floating on the sheltered waters, holding their pups on their bellies.

From Esther Passage, we headed into long, narrow College Fjord, bounded to north and south by mountains and an abundance of glaciers named after prominent American colleges – those to the north after women’s colleges, and those to the south, after men’s colleges. Massive Harvard Glacier calved icebergs into the fjord at its eastern tip. Like other active glaciers that push their way down to sea level, Harvard Glacier is a tidewater glacier (see opening photo). Icebergs and floes surrounded us on calm water. Needless to say, the air was cold despite the sunny day – one of the few sunny days Prince William Sound experiences each year, we were told by an onboard naturalist. We were also told that the Whittier area receives an astounding 15 feet of rain and 20 feet of snow each year, which account for the coastal rainforests and abundance of glaciers we observed during the cruise. 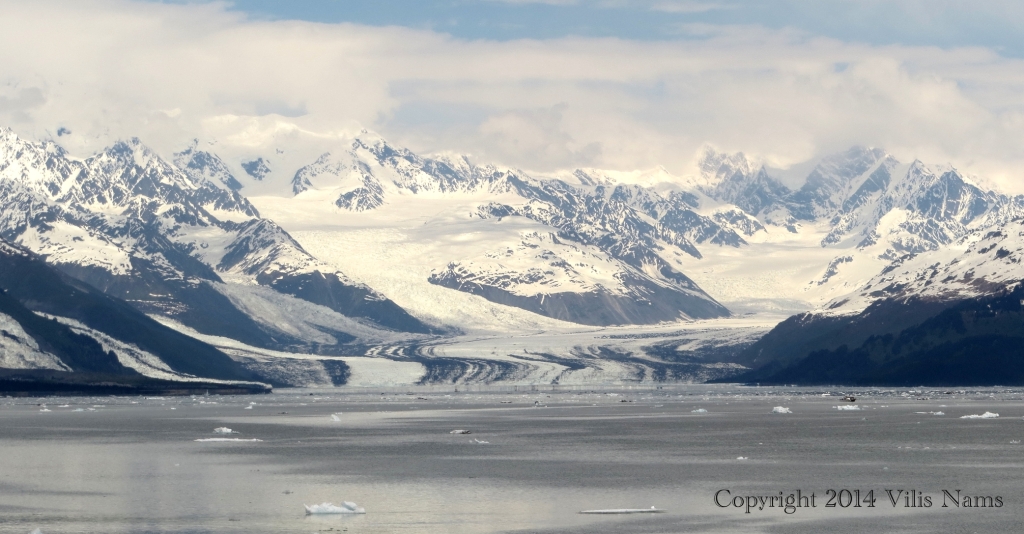 We backtracked out of College Fjord and entered Barry Arm, one of many narrow fingers of salt water indenting the coast of Prince William Sound, a legacy of past glacial action. We spotted more female sea otters with pups, and a group of male sea otters hanging out – floating, rolling, diving. We also saw more glaciers – piedmont glaciers that formed a lobe or fan shape at their toe, and hanging glaciers high on mountainsides. A flock of white-winged scoters skimmed over the water, and two harbour seals rested on ice floes near Barry Glacier.

After leaving Barry Glacier, we headed into Harriman Fjord and cruised to near the calving face of Surprise Glacier, another massive tidewater glacier, its ice-blue face creased with crevasses. Chunks of calved ice crackled and snapped like Rice Krispies as the compressed air bubbles within the ice exploded on contact with the salt water. Gulls rested on ice floes, their feet bright red against the bluish ice. 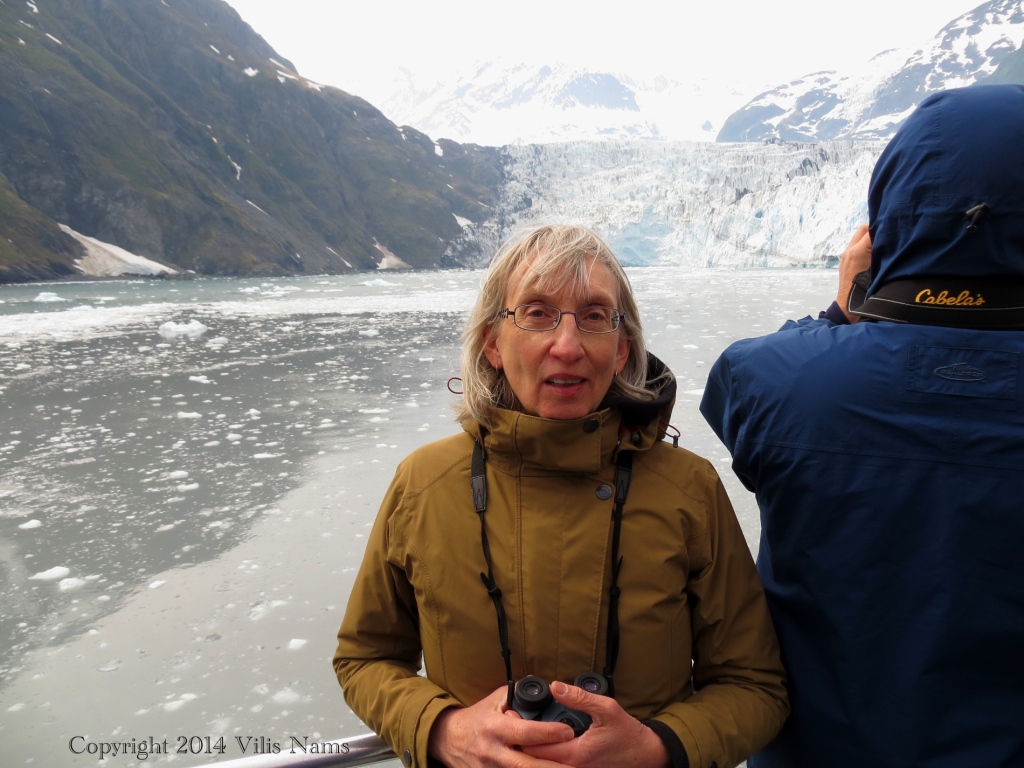 Here I am as we leave Surprise Glacier

The high-speed catamaran retraced its path out of Harriman Fjord and Barry Arm back into Port Wells, whipping cold wind onto us as we stood on an outdoor observation deck. Back in Passage Canal, the boat paused alongside a black-legged kittiwake rookery, the rocky cliff alive with kittiwakes in flight and nesting on ledges. According to the onboard naturalist, more than 10,000 kittiwakes nest at the site, which is just across Passage Canal from Whittier. I also spotted my first northwestern crow, adding a lifer to my bird list.

Wind-blasted and cold, but thrilled with our sightings, Vilis and I disembarked from the catamaran in late afternoon and bussed back to Anchorage, our souls and spirits refreshed and broadened by Prince William Sound’s vivid life and incredible beauty.