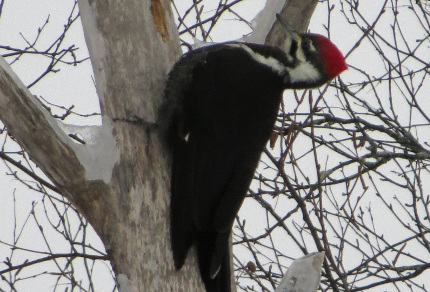 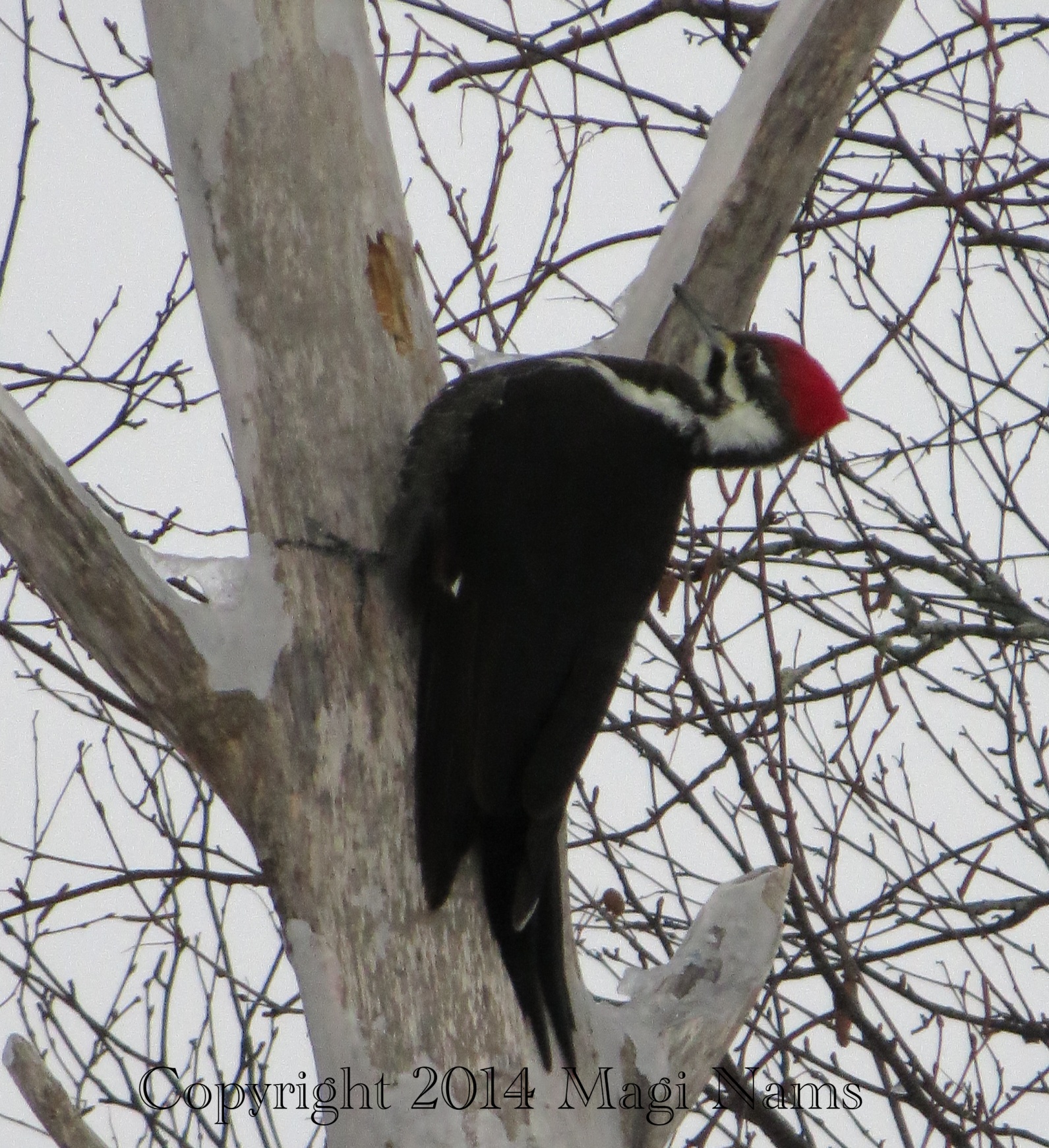 Kek-kek-kek! The pileated woodpecker’s loud, sharp call rings out in our northern Nova Scotia forests year-round. I always feel a thrill when I spot a pileated lurching its way around a tree trunk and hammering at it with its pointed, chisel-like beak. Once I watched an oblivious pileated chip huge holes out of a spruce trunk. The crow-sized bird swung its head like a man swings a pickaxe, sending chips of bark and sapwood flying.

Pileated woodpeckers are North America’s largest  woodpecker* and are named for their red crest or cap, the word pileated meaning ‘capped.'(1)  If you see a big black bird with a red crest in a Canadian or American forest, woodlot, or parkland, it’s a good bet that it’s a pileated woodpecker. Both male and female pileateds show striking white and black stripes on their heads and necks and in flight present large white patches on the undersides of their wings. The male is distinguished from the female by a red cheek stripe clearly visible even at a distance (see photo below). In flight, pileateds have an undulating pattern, with slow wing beats. 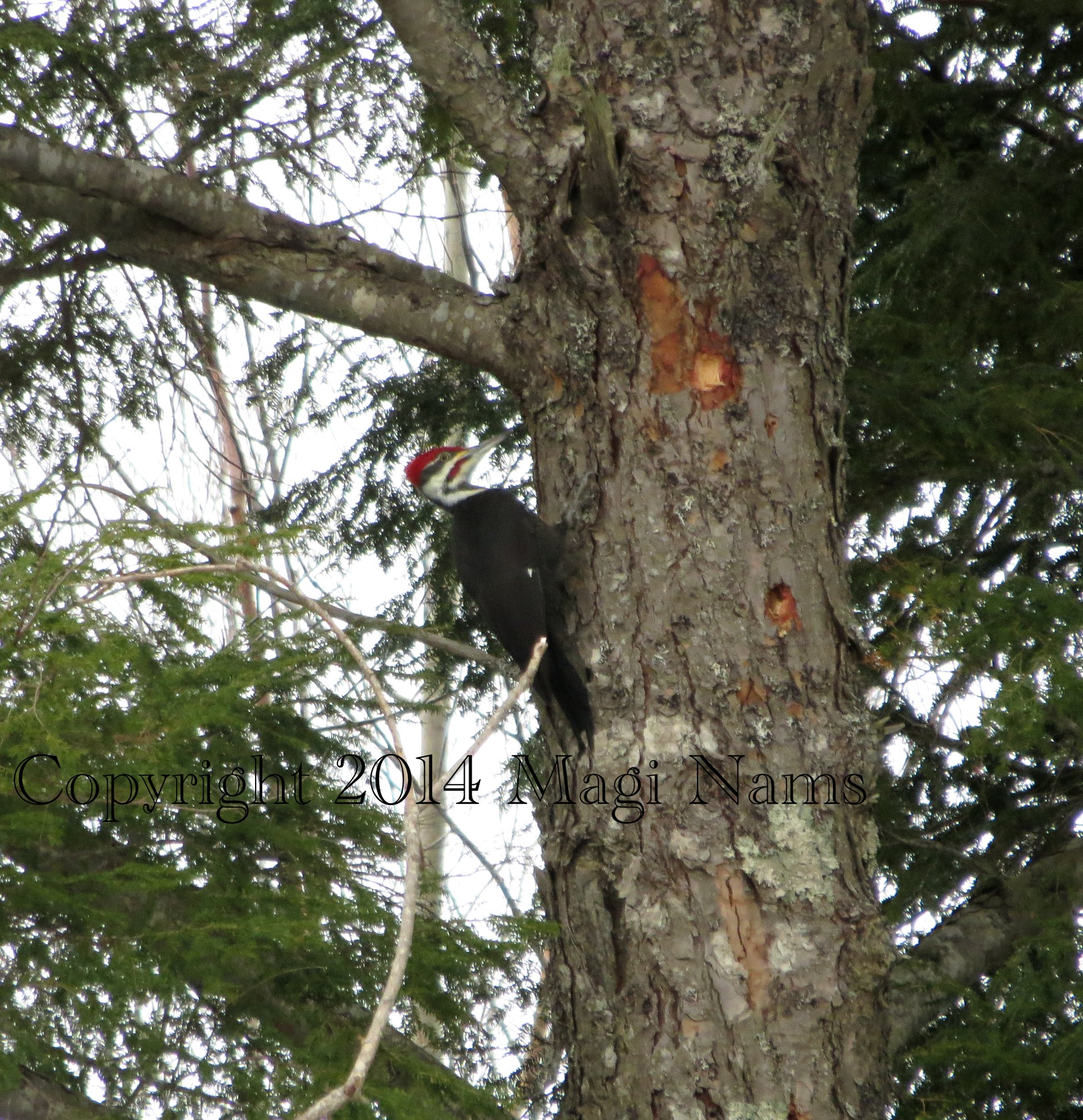 Pileated woodpeckers inhabit large permanent territories and mate for life.(2) They drum loudly on trees for two reasons: to proclaim territorial ownership (the male more than the female(3)) and to remove bark to expose insect foods. Their feeding holes are big and typically rectangular or oval in shape. Pileateds eat carpenter ants and other insects, but also consume fruits, nuts, and sap.(2) It’s interesting to note that hairy woodpeckers, which don’t remove bark, will take advantage of pileated woodpeckers’ bark-clearing to hunt for exposed insects.(4)

A pair of pileated woodpeckers excavates a nesting cavity in which the female lays three to five eggs (usually four) in spring. Both parents incubate the eggs (the males incubate at night) for fifteen to eighteen days to hatching, and both feed and brood the young, which fledge after about a month.(2) I read one report of a female pileated woodpecker who moved her three eggs to another nesting cavity after her nest tree fell down. Her mate searched the area until he found the new nest site.(5) I haven’t yet found a pileated woodpecker nest, but spring is here again, so I’ll keep an eye out for one. 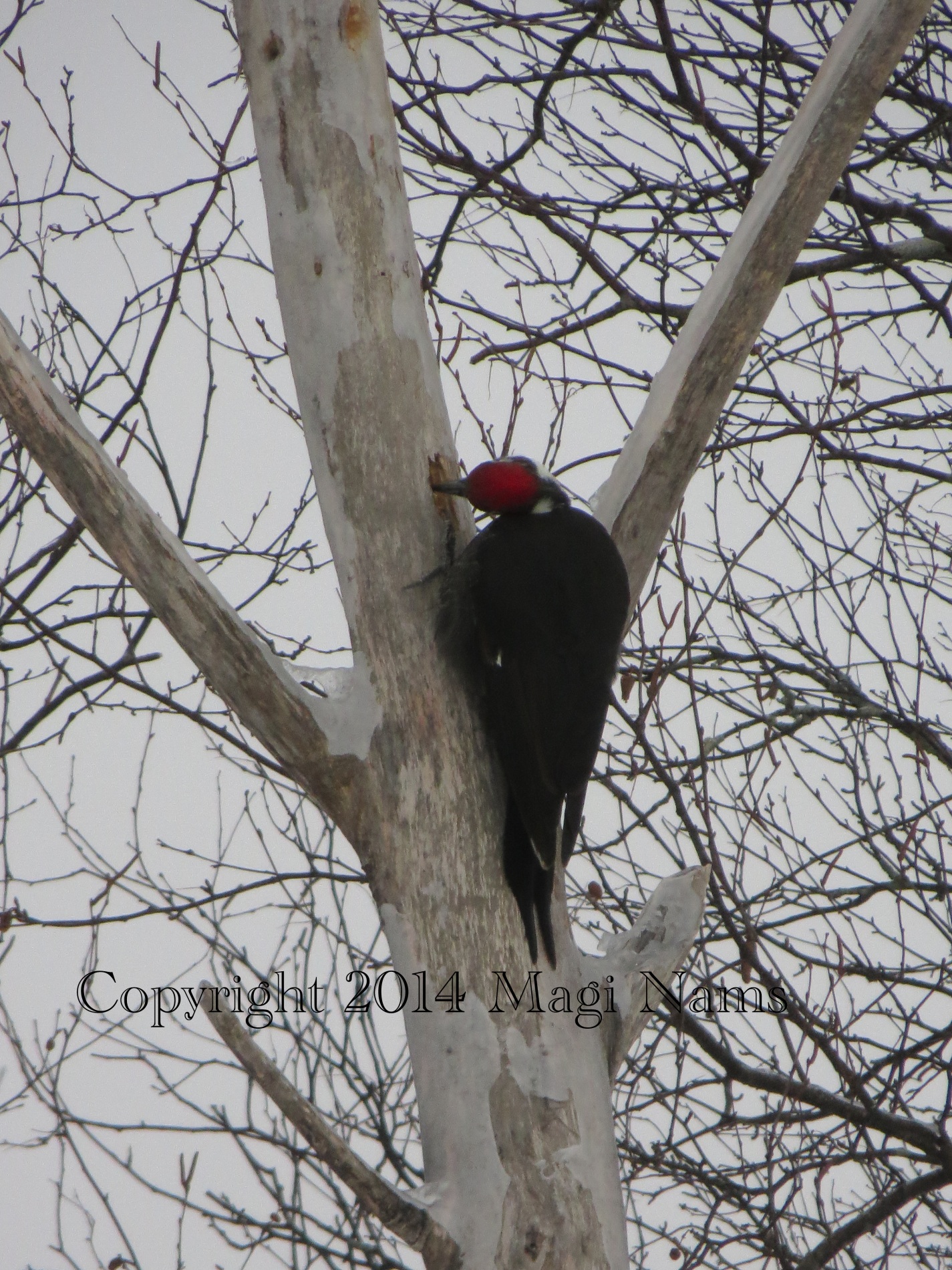