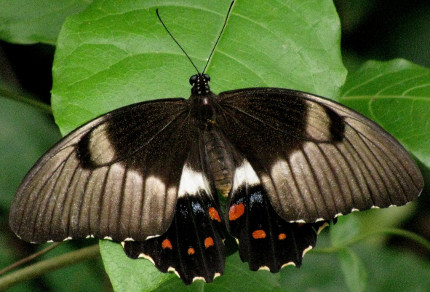 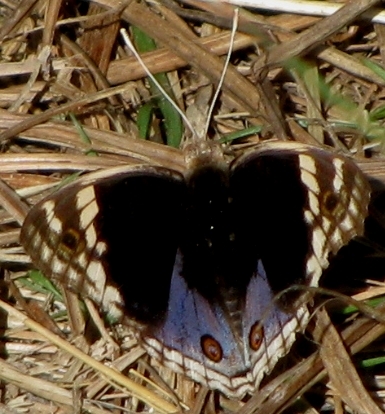 Yesterday, I attended an International Women’s Day of Prayer service in my northern Nova Scotia village of Tatamagouche. The service bulletin itself had been prepared by women far, far away in Malaysia. During the service, a brief video flashed photos of Malaysia onto the sanctuary wall, and I caught glimpses of cities, rainforests, and one butterfly, which to my amazement, I recognized immediately as a blue argus (Junonia orithya), also called a blue pansy. This species has a wide geographical distribution in the eastern hemisphere, ranging from Africa east to India and south through Malaysia to Australia. During the year Vilis and I spent in Australia, we saw a lone blue argus in dry tropical savannah beside a bushwalking track leading to Shelley Beach, near Townsville. As is characterisctic of this species, the argus was resting on the ground, basking in the sun with wings outspread. 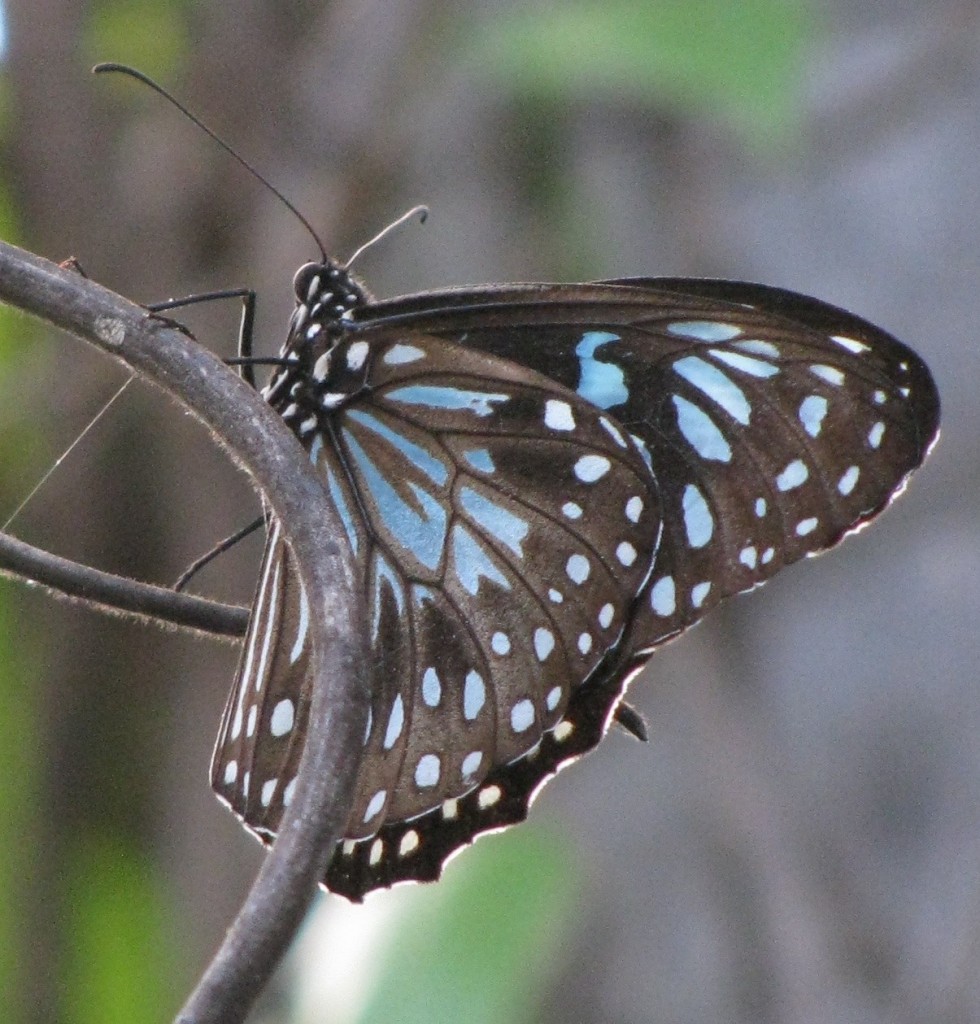 Today, with wild winds blasting sheets of rain against our house, I thought of that blue argus and the many other butterflies that had me sneaking through our yard in Townsville and creeping along North Queensland tracks in my attempts to identify and photograph some of Australia’s flamboyant lepidopterans. Vilis and I spotted male clear-winged swallowtails at Alligator Creek, small grass yellows in Oak Valley, and blue tigers in our yard and on Magnetic Island, where in early August, the tigers hung from roosts by the thousands and fluttered silently around us like flocks of miniature, blue-flecked bats. In Townsville’s Palmetum, I spotted orange bush-browns, chocolate arguses, and male and female varied eggflies, the males stunningly attractive with their black upper wing surfaces displaying large blue-ringed white spots. 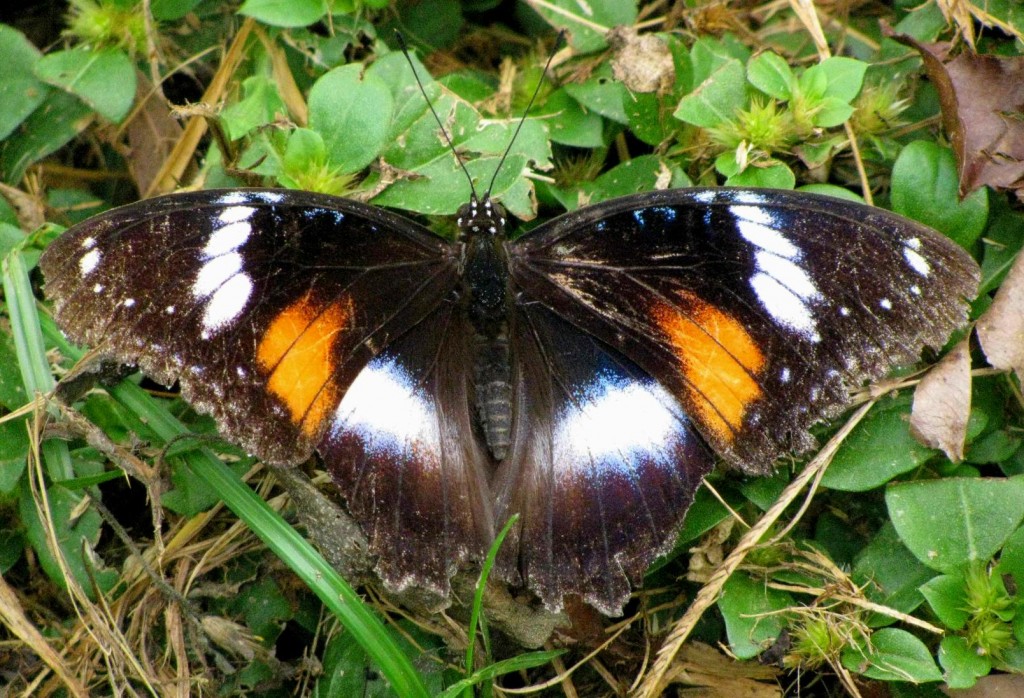 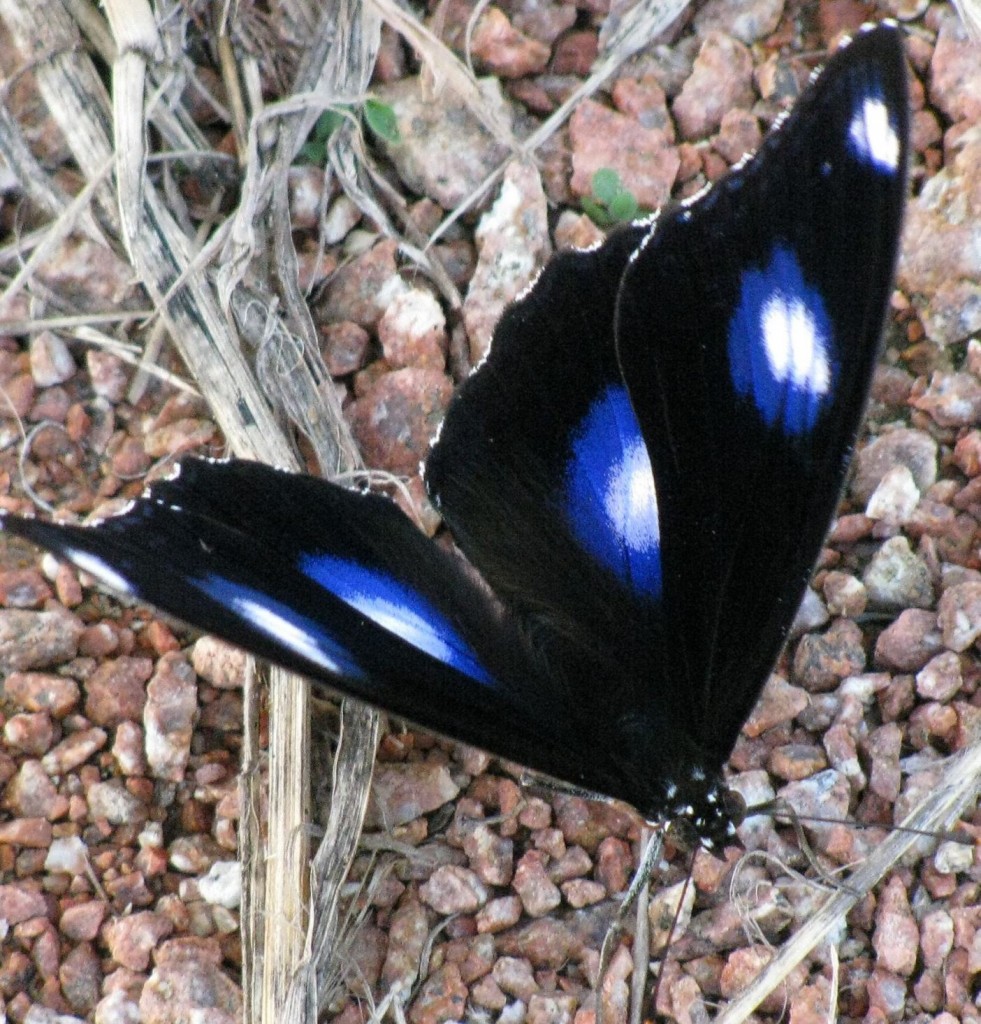 In the Townsville Town Commons Conservation Park, I found a scarlet jezebel feeding in a tree, and a yellow albatross, several lesser wanderers, and scores of swamp tigers sipping nectar from the blossoms of wildflowers. The Ross River Bush Gardens gave me the gifts of common and purple crows floating through sunny glades, and red-banded jezebels feeding high in the trees. 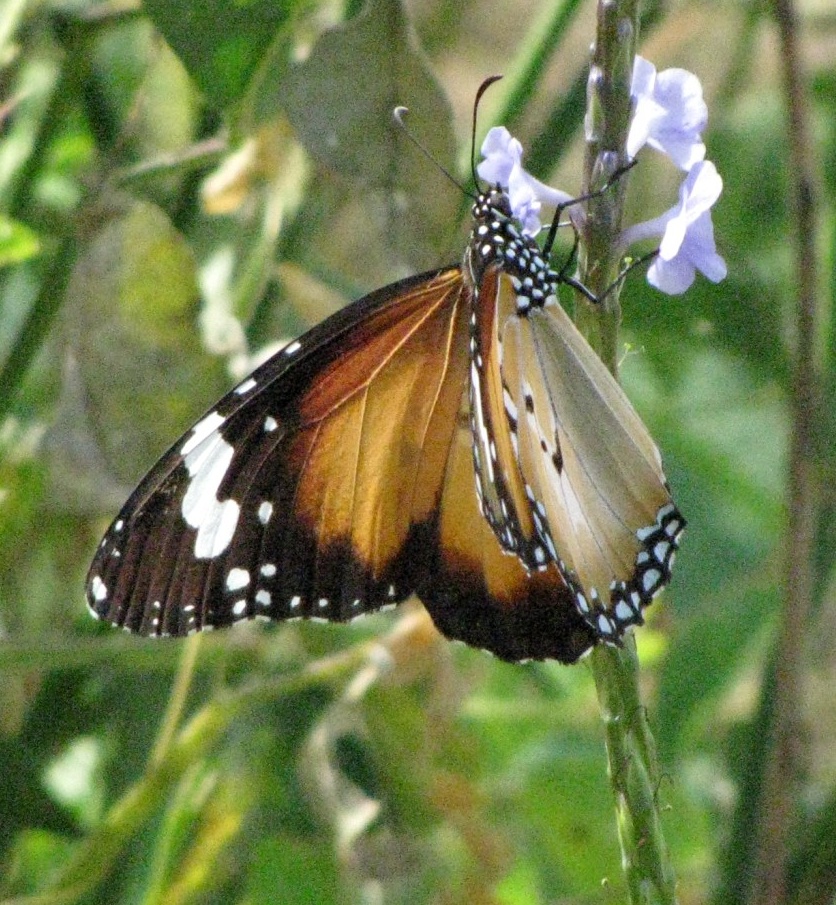 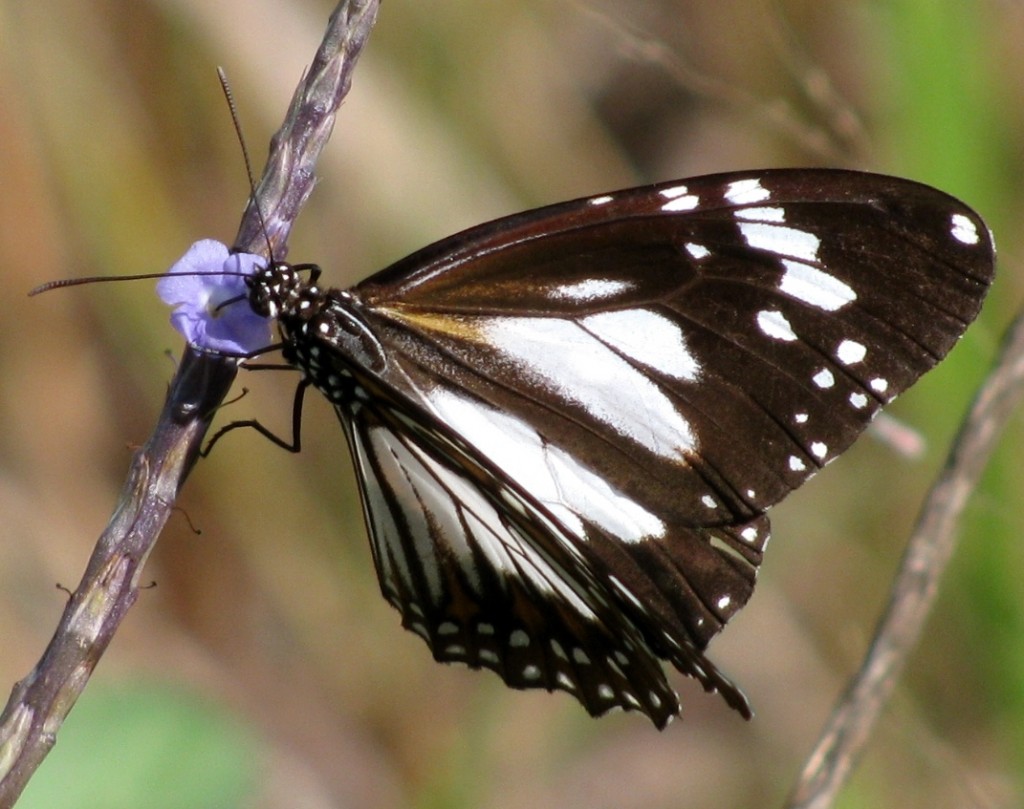 High on Mount Stuart and in Paluma Range National Park north of Townsville, we spotted sleek blue triangles, one drinking moisture from wet granite near a creek. 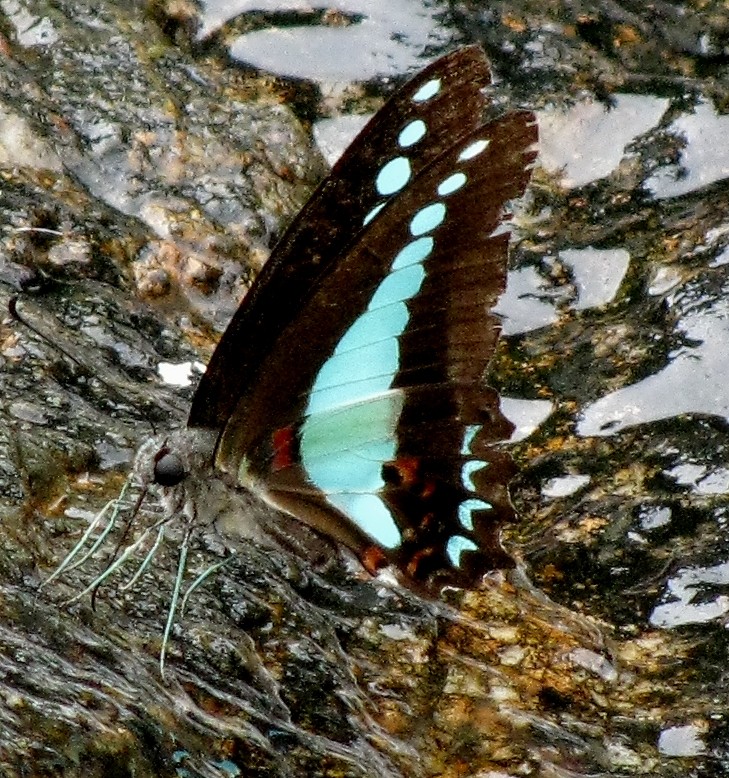 Our yard, with its weeds and vines beneath the canopies of palm trees, attracted female orchard swallowtails and clear-winged swallowtails, blue-banded eggflies, and heart-stoppingly beautiful Cairns birdwings and Ulysses swallowtails. Time and again, I dropped everything to hurry out with camera in hand.

The orchard swallowtails accommodated me by remaining stationary long enough for me to snap portraits, but the birdwing males, glorious in green, yellow and black, evaded me time and time again until I finally bagged one. The Ulysses swallowtails – exquisitely large, with black-edged, iridescent blue upper wing surfaces – taunted me endlessly with their erratic flight and disappearing acts on closing their wings. They seemed to blink on and off through the vegetation, bobbing up and down like magnificent, sun-shot swatches of blue satin. I never found one that stayed motionless long enough for me to photograph it.

Sometimes, in my mind, I still drop everything to pursue a Ulysses swallowtail floating beyond the windows of my current life. Always, my heart cries out at its beauty, and always, it eludes me. So, let the wind howl and cold rain pelt down on Nova Scotia. The butterflies have transported me to North Queensland. 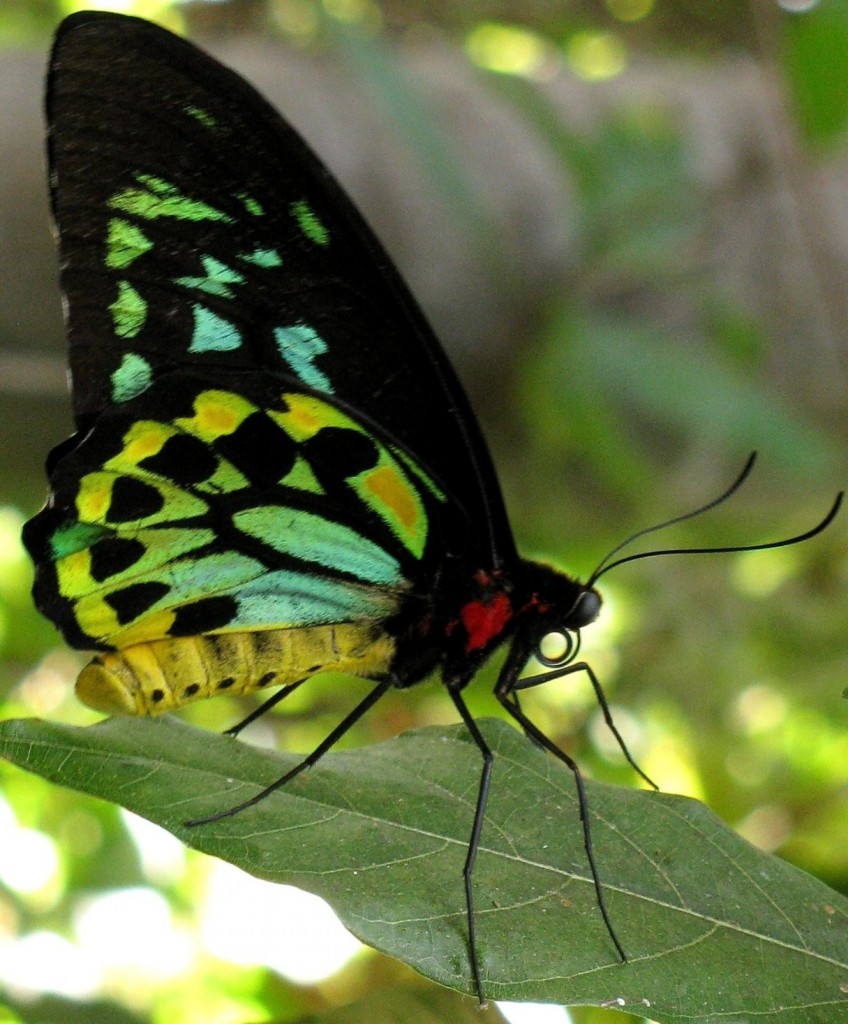 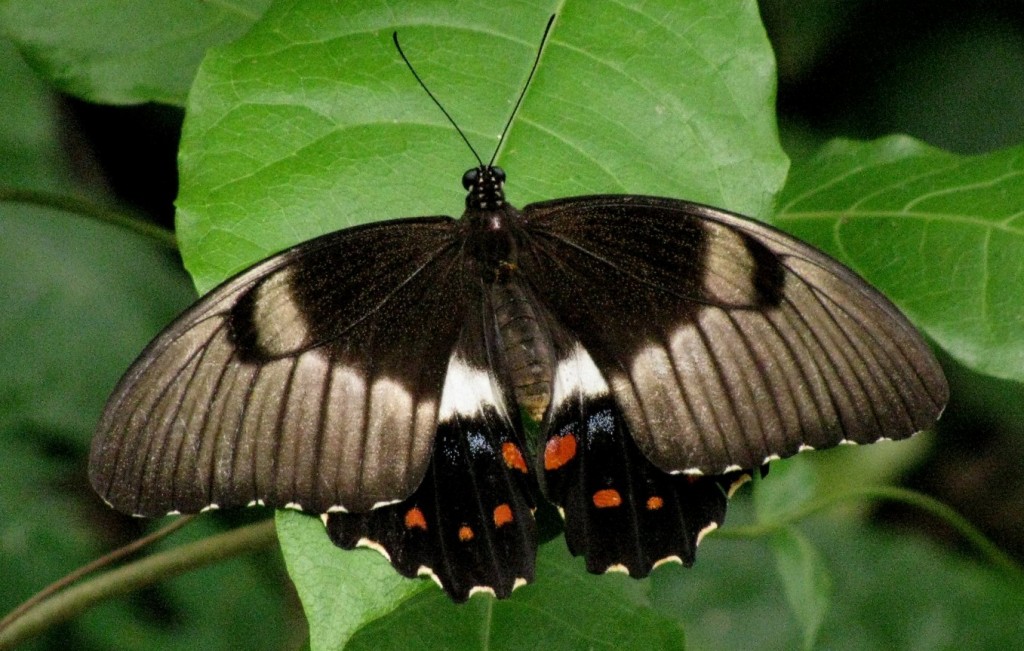