King’s Point, Twillingate, and on to St. John’s, Newfoundland 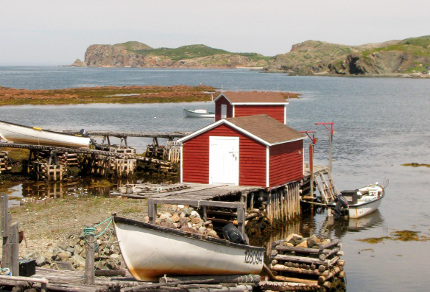 This morning, the early March sky is nearly as white as the snow blanketing our yard. The air is still, damp, cool. Thin,  nearly invisible rain falls in streaks, leaving droplets of moisture suspended from the undersides of bare deciduous twigs, like a million prisms awaiting the sun to set them alight with blue, red, and yellow fire. Black-capped chickadees, blue jays, and crows raid sunflower seeds from the feeder in my front yard. 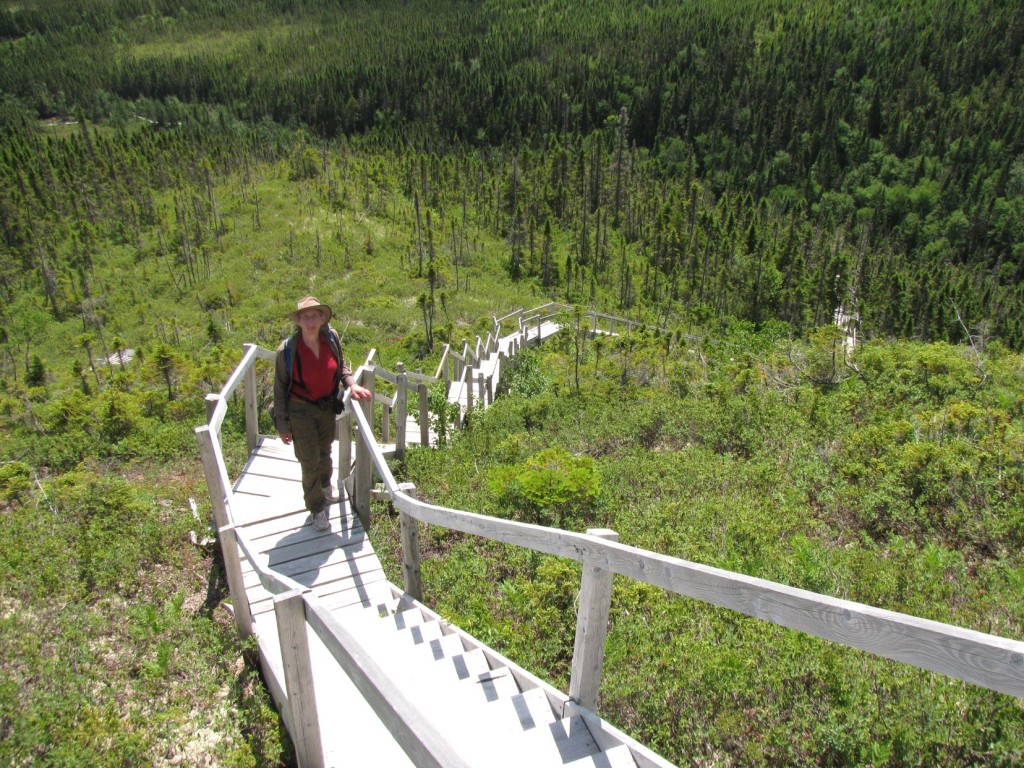 Eight months ago, while Vilis and I camped at Berry Hill in Gros Morne National Park after climbing Gros Morne, coyotes howled in the night, and a suite of fifteen boreal forest birds lured us from our tent and out into a new day in Newfoundland on July 2. Red squirrels chattered from spruce trees, and snowshoe hares grazed on grassy campsites and roadside verges.

We broke camp and left Newfoundland’s west coast behind, heading southeast to Deer Lake and then east across the top of the island to King’s Point and Twillingate, observing vast expanses of boreal forest, a red fox, and numerous roadside gardens planted in pockets of good soil seemingly in the middle of nowhere. At King’s Point, we hiked the 8-kilometre Alexander Murray Hiking Trail, which climbed 340 metres in elevation and led us through forest and moose meadows and up and down thousands of wooden steps. We spotted pink ladyslippers and American toads, enjoyed three waterfalls, and from a lookout at the highest point on the trail, gazed out to the north over expanses of forest and bog to Green Bay. 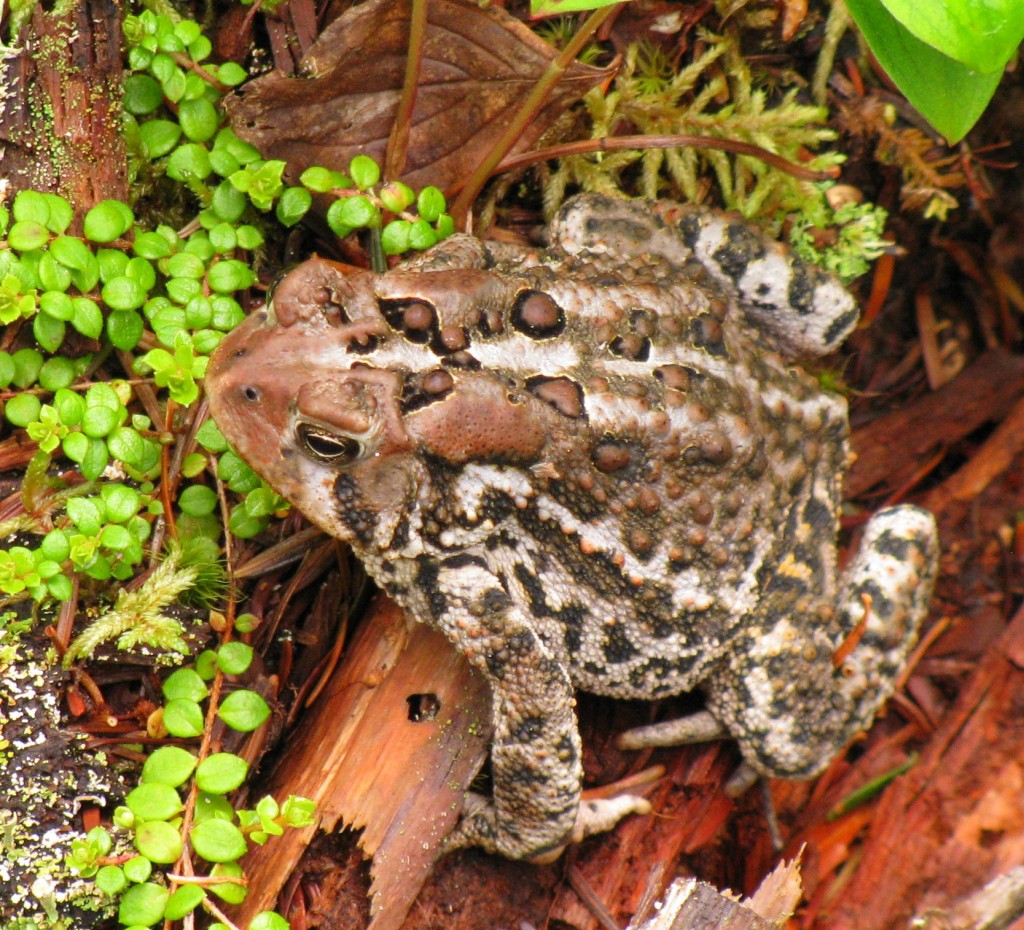 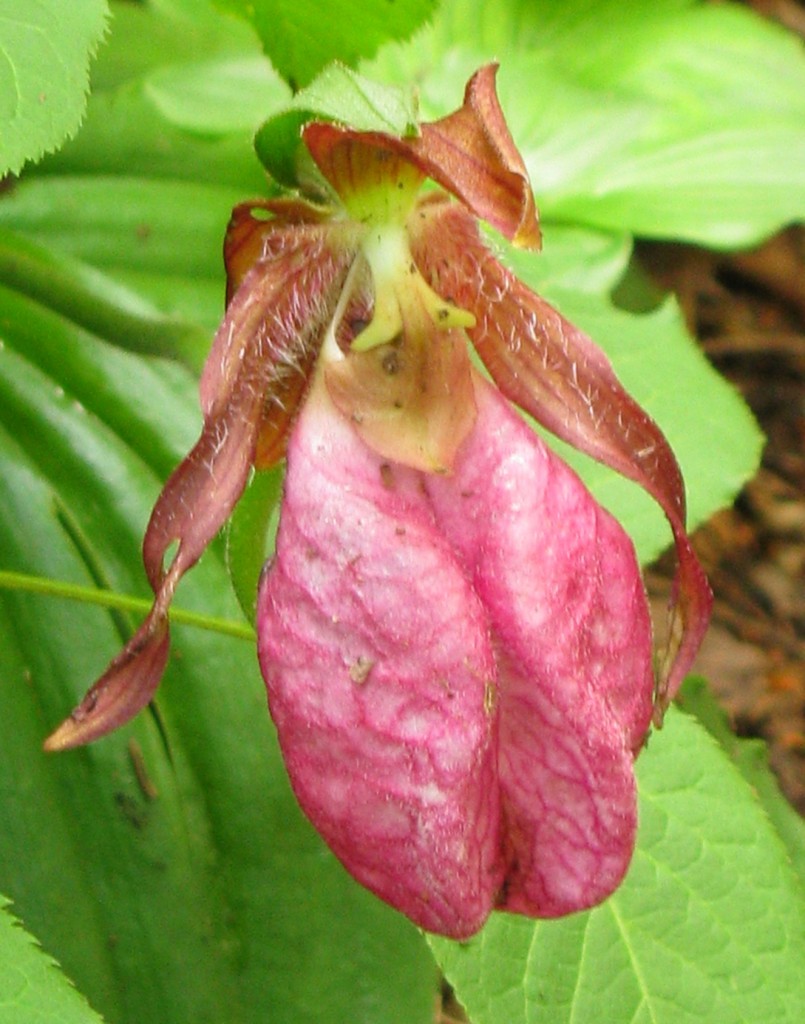 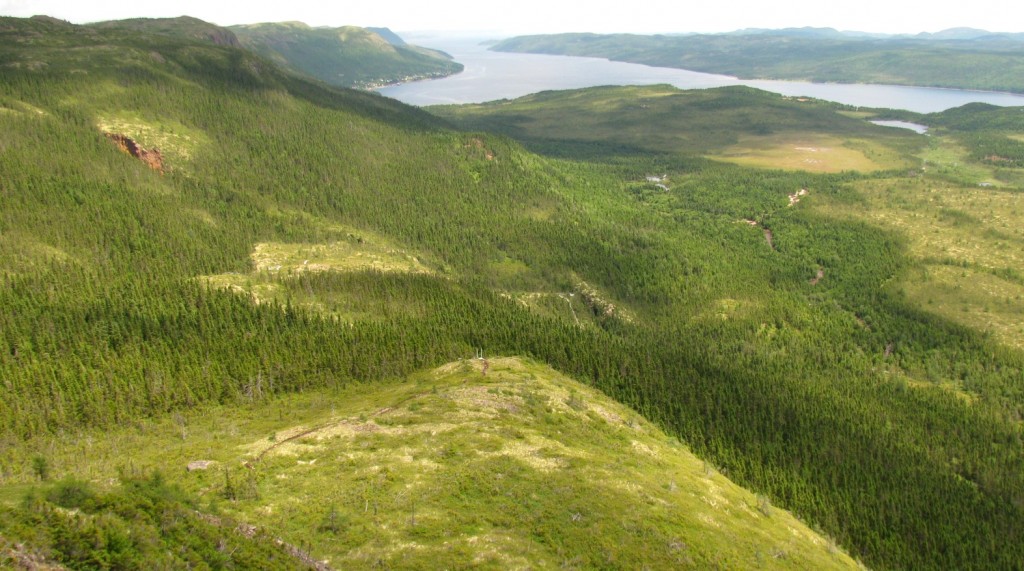 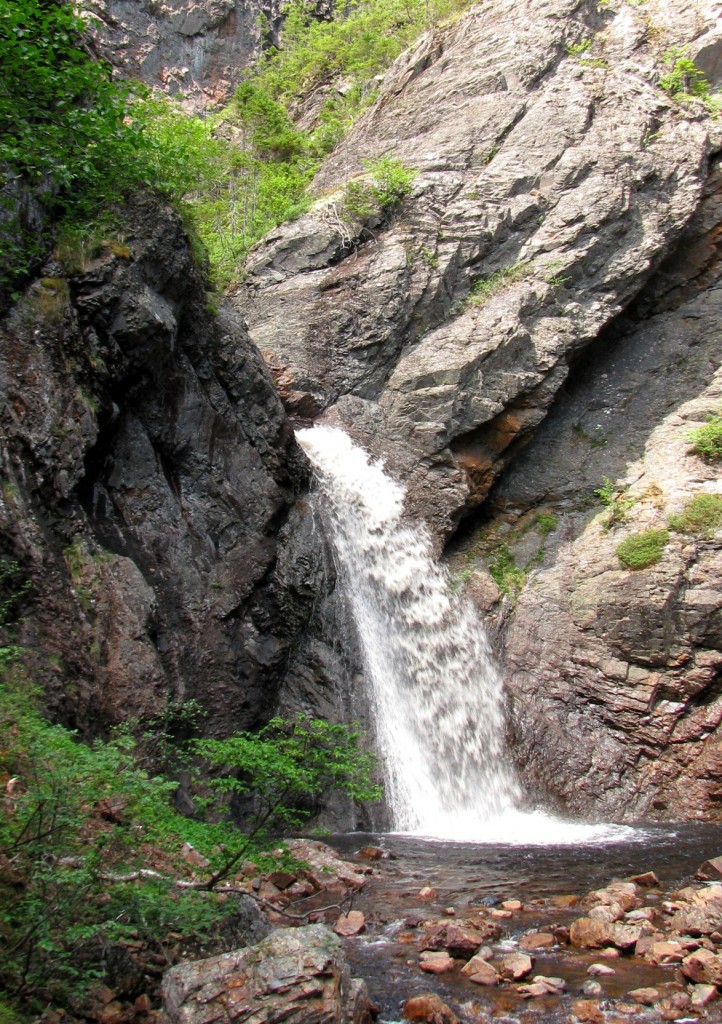 After descending from the lookoff, we bought hamburgers for a late lunch at the King’s Point Canada Day celebration held in a recreation park where the hiking trail begins. An easy-going crowd lined up for burgers and chips and fisherman’s brewis while colourful pennants fluttered and a Newfoundland flag waved alongside the Canadian flag. A woman waiting to order explained that fisherman’s brewis is a Newfoundland delicacy made by soaking hard tack in water overnight, soaking salt fish in water overnight, then cooking the fish and softened hard tack together and serving them with scrunchions, fried salt pork fat.  “It’s dee-licious!” she told us. “But some fattening.” 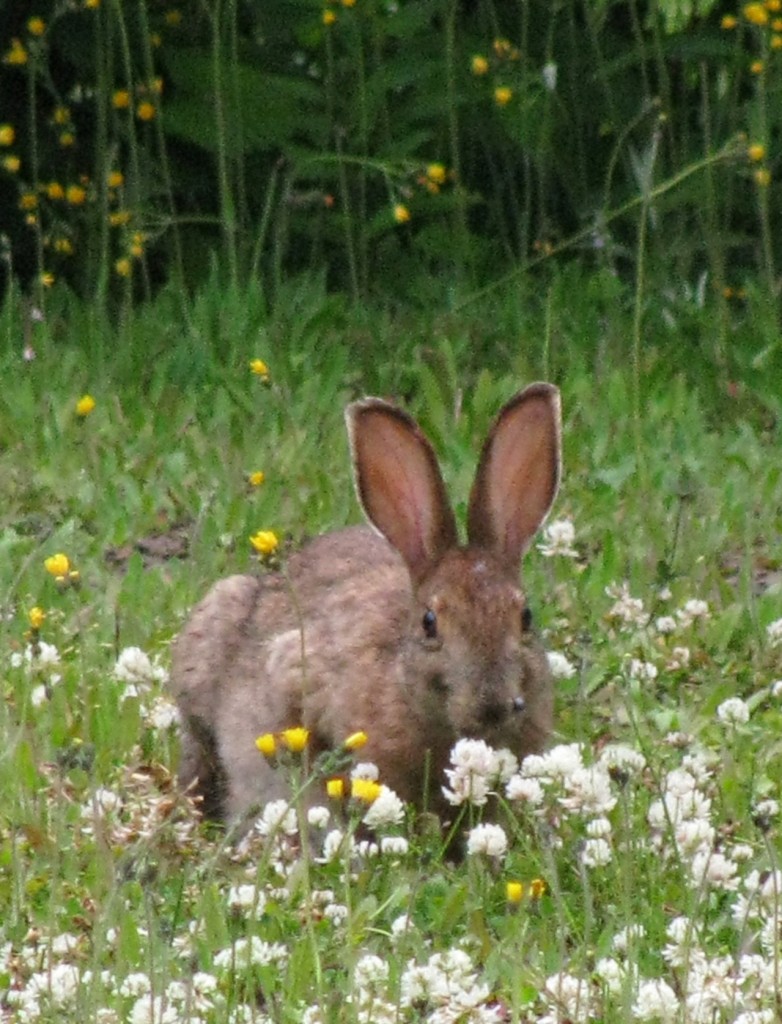 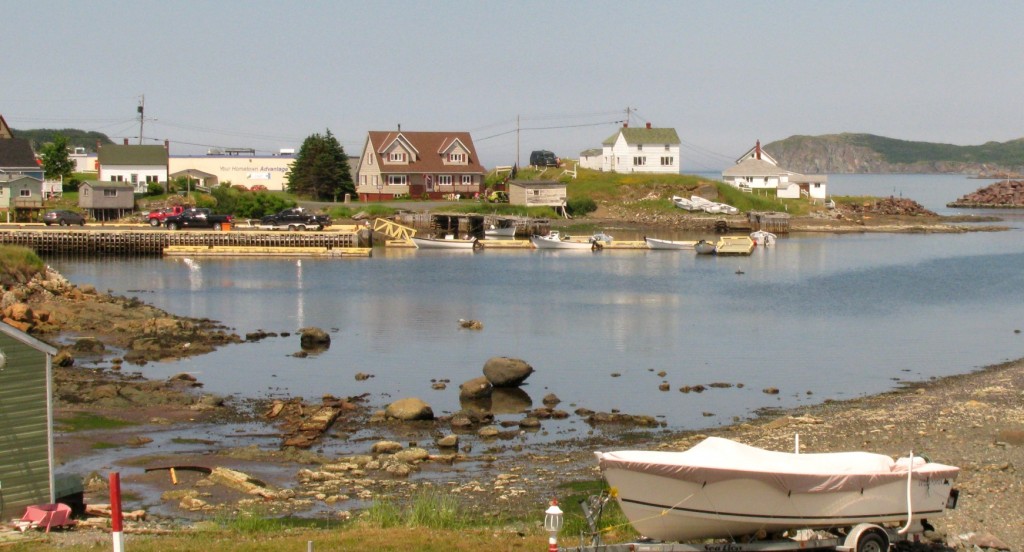 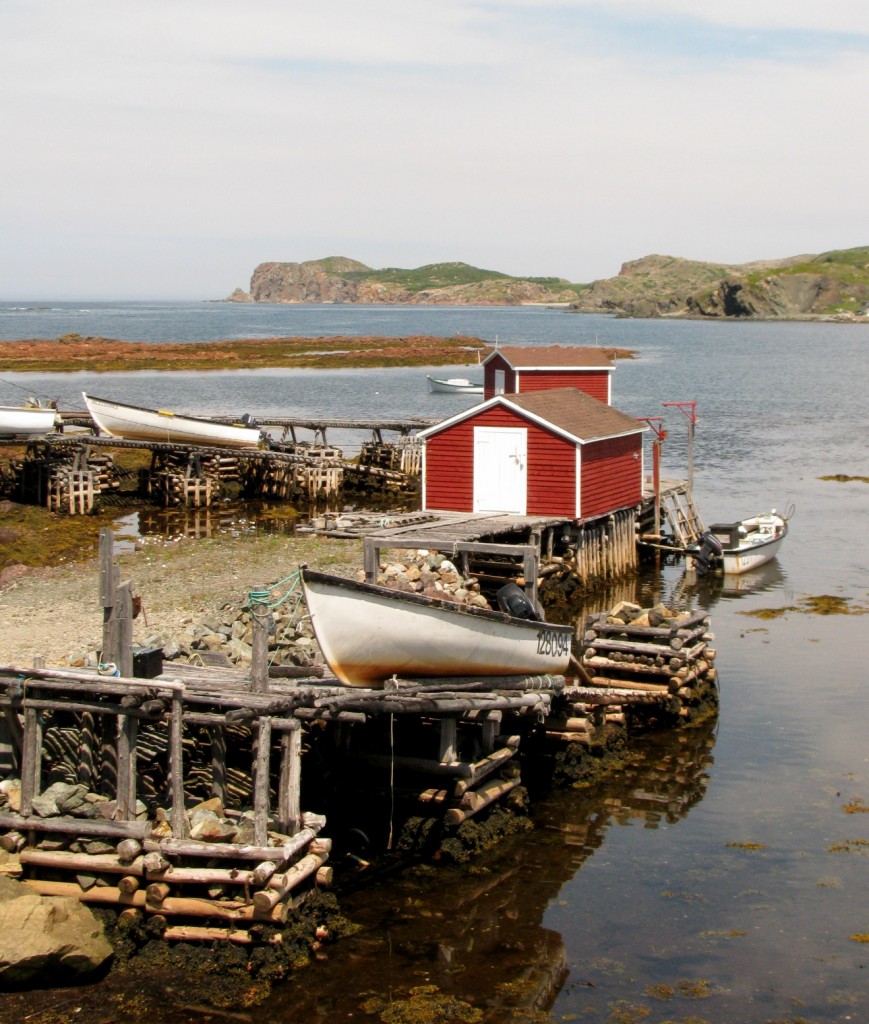 The following day, we hiked a trail in the park to Blackhead and puttered about in and around Twillingate, a picturesque fishing village on the east side of Notre Dame Bay, which on a map looks like a big bite out of the north coast of central Newfoundland. Near Long Point Lighthouse, we hiked over exposed bluffs and stared down sheer cliffs at churning ocean frothing onto rocky shores. I spotted robins, dark-eyed juncos, savannah, fox, and white-throated sparrows in shrubs and open ‘moors,’ and great black-backed, ring-billed, and herring gulls, the last in an offshore island colony.  While Vilis snoozed at Sleepy Cove, I birded my way to Nanny’s Hole, scoring an American pipit on the moors, a northern gannet in flight, and a black guillimot flushing from the water and winging low over rippling waves. We scanned the horizon for icebergs, but saw none to add to the two we’d seen on the Northern Peninsula, one near St. Anthony and the other offshore from Hay Cove. 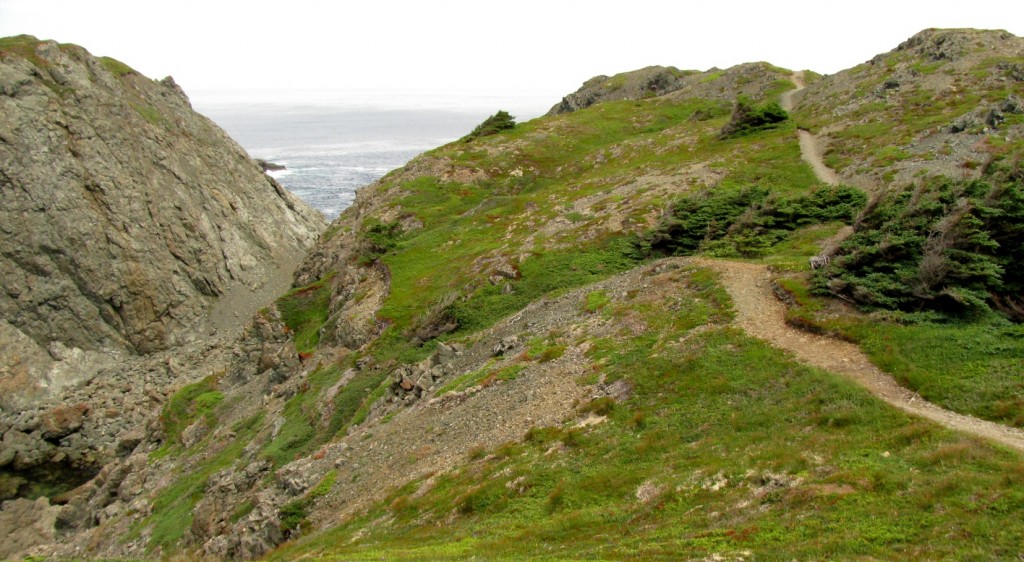 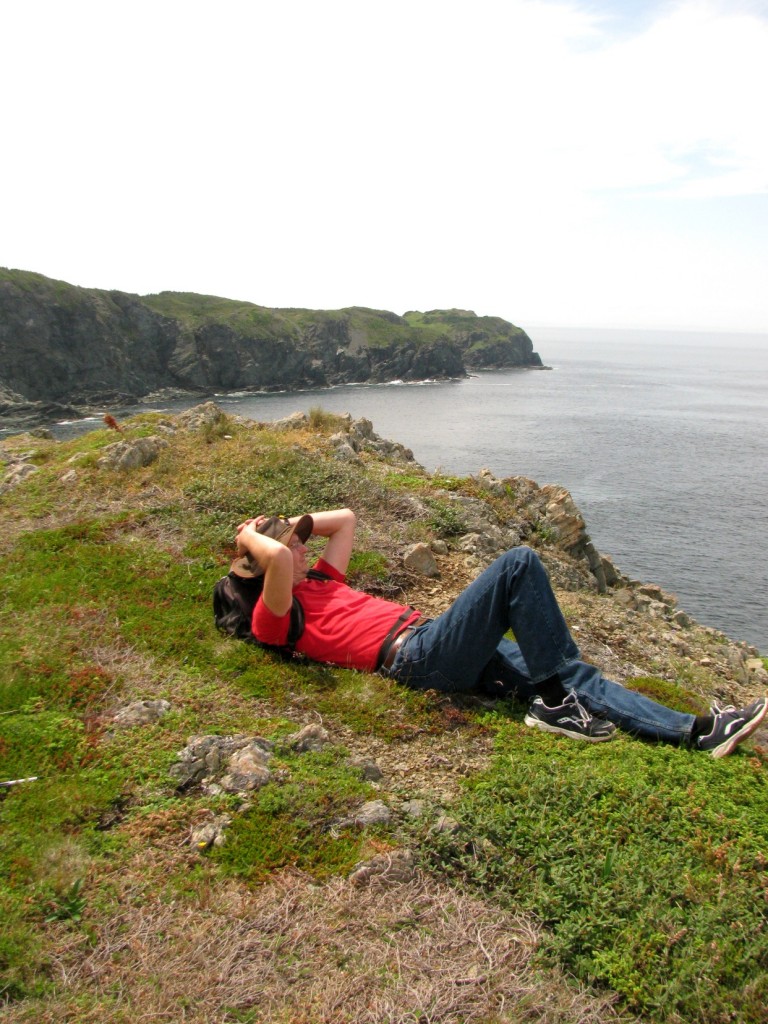 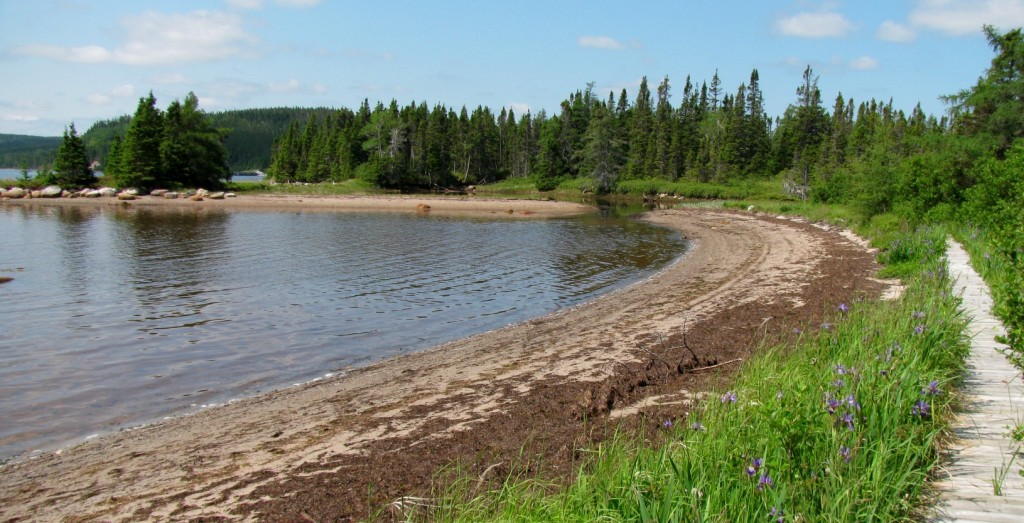 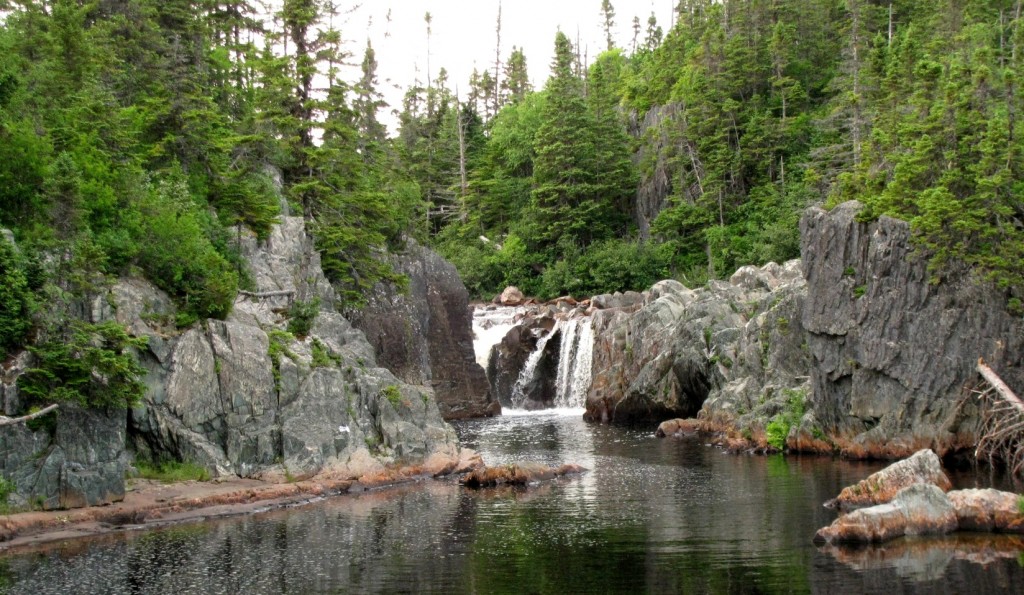 At La Manche Provincial Park, we took a refreshing dip and hiked the La Manche Falls Trail alongside La Manche River to La Manche Falls. Green frogs serenaded us from trailside marsh, and I spotted a gorgeous male pine grosbeak, with his grey and red plumage near our campsite in open coniferous woodland. 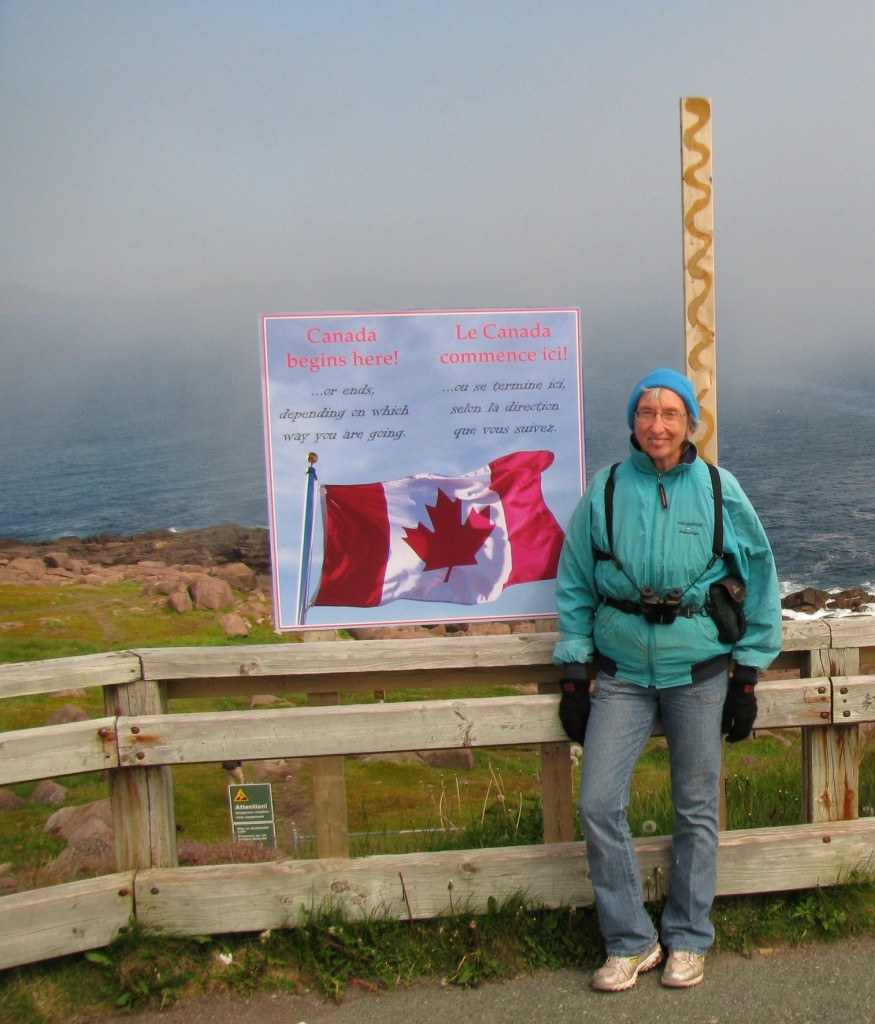 Here I am at Cape Spear (© Vilis Nams)

On July 5, we awoke to overcast skies and cool temperatures which metamorphosed into Newfoundland’s classic pea-soup fog as we drove to Cape Spear, Canada’s most easterly point. 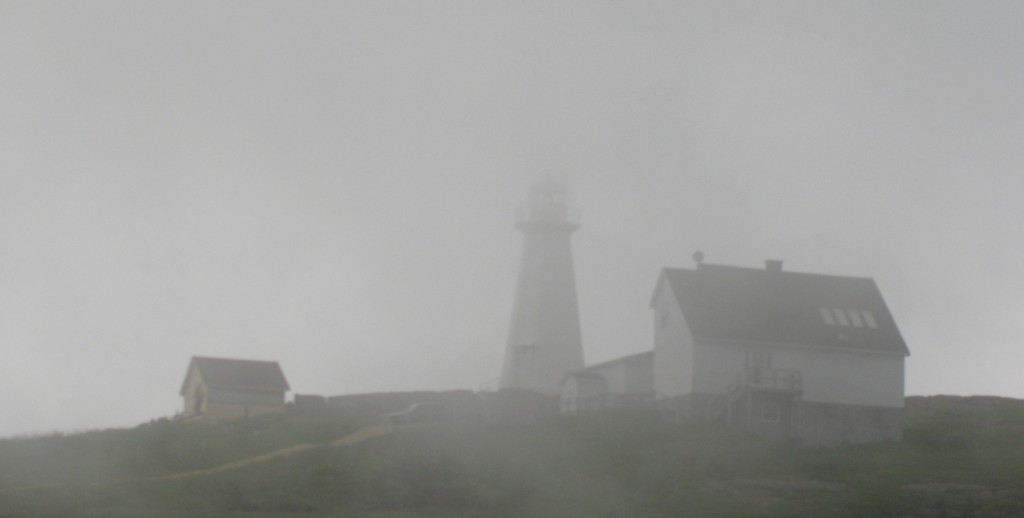 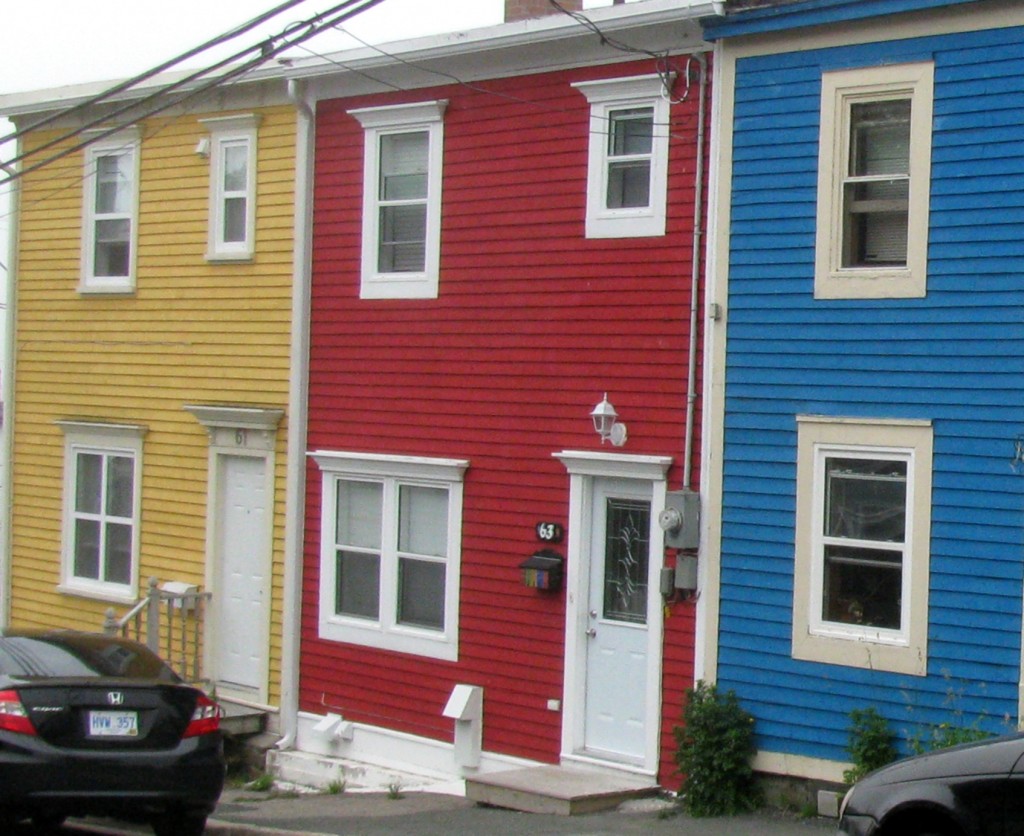 During the afternoon, the fog lifted sufficiently for us to take a boat tour of Witless Bay Ecological Rerserve (next post). During the evening, we enjoyed a salmon supper and Newfoundland entertainment in song and drama at a summer dinner theatre in Ferryland. Then we returned to La Manche Provincial Park and again camped in open woodland on the edge of the Atlantic. 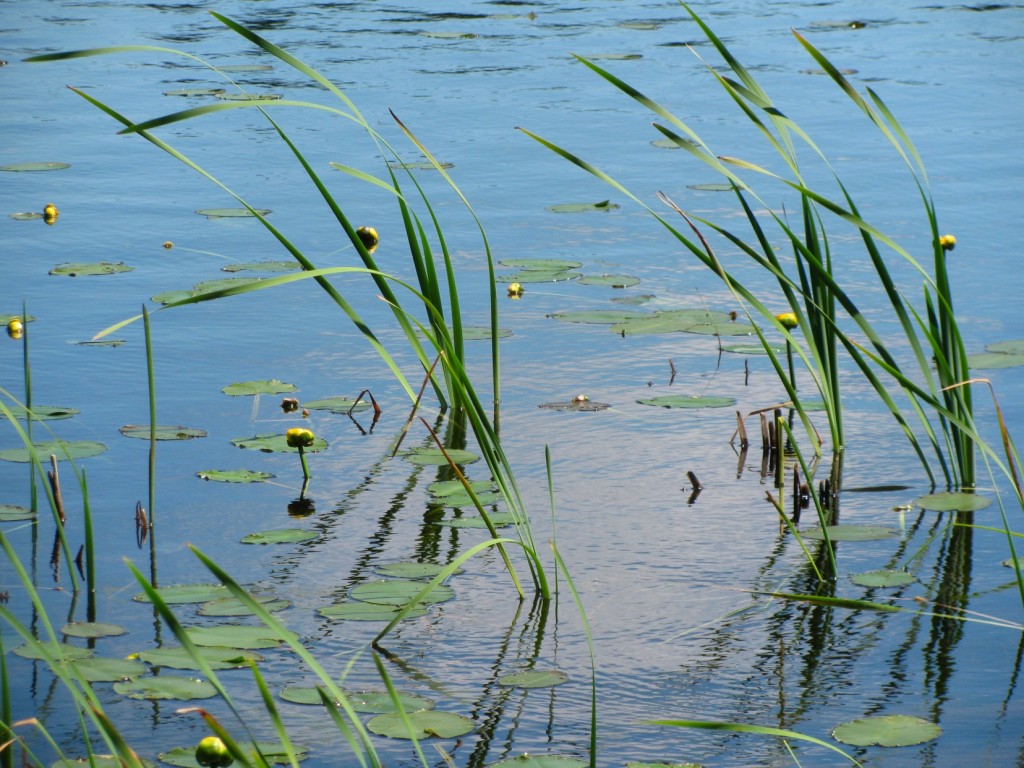 2 thoughts on “King’s Point, Twillingate, and on to St. John’s, Newfoundland”