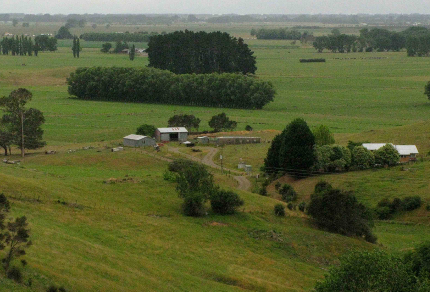 This morning, Vilis and I revelled in the blessed coolness of 18°C in Auckland, the weather a far cry from the circa 30°C temperatures and high humidity we had experienced in Townsville, North Queensland, during the weeks prior to our departure from Australia yesterday. Drizzle spilled from an overcast sky, and we were repeatedly told by Kiwis that a months-long dry spell had ended yesterday, with more rain forecast for the coming week. After arranging to rent a ‘micro camper’ (not the minivan we expected, but a beater Nissan station wagon equipped with a rear awning), we stocked up on food supplies and were again regaled with the rain-arrived and rain-coming weather forecast, courtesy of a grocery store cashier. “But it’s not enough to make the farmers happy,” she added. “No?” I inquired, to which she shook her head and responded, “Some places have already been declared drought zones. That doesn’t usually happen until February.”

Equipped, we headed south through Auckland, noting the prominence of Māori street names and several bilingual English/Māori signs. Although the reconciliation process between whites and Aborigines and Torres Strait Islanders in Australia is underway, neither Vilis nor I saw anywhere as much cultural recognition of those groups in Australia as we saw of the Māori – the founding humans of New Zealand or Aotearoa, ‘Land of the Long White Cloud’– in Auckland. In Australia, the Indigenous peoples are still marginalized, still recovering from institutionalized racism.

In rain, we drove the Southern Motorway out of the city and entered classic North Island dairy country of pastures terraced by hoofs and carpeting plains and steep, conical hills, with remnants of native scrub tucked into ravines, and rolling plantations of Monterey pine, Pinus radiata, thrown into the mix. We spotted invasive gorse shrubs and a sprinkling of hedges, although none of the latter could compare with the towering, sheared walls of trees that surround paddocks and pastures in the South Island’s dry, windy region of Canterbury, where Vilis, I, and our two sons lived for nearly a year a decade ago. 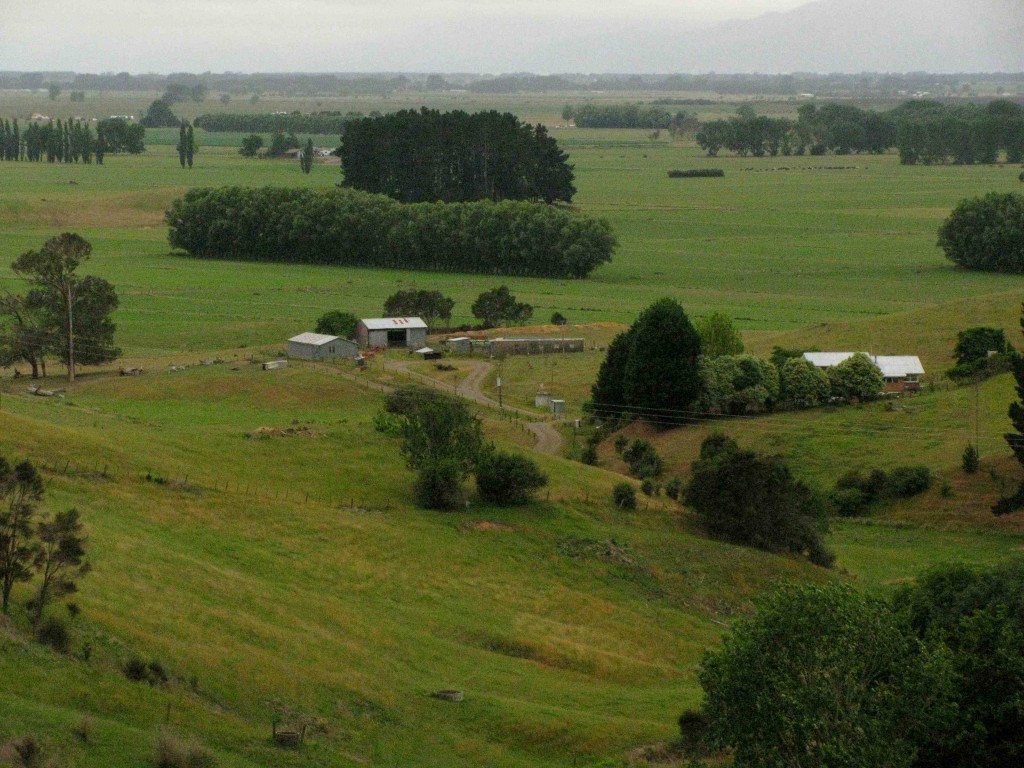 We angled southeast toward Matamata, known now as ‘Hobbit Land’, but a decade ago known to my family as the place with the luxurious hot pools and warmest outdoor swimming pool we’d experienced. As Vilis guided the car over twisting highways and tawny hills, he and I called out the names of native New Zealand plants growing along the roadsides – graceful tussocks of toetoe and robust clumps of flax, spiky-leaved cabbage trees with kinky branches etched against the sky. Introduced Lombardi poplars grew tall and elegant as hedgerows on sweeping farms, yet not all was tamed, for ranges of bush-clad hills to the west spoke of wilderness. I spotted native Australasian harriers skimming low over pastures on V-wings, and a white-faced heron, but these were far outnumbered by introduced mynas, blackbirds, starlings, and house sparrows feeding beside the highway or winging across it. At the Opal Hot Springs Holiday Park, we set up the ‘micro camper’ and then soaked in mineral pools 37°C and 39°C in temperature. When we needed to cool off, we swam beneath carded wool clouds coloured shades of wood smoke, in a swimming pool heated by geothermal energy pushed through thin earth crust over guts of magma.  This was New Zealand, North Island.