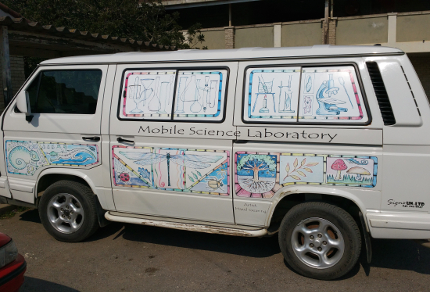 Last week, I had the privilege of visiting Nombulelo Secondary School in the Joza area of Grahamstown as a guest of Cheryl Craig, instructor for Grahamstown’s Mobile Science Laboratory unit on electrical resistance. 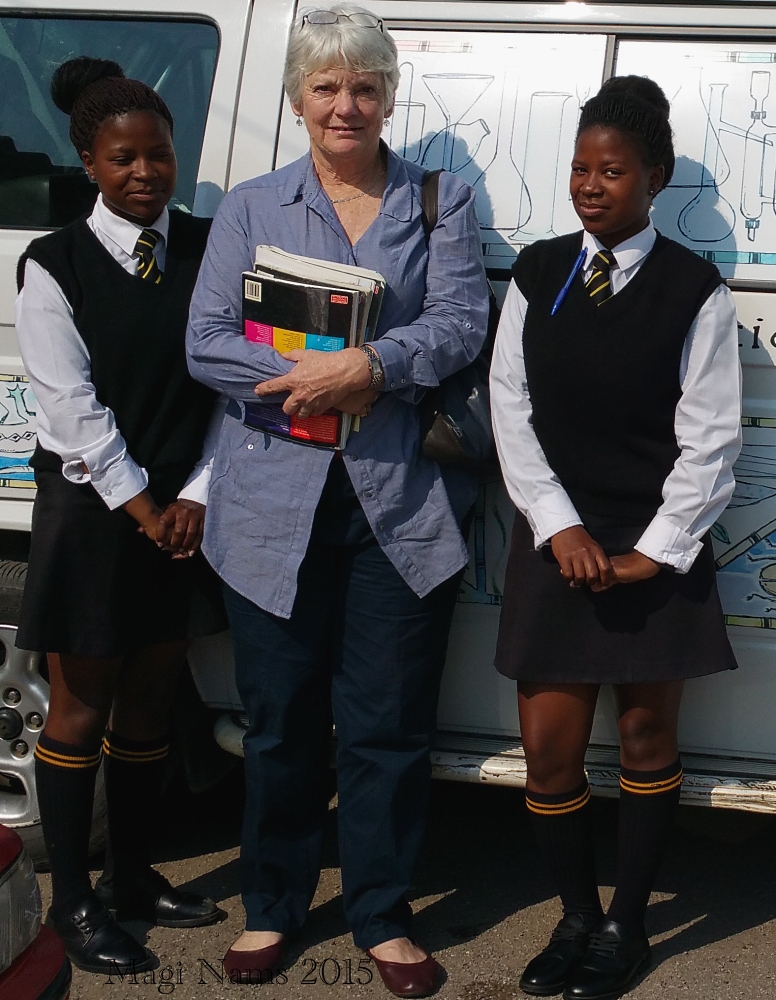 A privately funded initiative, the Mobile Science Laboratory is operated by Rhodes University as an educational outreach program. It offers township schools, which do not have laboratory facilities, the use of scientific equipment and expertise that enable learners to study scientific concepts by doing hands-on investigations. Cheryl’s task was to lead Grade 9 classes through an investigation of factors that affect resistance in an electrical circuit. 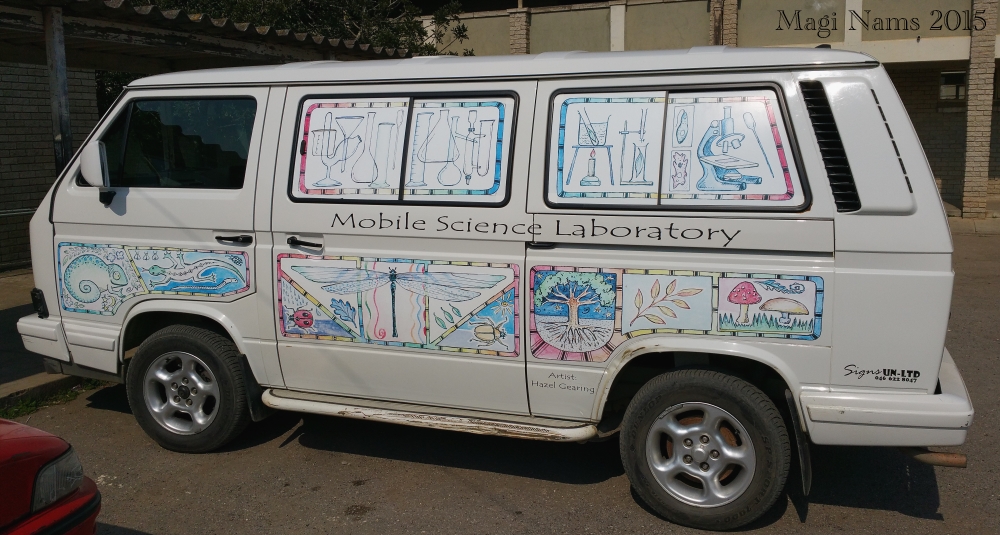 Break was still on when we arrived at the school. Neatly uniformed learners stood in the sunshine outdoors, laughing and conversing while two goats wandered through the schoolyard. The Mobile Science Laboratory – a van painted with eye-catching images that depicted the natural, chemical and physical sciences – was parked near the school entrance. Cheryl explained that the van was fitted with storage racks that held the scientific equipment needed for labs and that the van and equipment were stored at Rhodes University when not in use.

Inside Nombulelo Secondary School – a beige brick building with a brown clay tile roof – Grade 9 learners noisily entered the lab classroom, which had three rows of paired desks. The paired desks in a given row faced each other, effectively creating a long table. Blackboards covered three walls of the room. The fourth wall was a bank of windows, some of which had been opened to allow in a warm breeze. 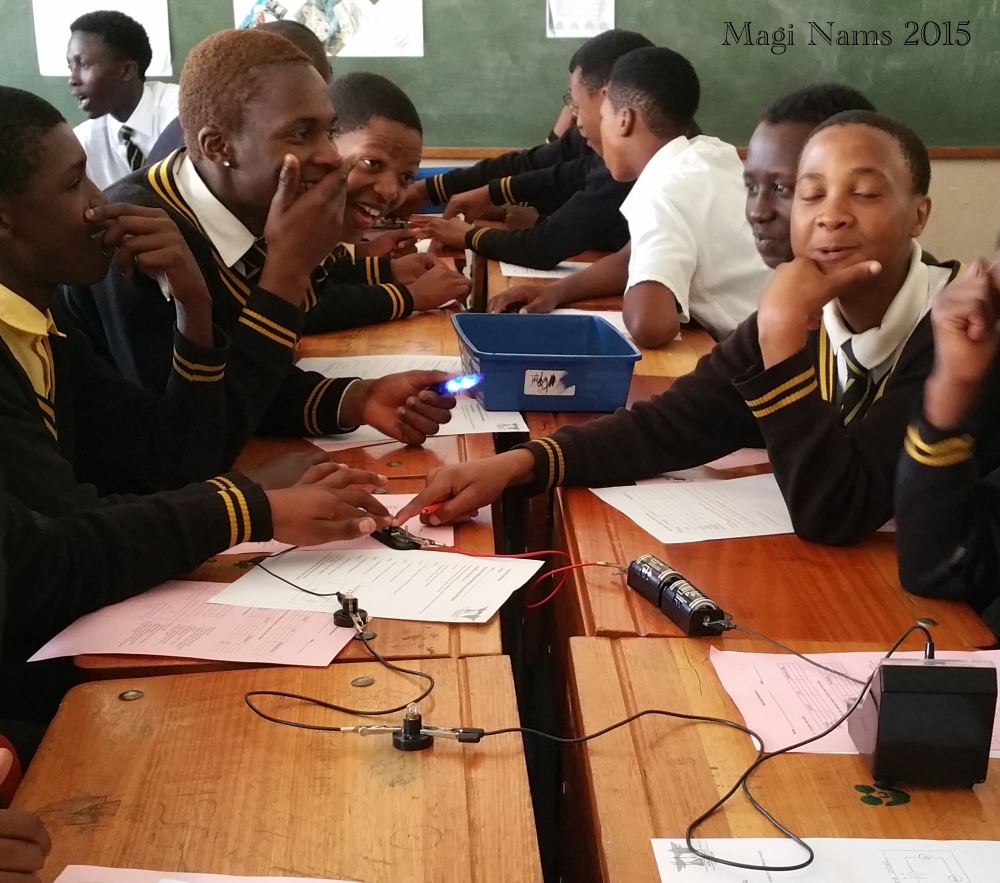 When the learners got the go-ahead to assemble their circuits, the classroom again erupted into loud conversation. Eventually, all six of the groups conducting the investigation had completed their circuits and reported their results, which indicated that the electrical current they had measured was inversely related to resistance. The learners busily copied data from the blackboard and filled in discussion answers on handout sheets. The hectic class ended with a roomful of smiles and resounding applause for Cheryl. 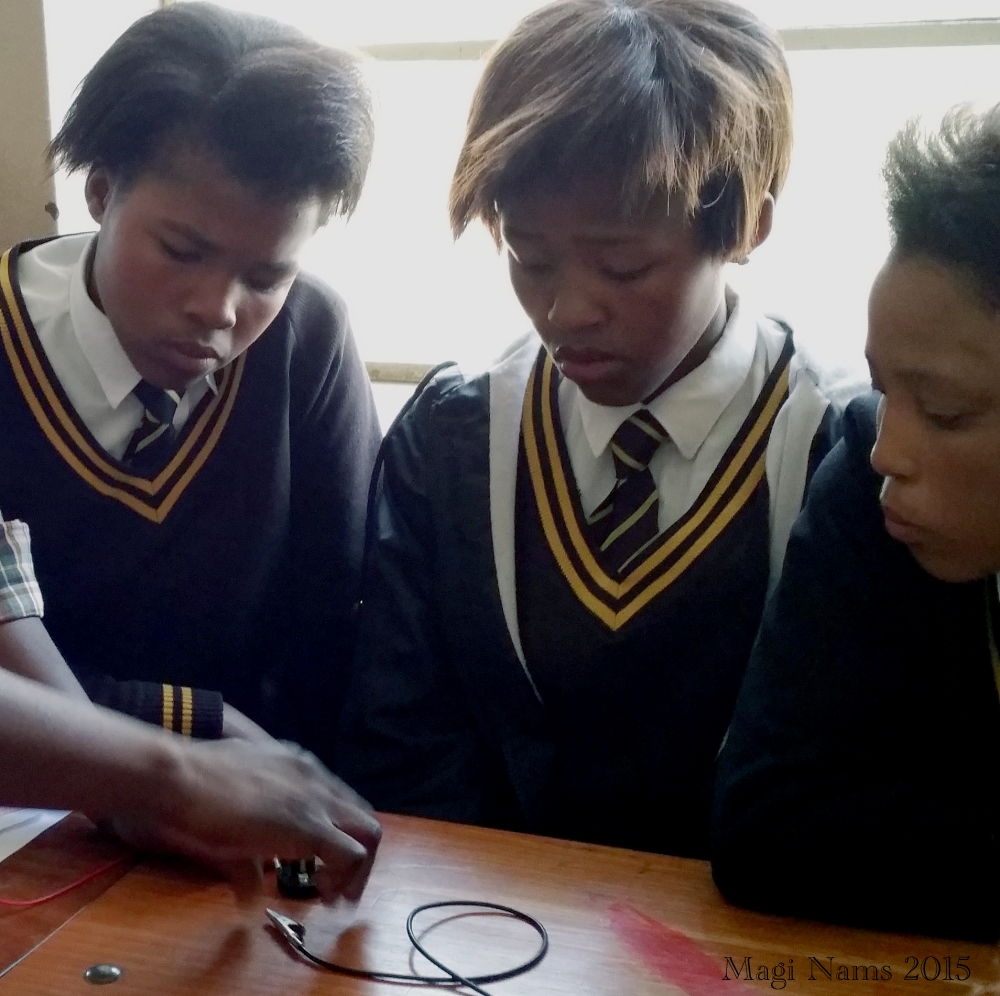