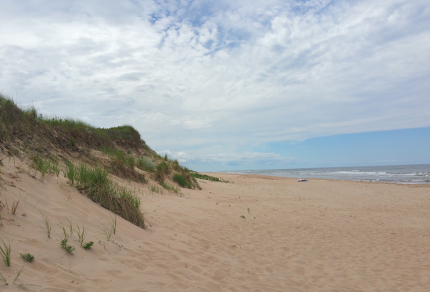 Situated in the Northumberland Strait and protected by Quebec’s Gaspé Peninsula and Nova Scotia’s Cape Breton Island, Prince Edward Island is Canada’s smallest province, both in terms of land area (5686 km2) and population (142,900).1 In mid-July 2017, Vilis and I drove the 14-km Confederation Bridge that spans the Northumberland Strait and links New Brunswick to Prince Edward Island, often referred to as PEI or, here in the Maritimes, as simply the Island. 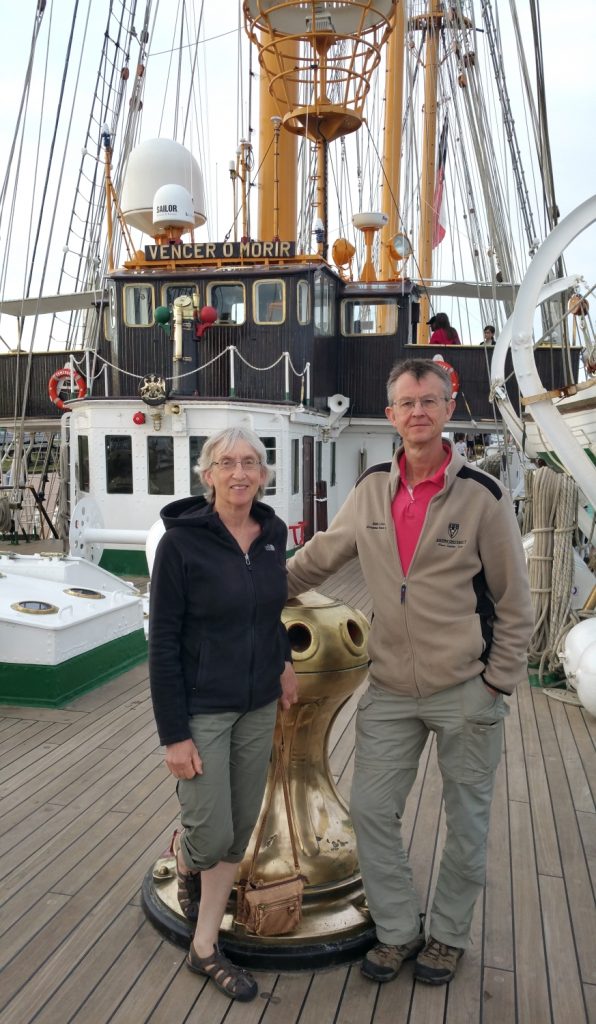 For three days, we explored the Island, mixing outdoor pursuits and cultural events. Time seemed to slow down; I think this was because PEI is so small, it doesn’t take long to get anywhere. On our first day, we visited the Vesey’s Seeds trial gardens in York and hurried from a Chinese food dinner in Winsloe to Lennie Gallant’s soul-stirring Searching for Abegweit evening concert at Harbourfront Theatre in Summerside.

On our second day, we cycled the bike path at Brackley Beach, lunched on seafood at an oceanside kiosk, toured the Chilean naval training tall ship Esmeralda docked in port at Charlottetown and sampled delicious and deservedly famous Cows ice cream.

On our third day, we hiked/biked hilly Gairloch Road Trail through forest near Iona and drove north to the Greenwich section of Prince Edward Island National Park, where we walked on a pale beach backed by wind- and wave-scupted sand dunes. Too soon, it was time to drive from the Island’s north shore to south shore and catch the late afternoon Northumberland Ferries crossing from Wood Islands to Caribou, Nova Scotia.

Throughout our time on Prince Edward Island, I was struck by the province’s gentle beauty. We enjoyed views of lush farms, red soil, expansive beaches, picturesque marinas, and colourful architecture in downtown Charlottetown. As we drove home from the Caribou ferry terminal on Nova Scotia’s north shore, Vilis and I wondered why we don’t visit the Island more often. That small, green part of Canada just across Northumberland Strait from us has so much to offer! Below, I’ve included a collection of photos from our Island visit. Enjoy! 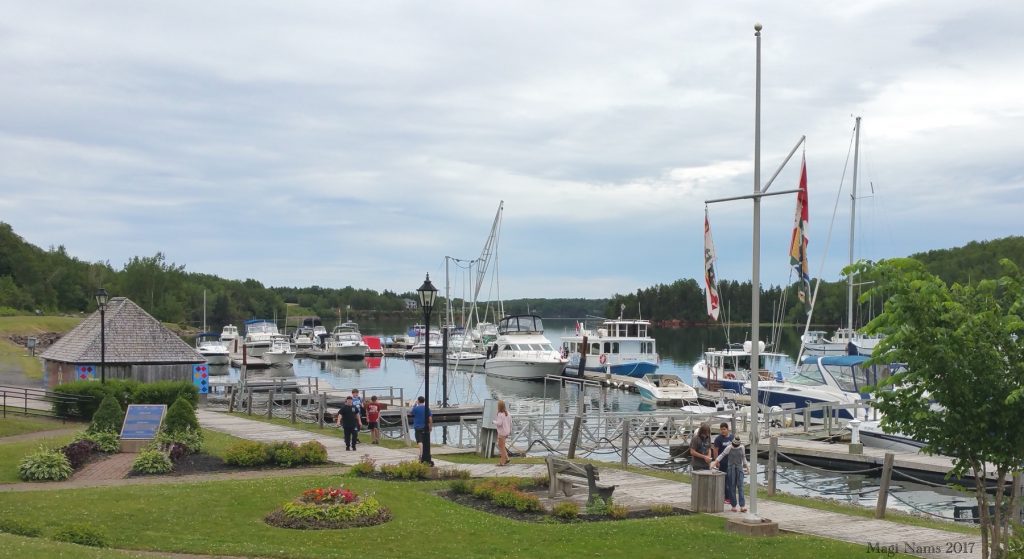 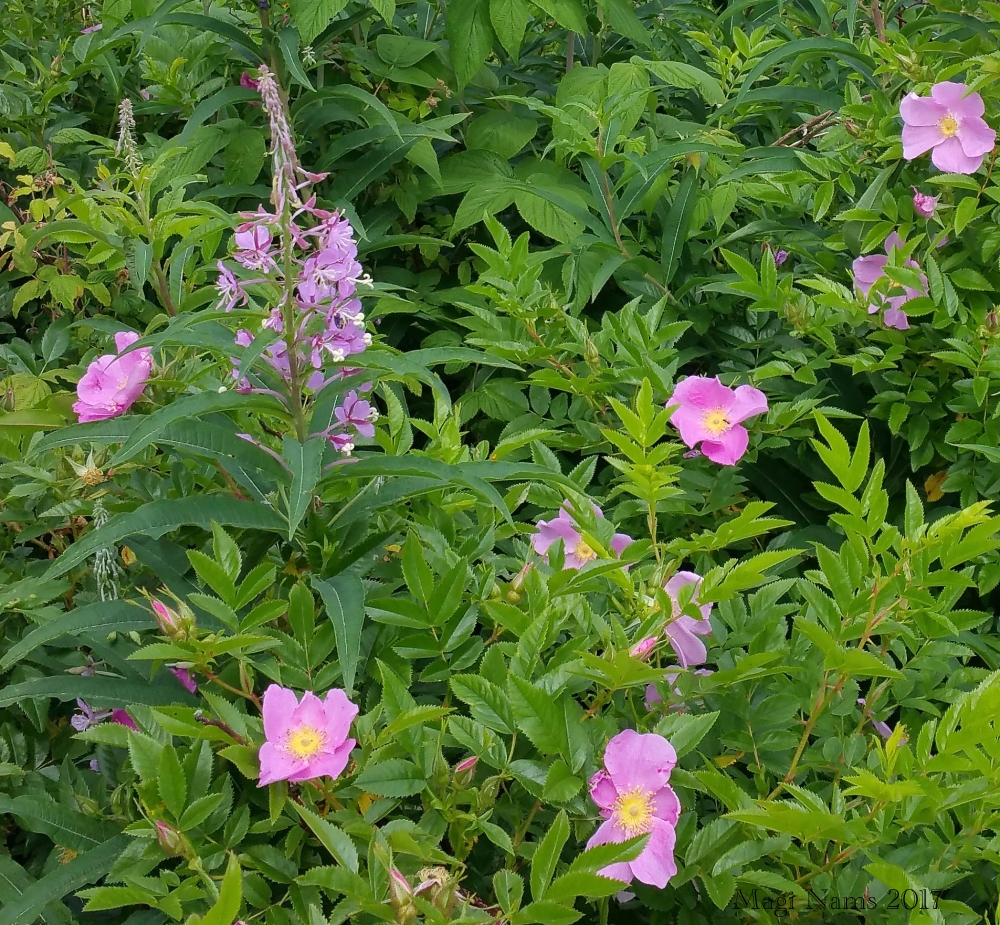 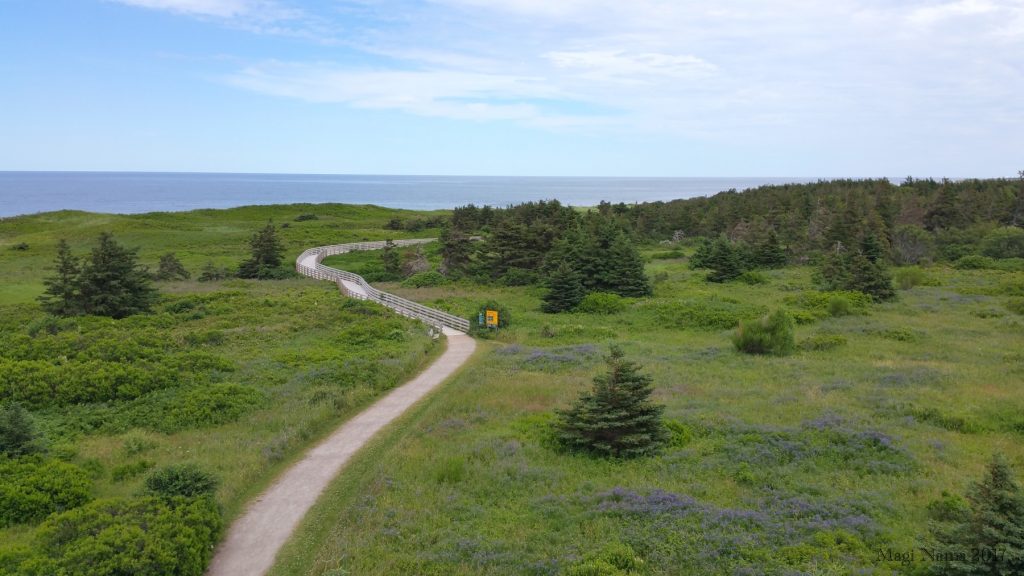 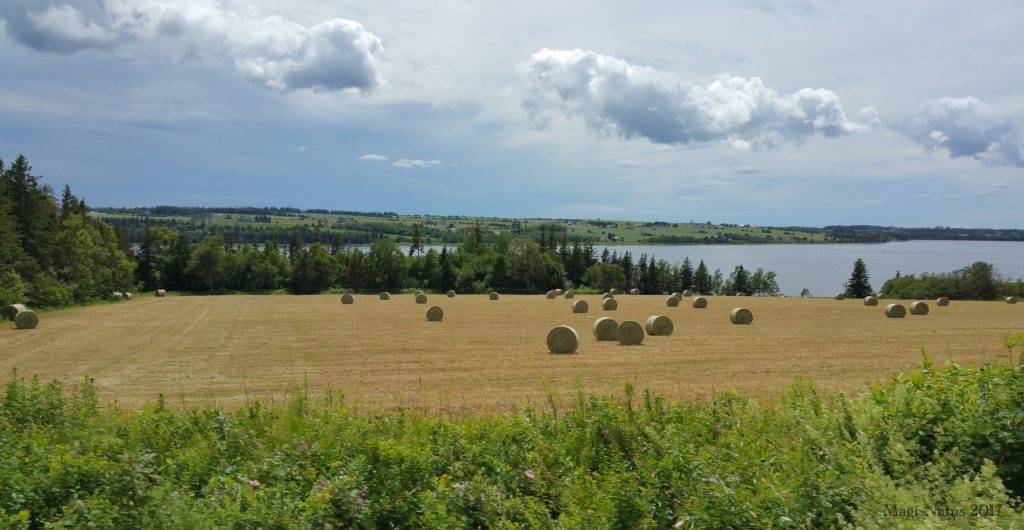 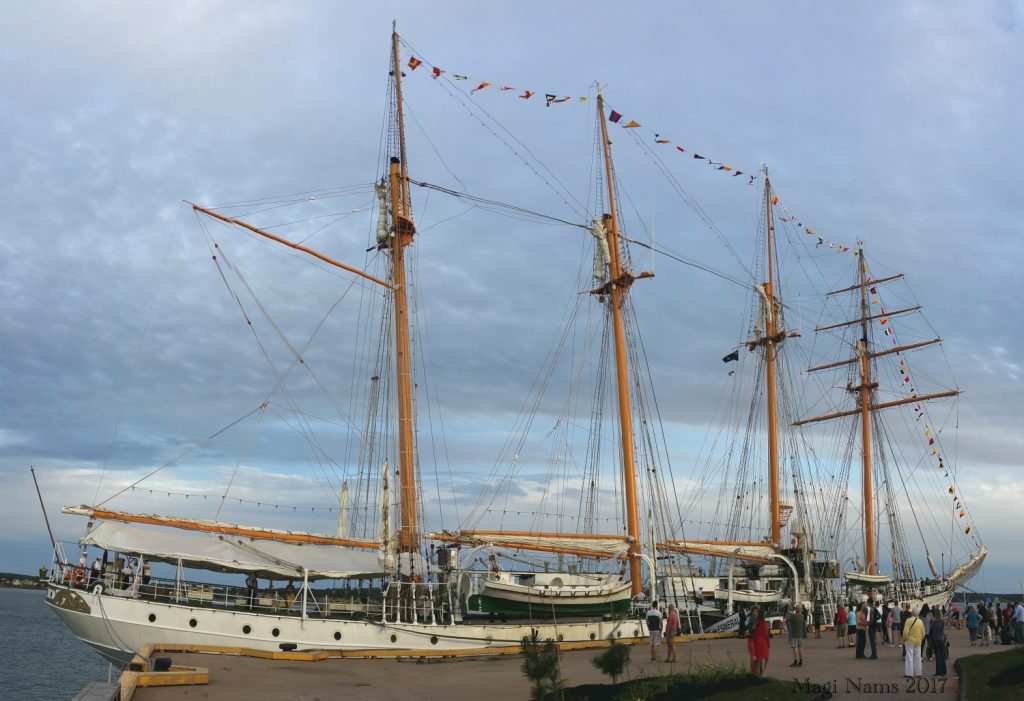 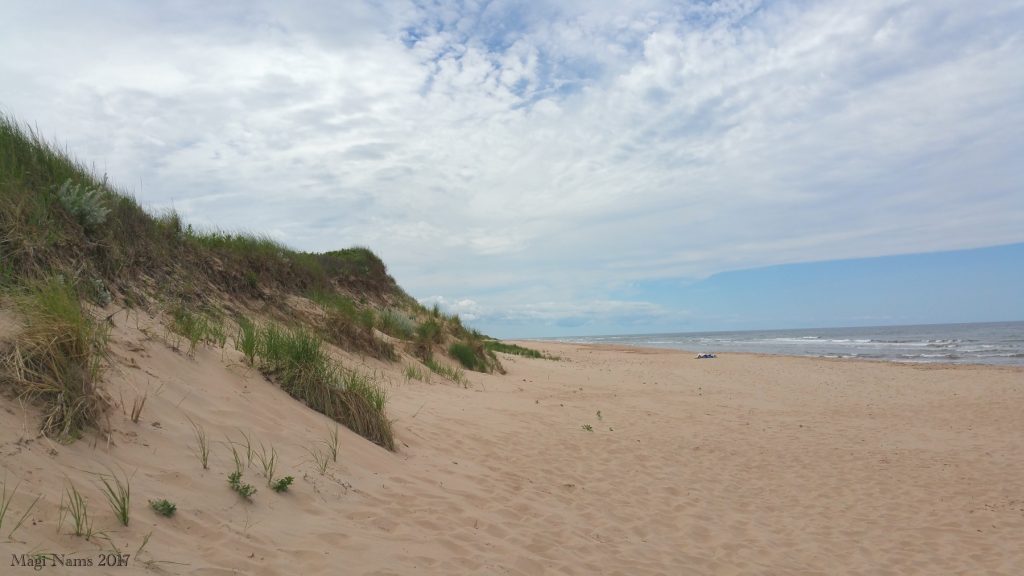 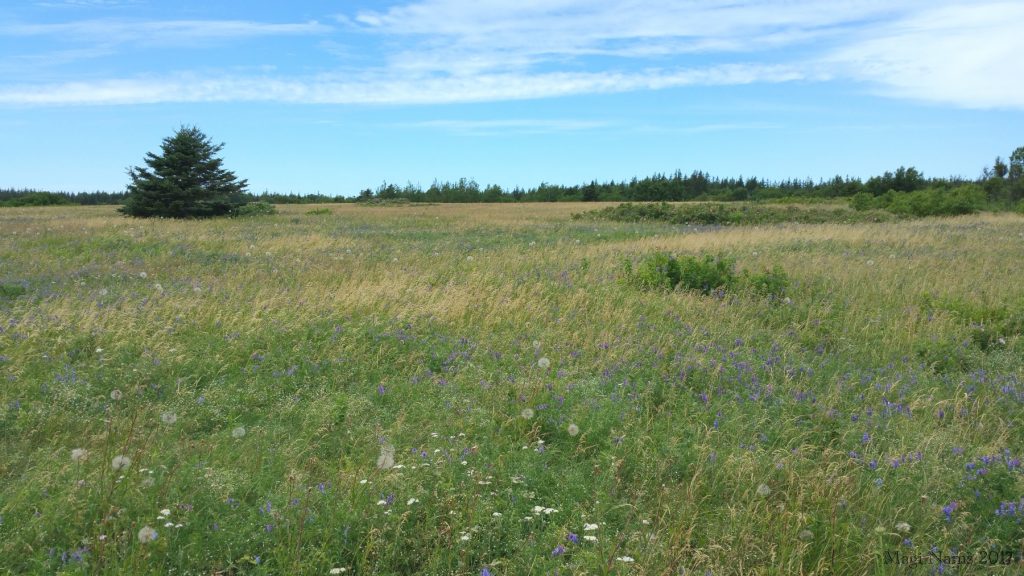