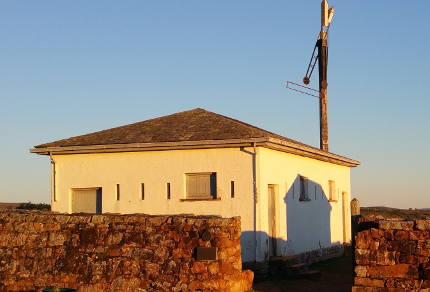 In the brilliant light of a clear South African morning, I ran up Grahamstown’s Gunfire Hill at sunrise and was greeted by stunning views of the 1820 Settlers National Monument and Fort Selwyn.

This morning, cold air stung my bare hands and arms as I ran the stone path up Grahamstown’s Gunfire Hill at sunrise. Golden sunlight cascaded over the steep incline and bathed 1820 Settlers National Monument and Fort Selwyn in the brilliant light of a clear South African winter morning. (Tap on photos to enlarge.)

Built in 1835-36 during the British colony’s 6th Frontier War with the Xhosa people, Fort Selwyn‘s role was to protect the approaches to Grahamstown and the town’s water supply. From the summit of Gunfire Hill, the Royal Artillery stationed at the fort kept watch over surrounding ravines. A semaphore tower was erected in 1845 to link Grahamstown with two other forts, but frequent mists and hazy skies rendered it ineffective. Every morning until 1870, the Royal Artillery fired a cannon at 9 a.m. (hence the hill’s name, Gunfire Hill). The fort was also used during the Anglo-Boer War of 1899-1902. In 1936, it was declared a national monument.

The 1820 Settlers National Monument opened in 1974, to honour the contributions made by English settlers to the development of South Africa. Called a “living monument,” it is a conference and performing arts centre, and also the largest venue used during the National Arts Festival each winter. (See my post, National Arts Festival in Grahamstown.) 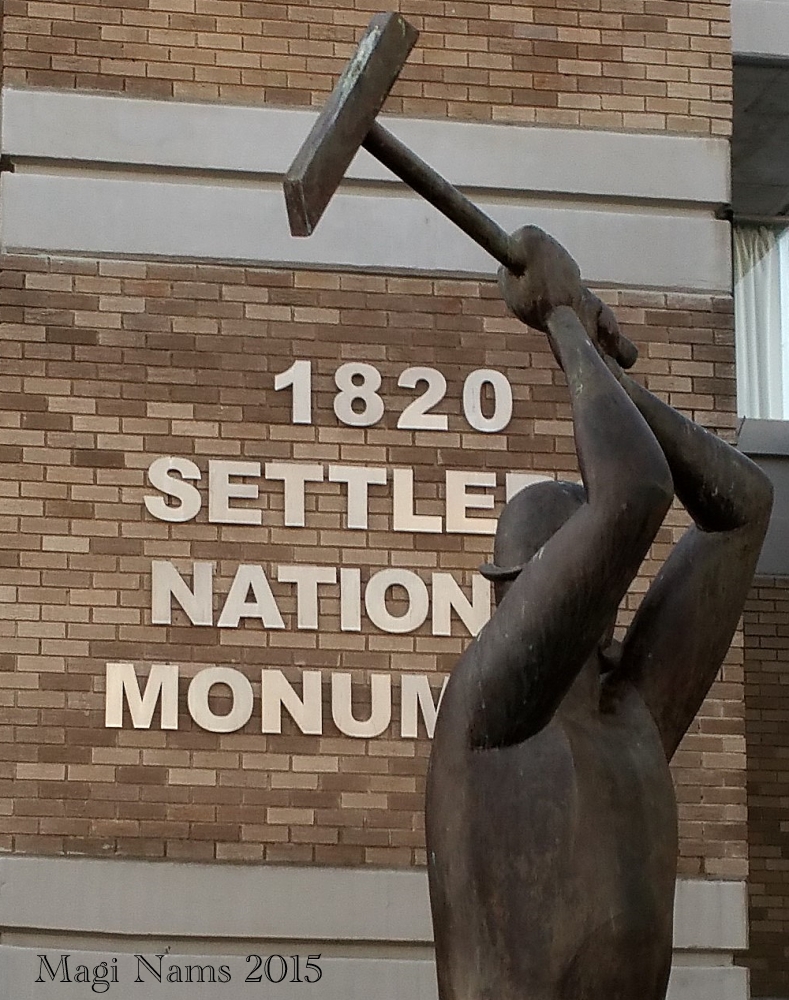 I jogged south from the monument and fort, looking for a statue of two English settlers, a man and woman, that I’d seen on the day Vilis and I arrived in South Africa. We had taken a wrong turn after driving to Grahamstown from Port Elizabeth and had ended up at the 1820 Settlers National Monument. Today I found the statue past the parking lots, in a garden beside Lucas Avenue. Sunshine lit the sculpted faces and blazed across the grassy hillsides beyond, like a new beginning. Glorious! This morning, Grahamstown’s Gunfire Hill at sunrise was truly magnificent. 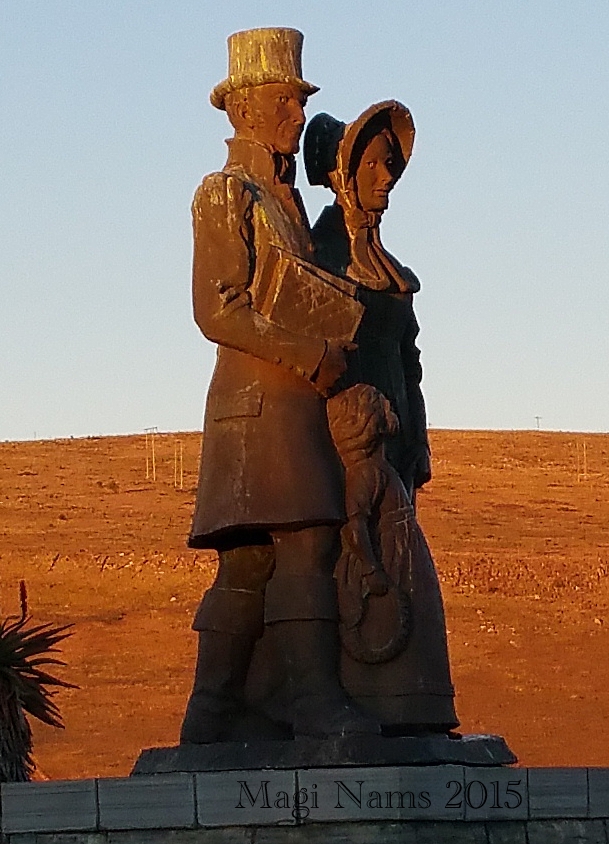