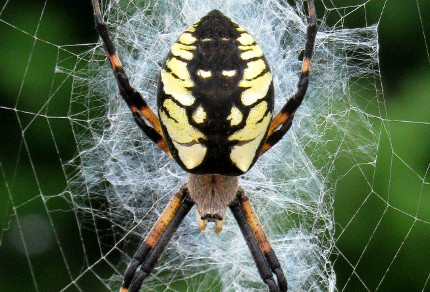 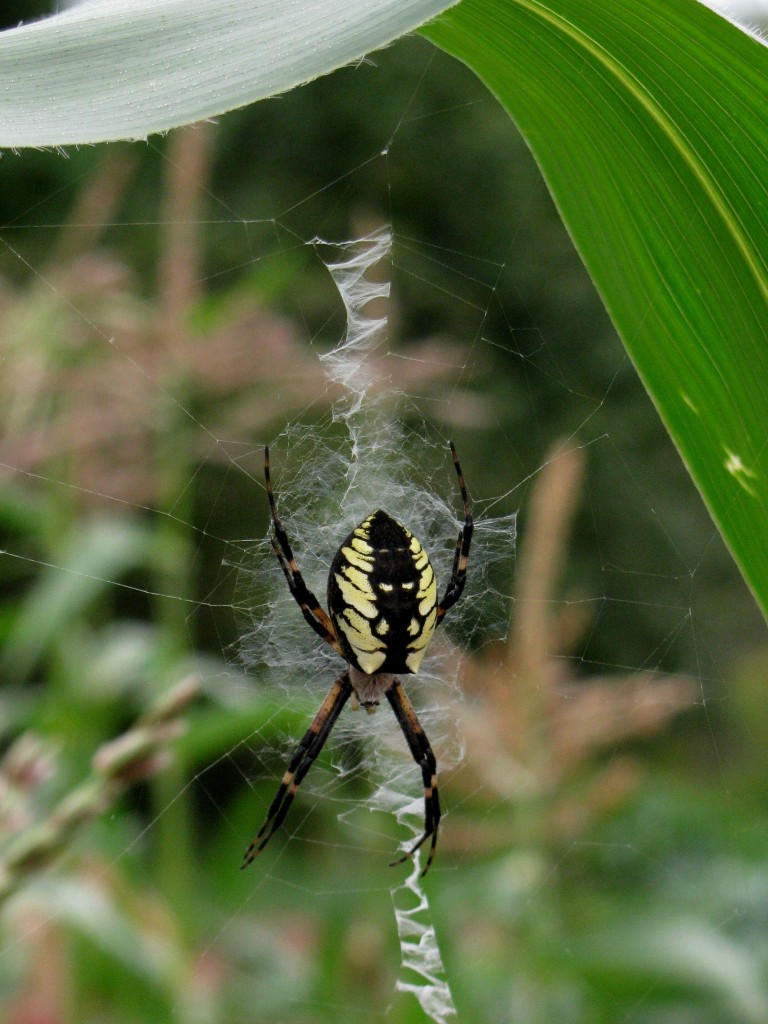 A yellow garden spider possesses a sense of timelessness in its appearance – so still and poised, its web bisected by lightning bolts of silk, the arachnid’s appearance itself shouting warnings via its black and yellow colouration. Two days ago, I found a garden spider’s web strung between one corn plant’s leaf and another’s tassel by glistening strands of silk. The web-builder rested motionless on its shimmering creation, completely ignoring me while I photographed it. 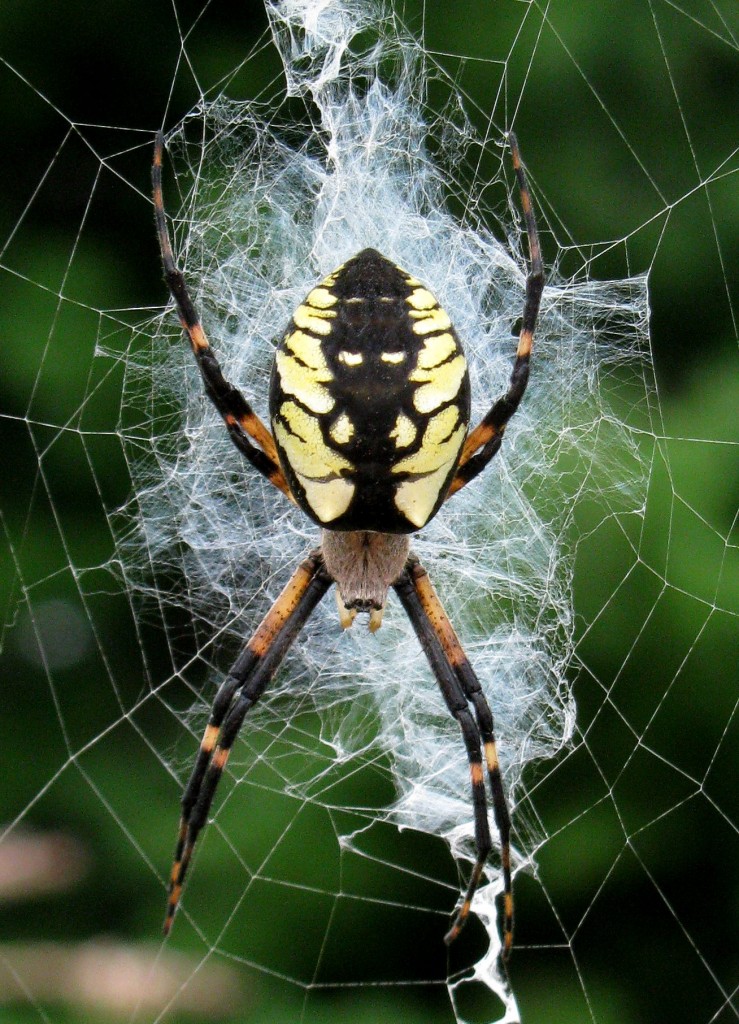 Today, the spider was gone from its web, which remained attached to the corn plants and didn’t appear to have sustained any obvious damage. Setting my camera aside, I harvested beans and tautly rounded pods of peas, the mid-afternoon late summer sunshine blissfully warm on my shoulders, as though yesterday’s damp coolness were no more than a distant memory. Bulky cicadas flushed from the dense tangles of peavines, and I spotted a large brown spider egg case. The latter was attached by a maze of silk strands to pea tendrils and the thin silver mesh of chickenwire fencing I’d erected in spring to support the burgeoning growth of the peas. Below the suspended egg case, a yellow garden spider rested motionless until I gently tugged a pea tendril out of the way so I could photograph the egg case. The spider seemingly reluctantly shifted its position, then froze into immobility again, as though standing guard over the egg case. 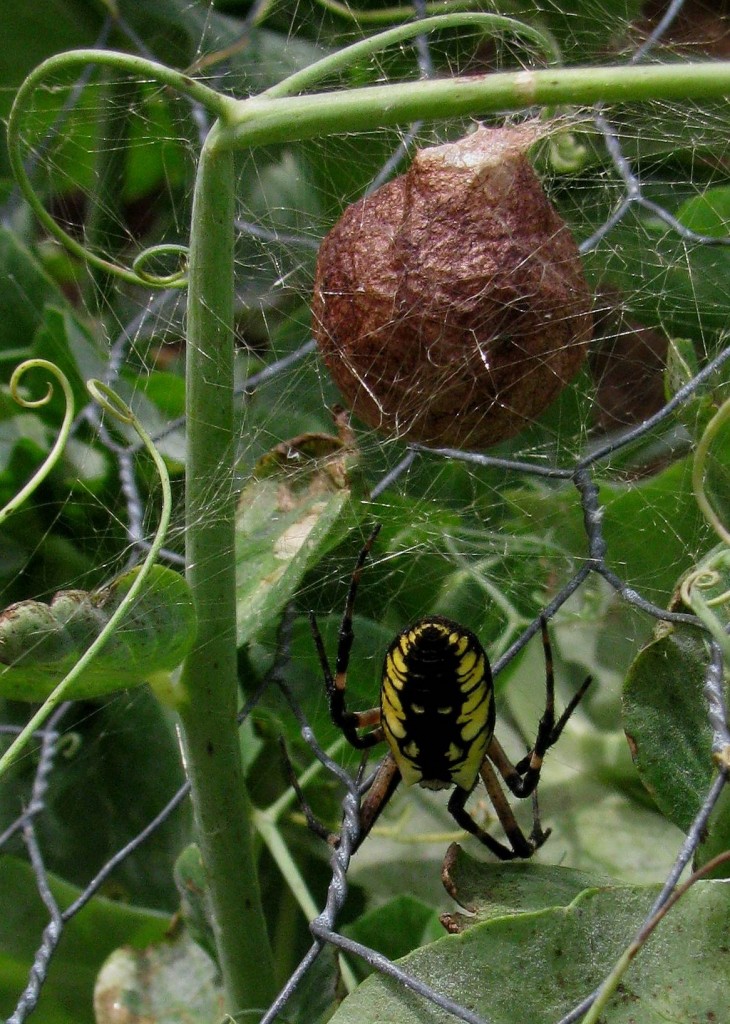 Perhaps this is the spider from the corn plant web, or perhaps it’s another. This species, Argiope aurantia, is common in our gardens and fields here in Nova Scotia and occurs throughout much of North America, ranging from southern Canada to Costa Rica.1 Females, like those shown in my photos, are considered to be harmless to humans despite their relatively large size and warning colouration.1 After mating with a much smaller male (which may be transformed into a post-mating meal for the female), a female lays thousands of eggs on a multilayered sheet of silk, which is then wrapped with a tough, brown silk covering, formed into a ball, and suspended from the spider’s web1,2 (or a pea fence, in the case of the spider I observed today). The female does indeed guard her egg case, but only until autumn frosts claim her life.2 My pea plants still have many pods to pick. I’ll see how long she remains.

New Science Word for the Day: stabilimentum = reinforced strands of silk in a spider web (in the case of the yellow garden spider, the lightning bolt or zipper of thick silk).