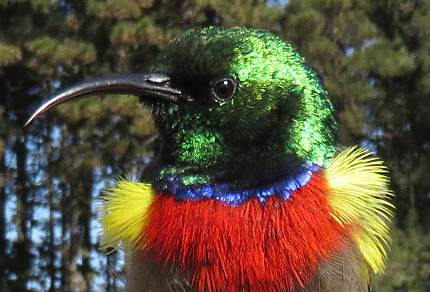 The males of these two species are avian jewels. They have iridescent green heads and necks, red breast bands bordered with violet above, and yellow epaulets that are sometimes visible. The females are delightful but not showy at all; rather, they have a drab brown-grey plumage. 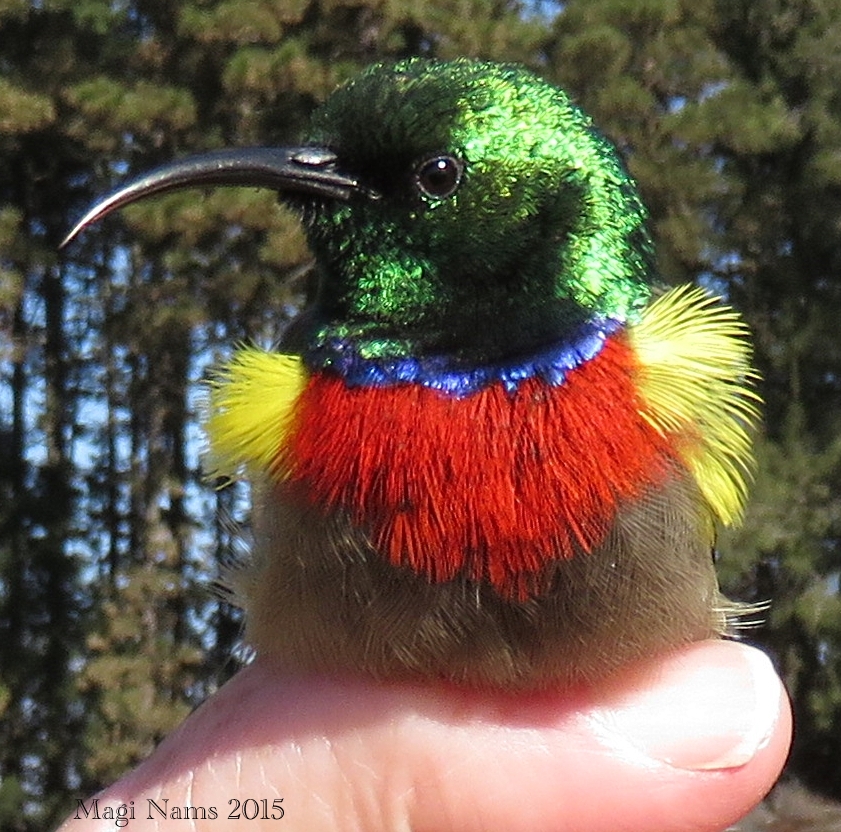 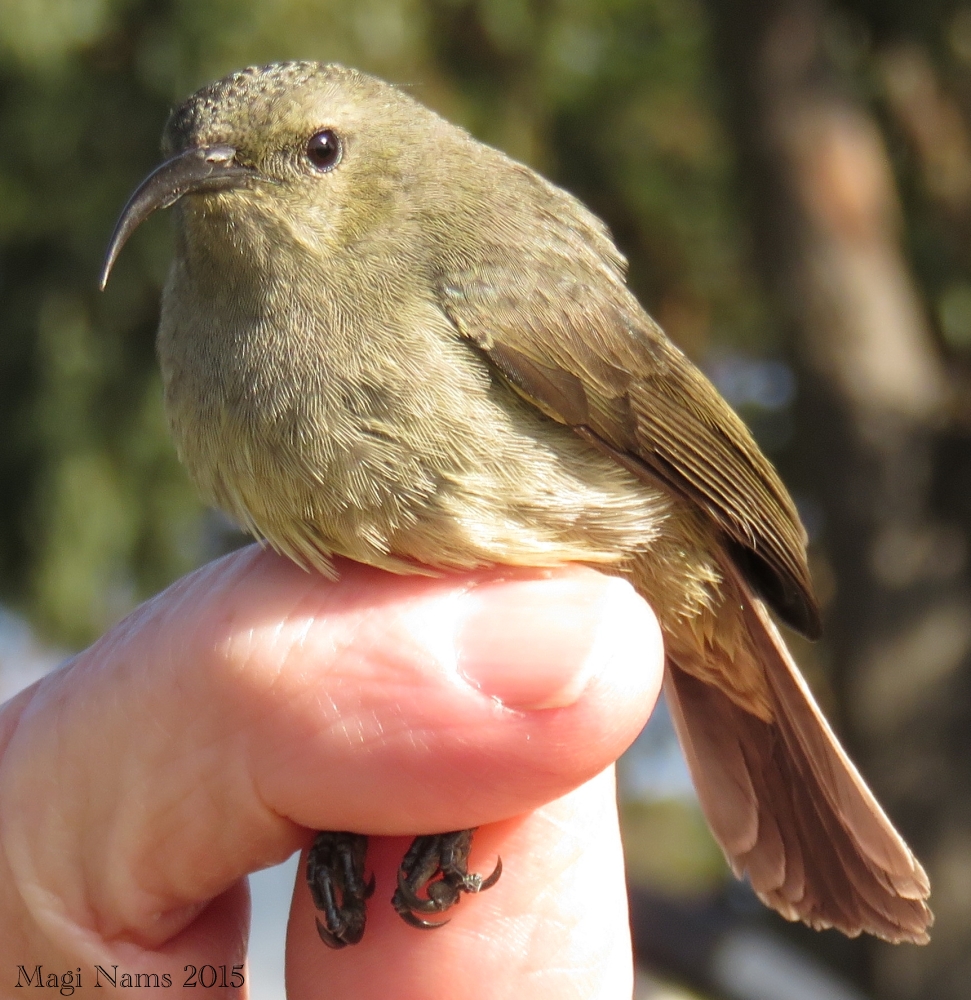 Twenty-one sunbird species occur in Southern Africa.3 All  belong to the avian family Nectariniidae, which gives you a good clue as to these birds’ primary food source. Both double-collared sunbird species have long, down-curved bills that are ideal for probing flowers for nectar.4 These birds also consume insects and spiders.4 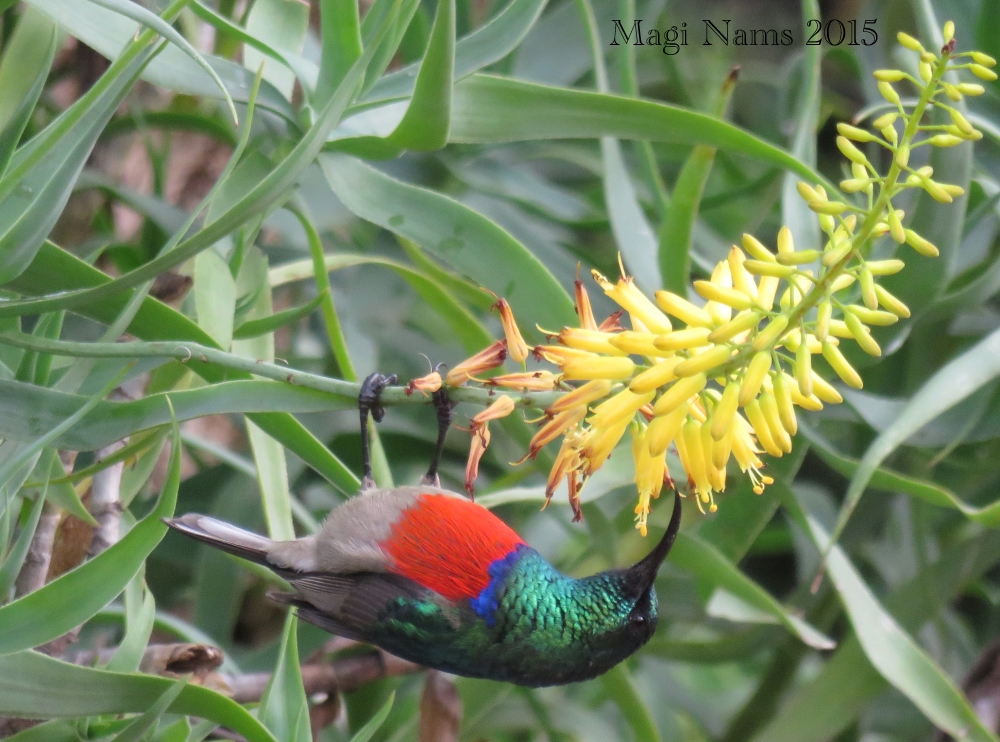 During the six months Vilis and I spent in South Africa, I fell in love with sunbirds, which reminded me of the New World’s nectar-feeding hummingbirds. We were based at Rhodes University in Grahamstown, a lovely campus with many plantings of flowering trees, shrubs and perennial flowers. I frequently saw greater double-collared sunbirds, malachite sunbirds and amethyst sunbirds on campus and in Makana Botanical Gardens adjacent to the university. 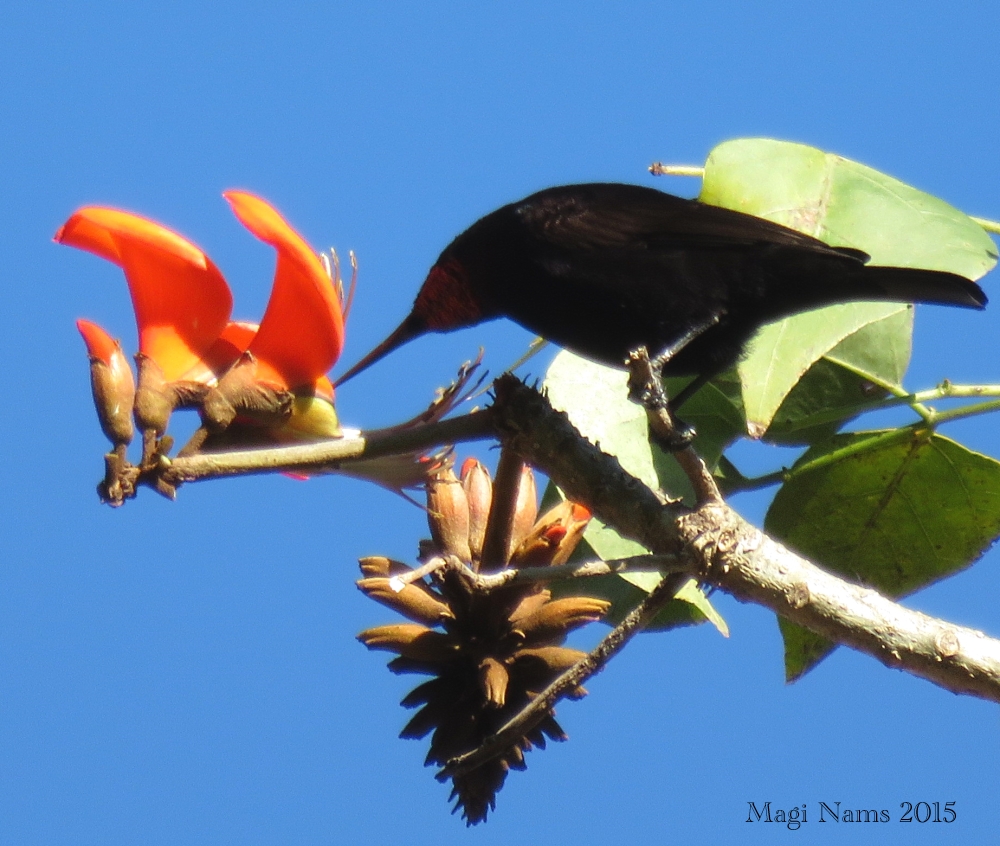 I saw and photgraphed my first male and female southern double-collared sunbirds while on a bird-ringing excursion in montane forest at Fort Fordyce Nature Reserve. As you can see in the first two images in this post, these sunbirds are tiny, and the male’s plumage is truly glorious!