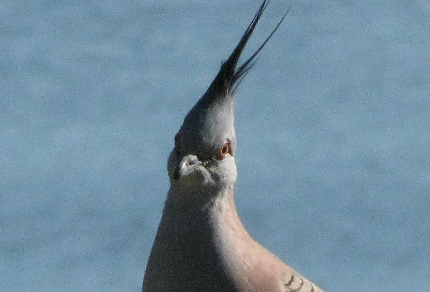 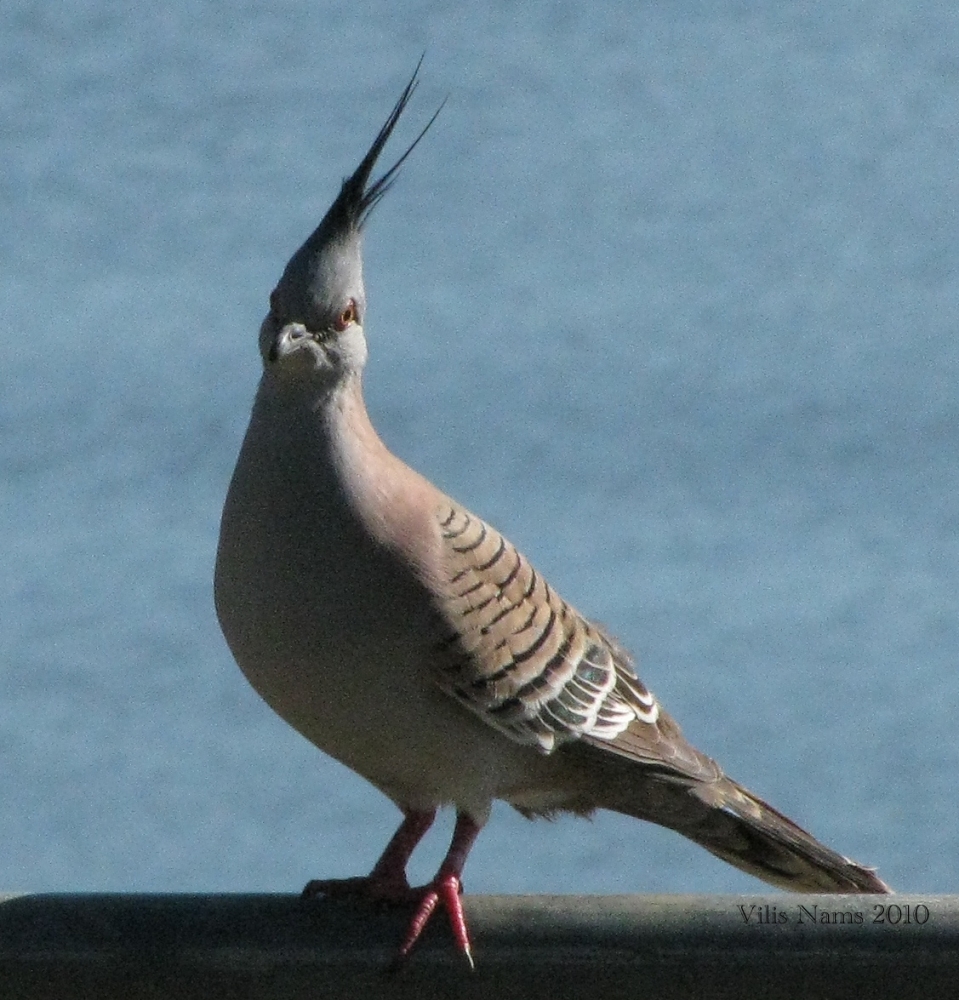 Sleek and handsome, the crested pigeon has a grey and tan plumage, bright red feet and a narrow, conspicuous black crest atop its head. Its wings are strongly barred with black, and each wing bears a white-edged wing patch delicately hued with green and purple.

The crested pigeon’s preferred habitat is lightly wooded grassland near water. Once restricted to Australia’s inland arid and sem-arid regions, this species has spread throughout much of the country and successfully colonized towns and cities.2

Crested pigeons feed on the ground, often in flocks. Primarily, they eat seeds but occasionally take insects and leaves.2 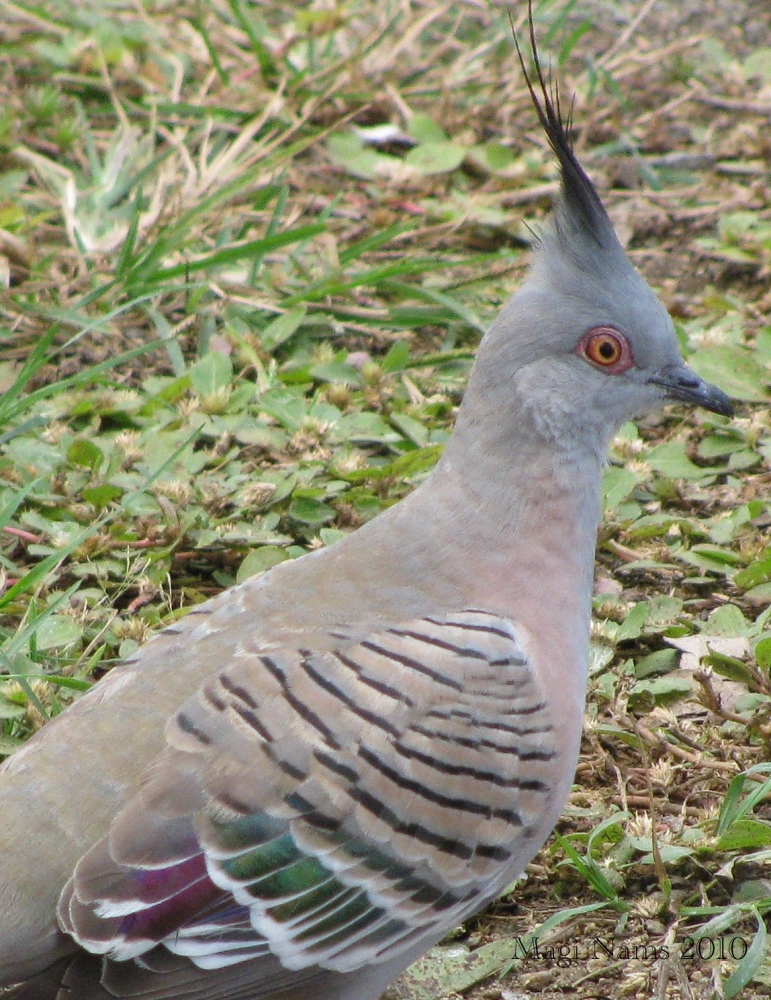 I first encountered crested pigeons in Townsville, North Queensland, a tropical city with a lovely old golf course and enticing greenbelt, the Ross River Parkway, near Vilis’s and my rented home. I often spotted these birds perched on wires or in trees, their crested profiles unmistakable. The pigeons would swoop to the ground, their tails lifting on landing. When they took to the air, their wings produced a whistling sound that was very useful for identification.

Australian research has shown that one variation of the crested pigeon’s wing whistle serves as an auditory defensive warning system. Research done by Mae Hingee and Dr. Robert Magrath of the Australian National University in Canberra reported that crested pigeons produce a wing whistle that alerts other pigeons to the fact that danger is near.3