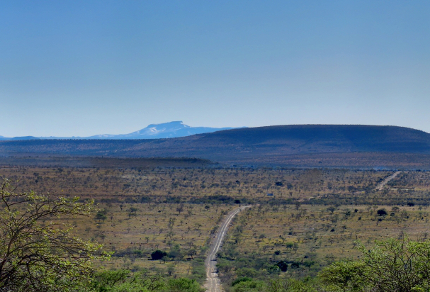 A Coordinated Avifaunal Roadcount in Eastern Cape’s Smaldeel Conservancy offered spectacular views of Eastern Cape veld and the Amathole Mountains and provided sightings of antelopes, a bat-eared fox and a wonderful array of open-country birds, including threatened blue cranes.

On Saturday, August 1st, Vilis and I joined three birders from the Diaz Cross Bird Club – Adrian Craig, Jenny Gon and Arthur Webb – and headed north from Grahamstown to conduct one of South Africa’s semi-annual Coordinated Avifaunal Roadcounts (CAR).  The CAR program began in 1993 in the Cape Town area of the Western Cape province, with the intent of monitoring populations of two threatened large ground birds, the blue crane and Denham’s bustard. Since then, CAR has expanded into a nationwide count of 36 species of large, obvious ground birds, birds of prey and corvids (crow family) on 350 fixed routes that cover an astounding 19,000 kilometres. Our route was a 60-kilometre stretch of backcountry road within the Smaldeel Conservancy near Adelaide. (Tap on photos to enlarge.)

The count began with a 5-minute scan of the area surrounding the starting point. In addition to the designated count species, we also noted other species for a checklist that Adrian, an ornithologist at Rhodes University, had compiled from previous counts. After the initial scan, we drove 2 kilometres, scanning all the while and then stopped for another 5-minute, out-of-vehicle scan. We repeated this drive-and-stop protocol throughout the 60-kilometre route, which carried us over semi-arid veld dotted with termite mounds and low-growing, thorny acacia trees. 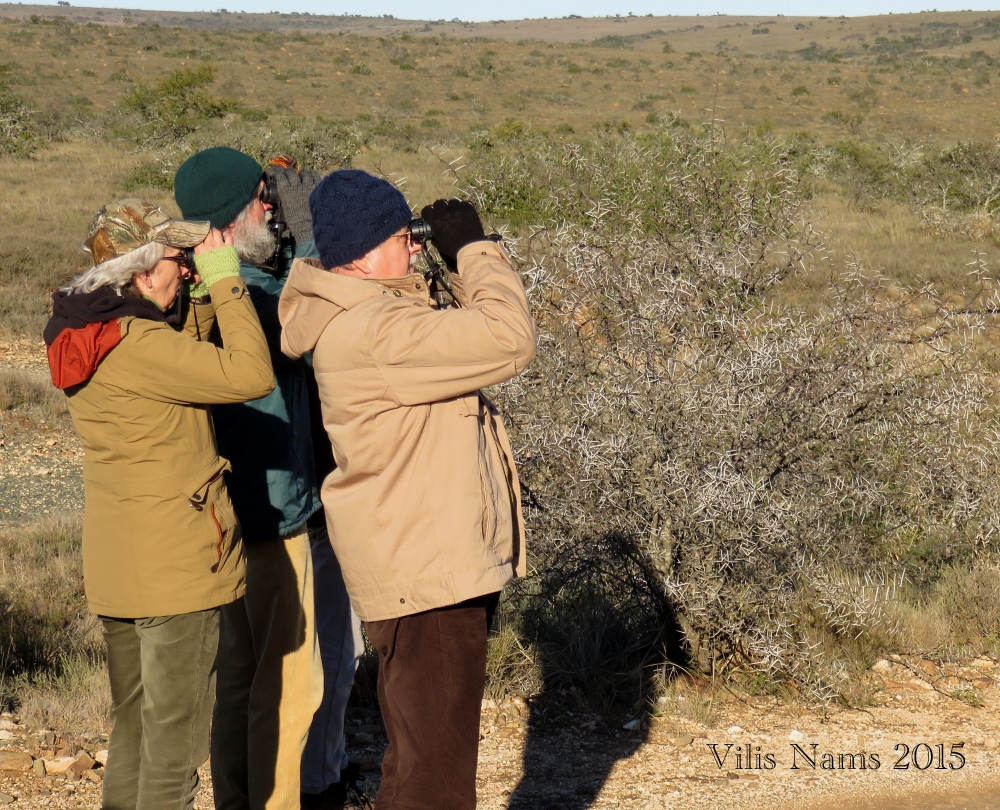 Sheep, goats, beef cattle and game grazed on the dry rangeland. For a while, it seemed as though we were seeing more African mammals than birds! Steenboks bounded away like rabbits. Grey duiker dashed along fencelines. A yellow mongoose loped across a pasture. Kudus, blesboks, springboks, mountain reedbucks, zebras, elands, red hartebeests, and giraffes foraged on distant hillsides.  A bat-eared fox – with huge ears, thick grey fur, and a bushy tail – stared at us from tall, dried grass and then loped away into the scrub. Warthogs ran from our intrusion, tails held high. Vervet monkeys – so many! – gambolled on the veld, perhaps enjoying the winter sunshine. 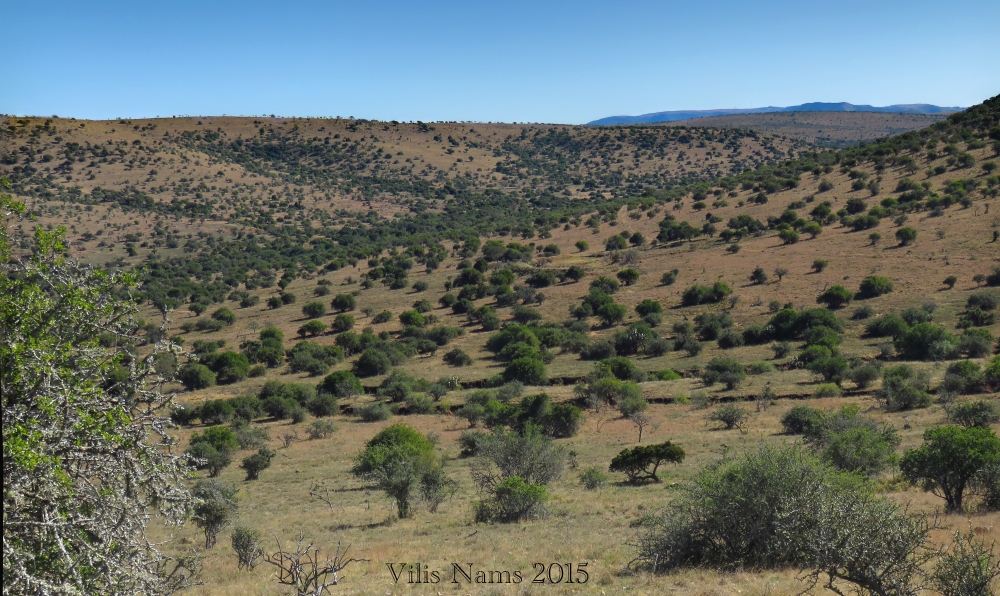 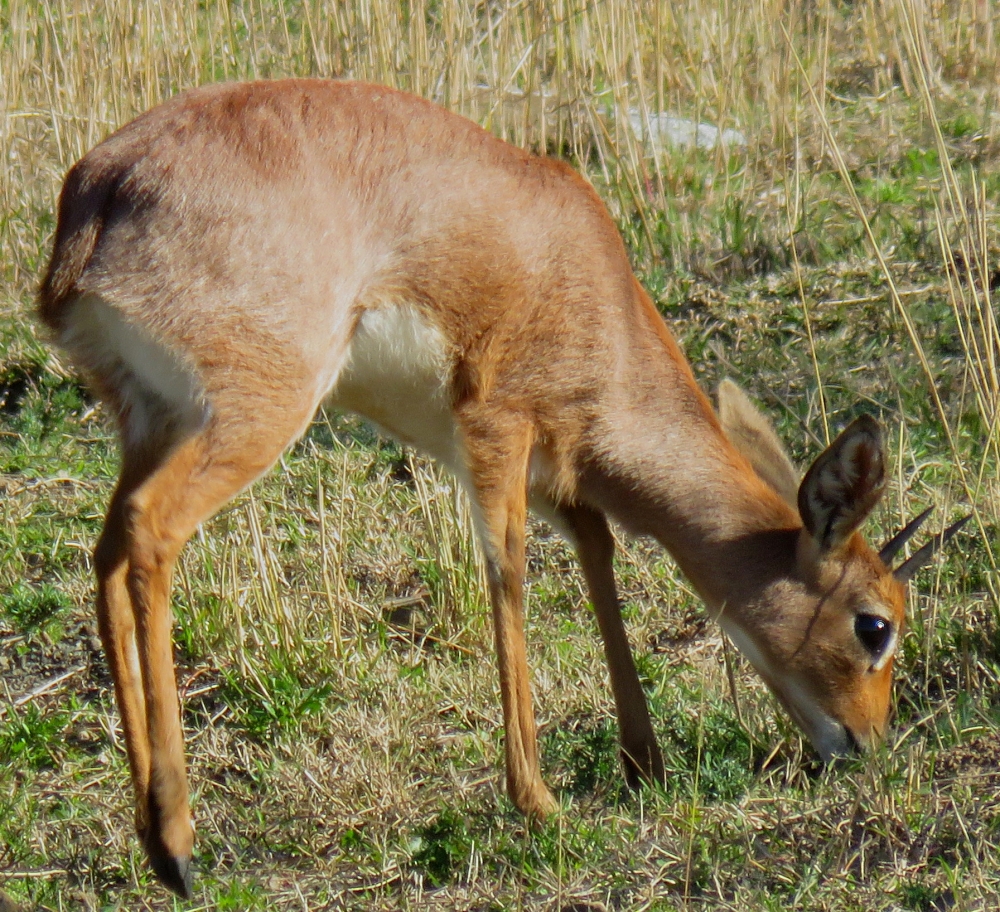 Sightings of designated CAR species trickled in. Adrian spotted a southern pale chanting goshawk (the first of several we saw; this was the most common bird of prey we encountered). Vilis noted a big brown hawk that winged across the veld, then perched in a distant thorn tree. Adrian used his spotting scope to identify it as a young jackal buzzard, the first of two jackal buzzards we recorded.

A gorgeous African fish eagle –  chestnut and black, with white head and tail – wheeled above a farmyard. Two white-necked ravens skimmed along above a ridge. Black-headed herons trailed long legs as they flushed into the air; one landed atop a barn. Two pied crows flew overhead while we enjoyed a mid-morning snack. Cape crows flew from their perch on a power pole. Arthur noted a rock kestrel perched on an acacia near the road. I spotted ostriches on a game reserve. The count was definitely a joint effort.

We dipped (birder jargon for not seeing what you had hoped to see) on blue cranes in an irrigated pasture, where they had been sighted in previous years. Back in drier habitat, Jenny barked out, “Stop! Cranes on the right.” And there they were – a pair of blue cranes, tall and elegant in their smoky blue plumage, striding through pale, dried grasses. They were the only cranes we saw on the count, and we recorded no bustards or korhaans – other conspicuous ground birds sighted in previous years. We did, however, record an assortment of non-count birds that included (among others) pied starling, cinnamon-breasted bunting, grassveld pipit, familiar chat, crowned lapwing and crowned hornbill. 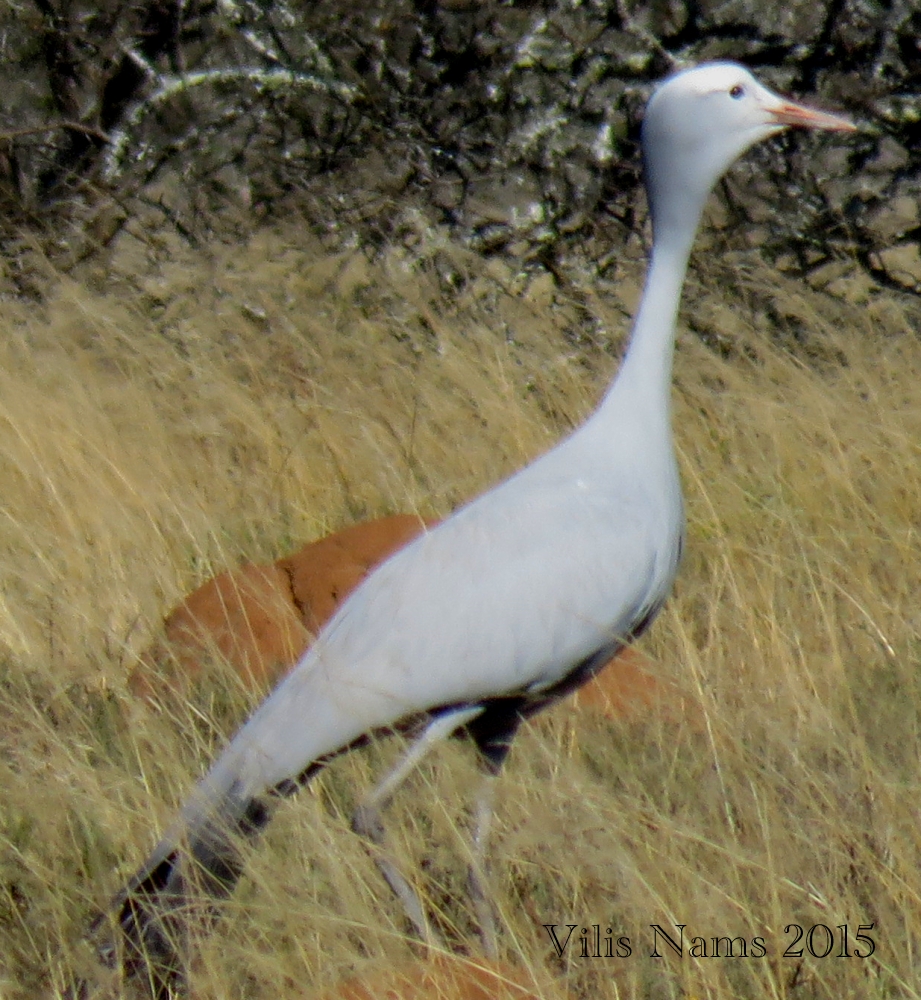 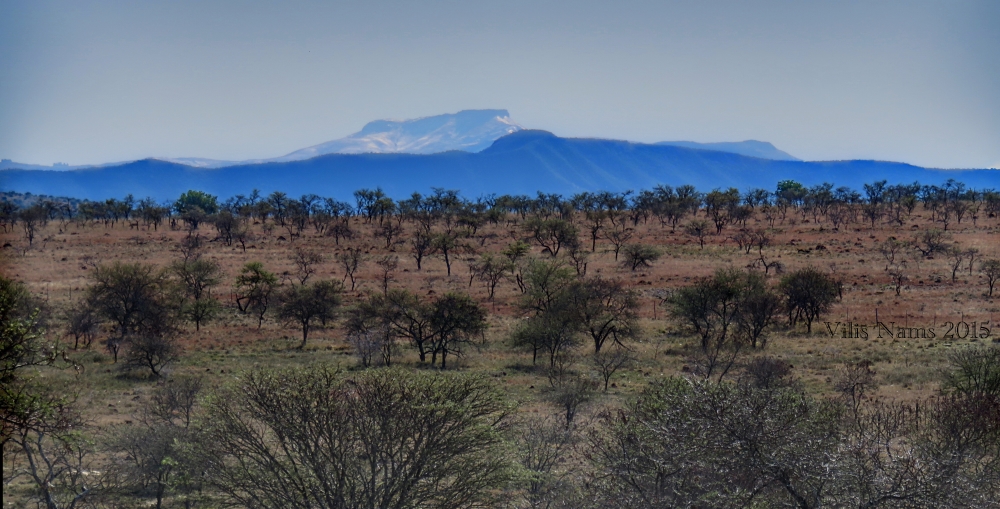 After completing the count route, we headed for Malangskraal Farm to eat our lunches beside a dam. Wouldn’t you know it – a southern black korhaan sprinted across the road in front of us, its black neck stretched forward like the prow of a feathered, fast-moving ship.

At the dam, a huge raft of red-knobbed coots (Adrian estimated at least 400) and a smaller raft of dabchicks (at least 200) paddled on the wind-rippled water. A few South African shelducks, Cape shovelers, white-backed ducks and at least one red-billed teal floated closer to shore. Graceful brown-throated martins performed aerial acrobatics as they hunted insects over the water. A leggy black-winged stilt foraged at the waterline. Jenny spotted an African jacana poking about near shore. After the dearth of birds we had observed on most of the count area, the dam was positively vibrant with birdlife –  the perfect ending to a cool, windy, winter Coordinated Avifaunal Roadcount outing in Eastern Cape, South Africa.