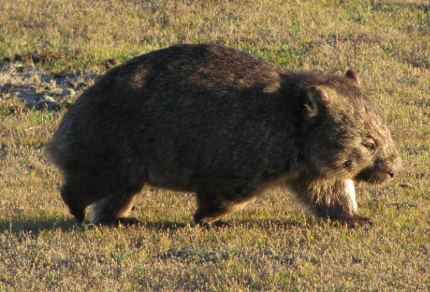 Which chunky marsupial herbivore is an ardent burrower and has a liking for its own company? Australia’s captivating common wombat!

This month we travel to southern Australia for our intriguing “mammal of the month,” the common wombat. A solitary, fossorial marsupial herbivore, the common wombat lives in forest, open woodland, heath and scrubland in Tasmania and along the southeast coast of mainland Australia.1 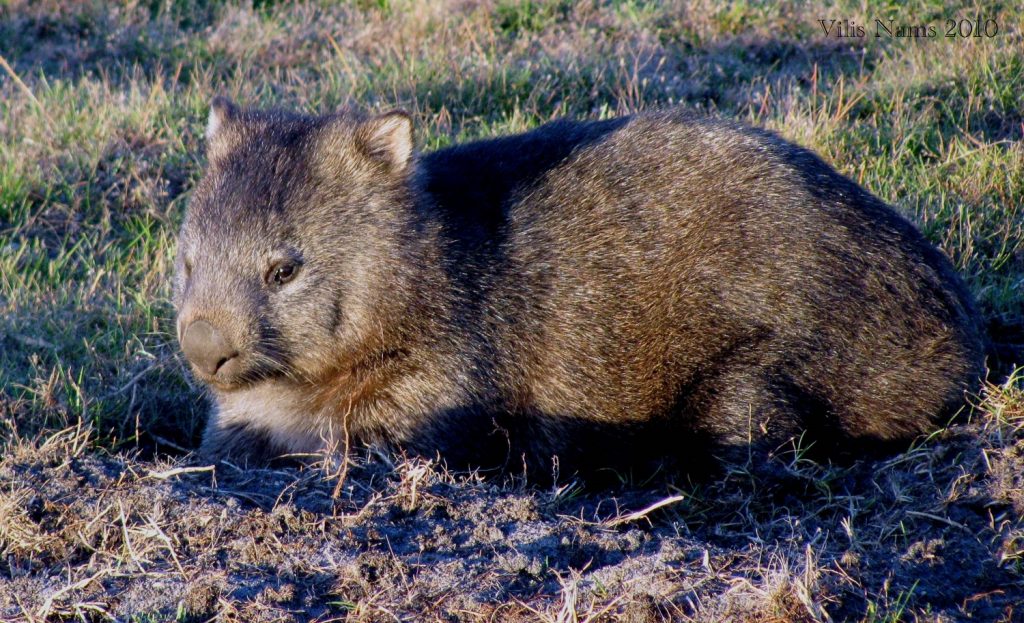 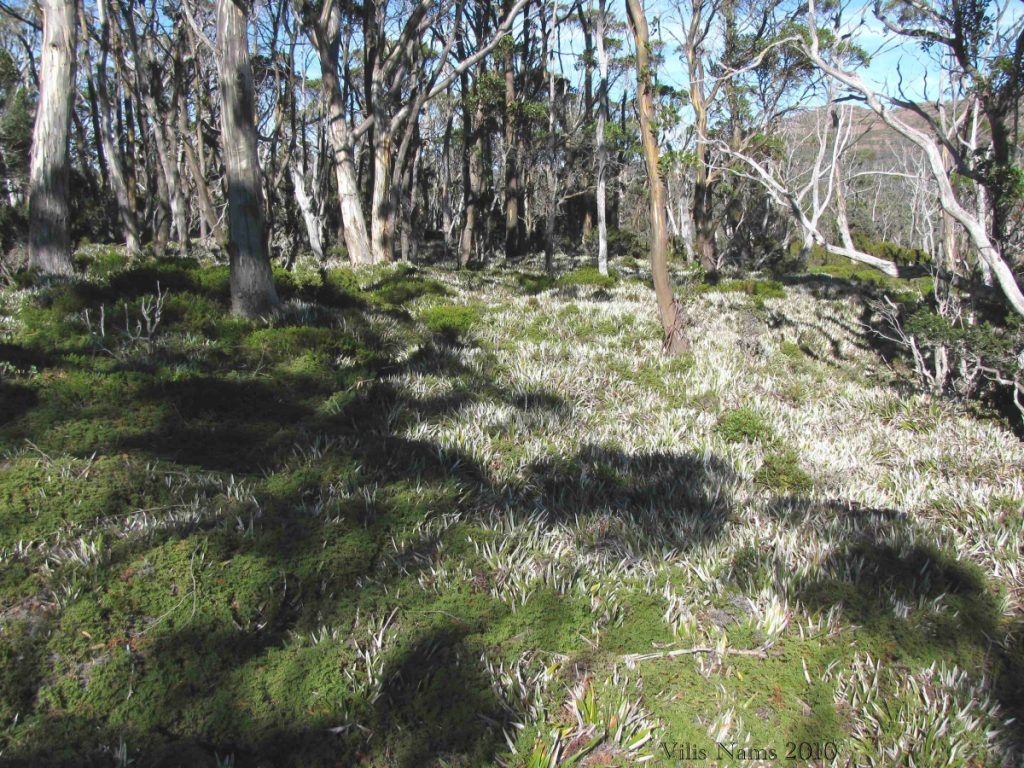 The common wombat’s scientific name is Vombatus ursinus, which recognizes the name’s Aboriginal origin, as well as this critter’s superficial similarity to a bear.1 Common wombats are about a metre long, weigh on average 26 kilograms (although very heavy individuals have weighed up to 39 kilograms), and have a large, naked nose, thick, coarse fur and small, rounded ears.1 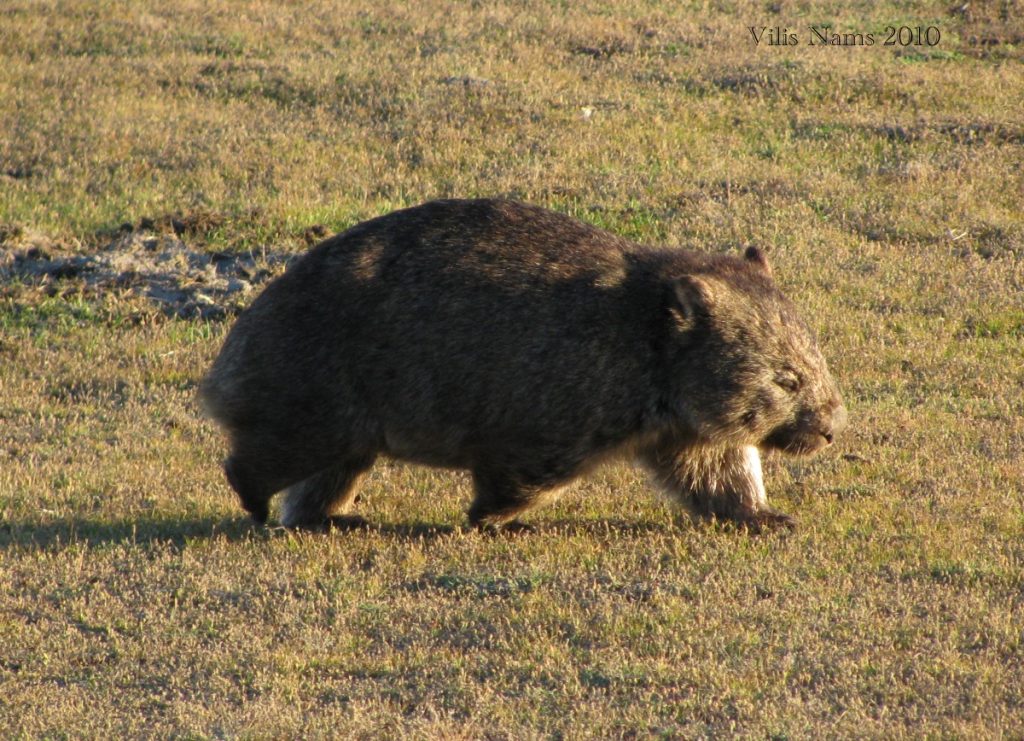 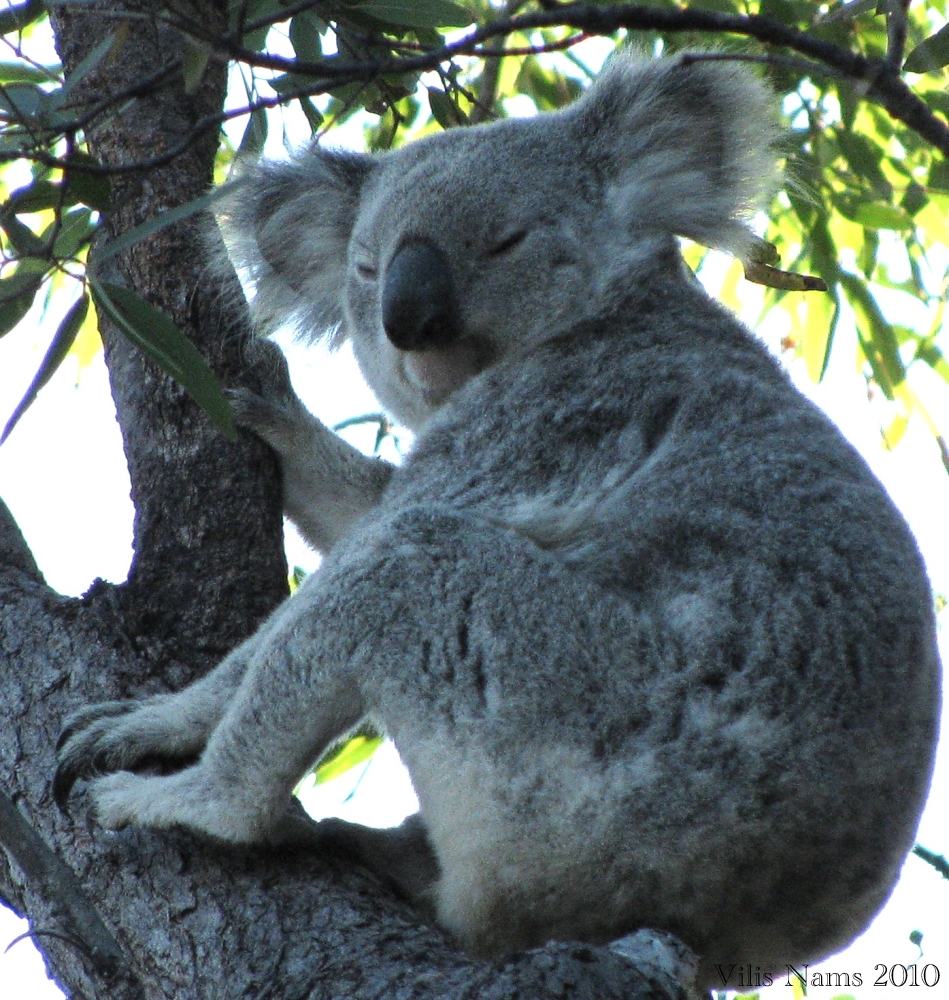 Although these wombats look somewhat like bears, they’re actually related to koalas, as are Australia’s other two wombat species, the northern and southern hairy-nosed wombats.2 Both Vilis and I recognized the koala-similarity in facial appearance, body shape and movement while watching common wombats in Narawntapu National Park in northern Tasmania. We were able to get so close, we could hear the sound of the wombats’ teeth ripping off blades of grass!

In addition to grass, common wombats also eat tubers and sedges.3 These animals are mainly active in early morning, evening and during the night.3 Vilis and I saw them in the golden light of evening and early morning, the latter quite chilly in Tassie in March!

Common wombats produce one young every second year. A young wombat remains in its mother’s pouch for six to nine months and accompanies her until weaned at around twenty months.3

For those of you interested in reading spoor, wombats leave pigeon-toed footprints that look a little like the footprint of a young, barefoot child, but with claw marks often showing.4 Fresh wombat scats apparently smell like wombats – a mix of strong peaty and sweet essences.5 Wombats often deposit their cube-shaped feces in prominent places,6 which explains why Vilis and I encountered turds that fit that description on the corners of boardwalks or on rocks beside hiking trails in Narawntapu National Park. We also noticed wombat dung scattered all over a grazing plain and saw wombat burrows in open grassland and under the shelter of a patch of shrubs. One wombat was resting in a nest of dried fern and grass “straw.” 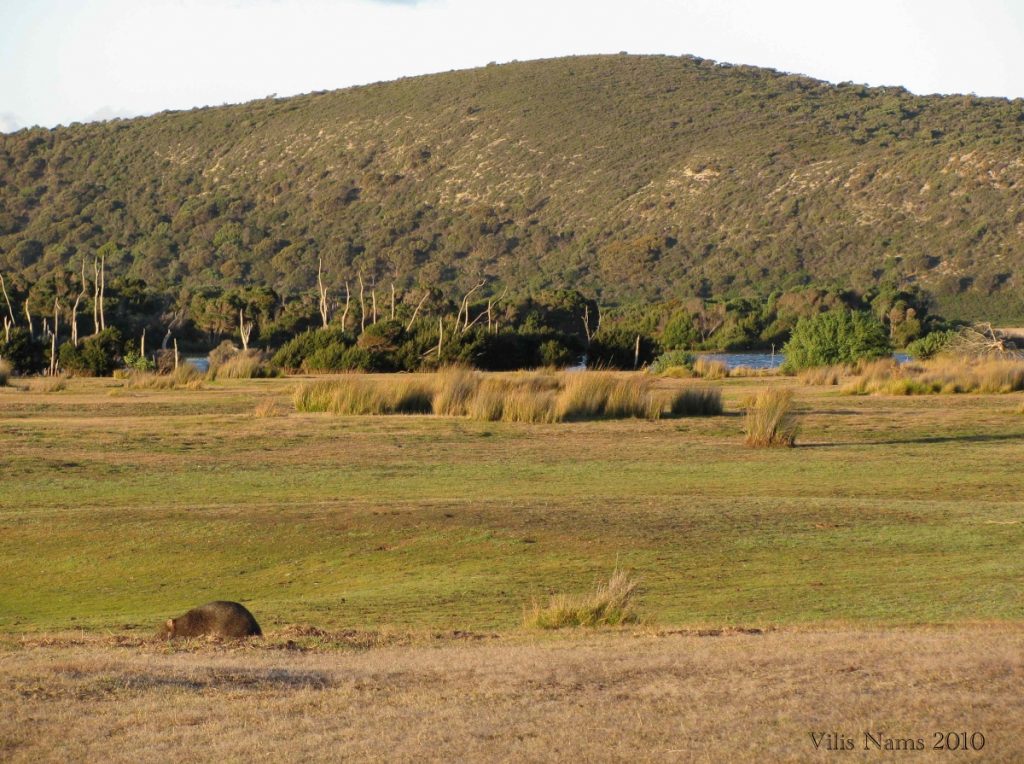 We thought the wombats completely captivating. However, this sentiment is by no means shared by all. Wombats are regarded as troublesome pests by many farmers, who don’t appreciate their burrowing prowess.7