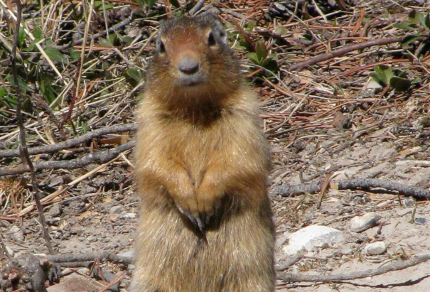 Perky and agile, the Columbian ground squirrel lives in colonies, inhabits alpine clearings, and hibernates for more than half the year. 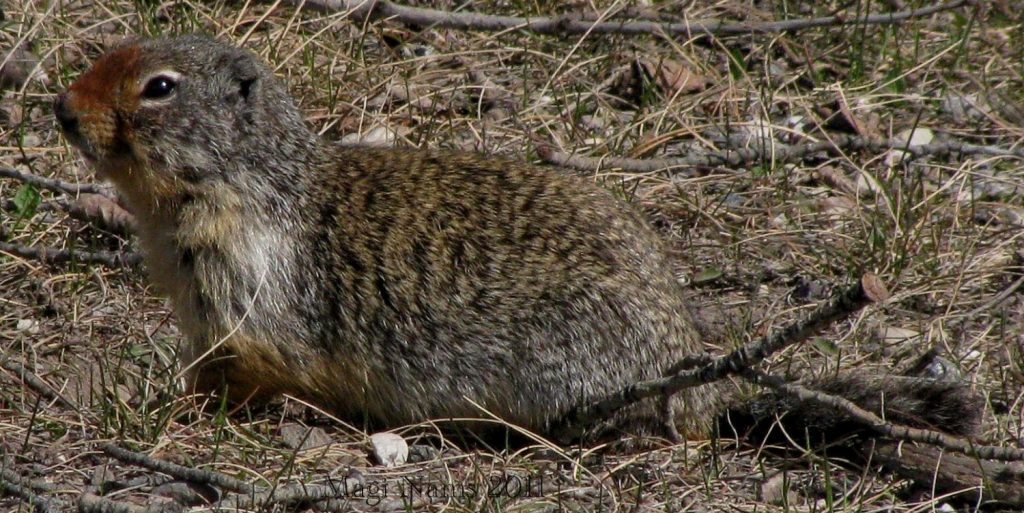 The Columbian ground squirrel occurs in North America’s central Rocky Mountains, from southern Alberta and British Columbia to Washington, Oregon, Idaho and Montana. It can be found at elevations of 210 to 2410 metres and inhabits south-facing alpine meadows, forest clearings, grasslands, sagebrush plains and agricultural fields and pastures. It requires light, sandy soil for burrowing and lives in colonies.1 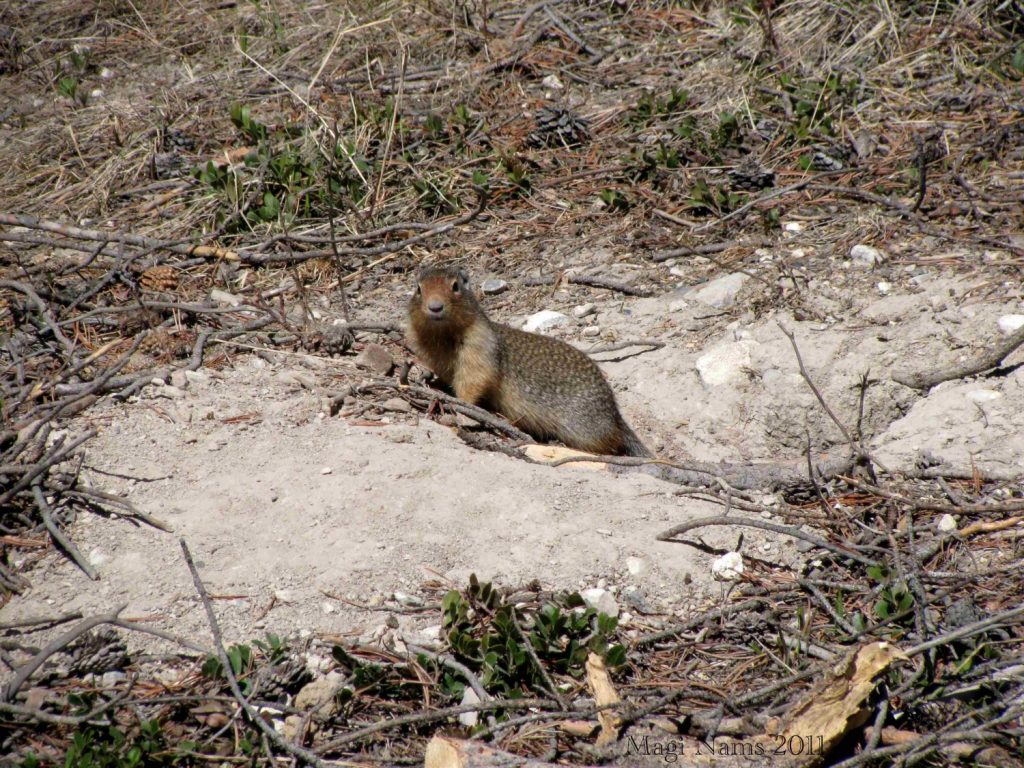 I spotted my first Columbian ground squirrel while hiking on the outskirts of Banff, Alberta, in the Canadian Rockies. I soon noticed others soaking up spring sunshine outside their burrows dug into a sandy, gravelly esker overlooking the scenic Bow River. The ground squirrels kept a wary eye on me as I hiked past. Some stood at attention. Others emitted a warning whistle and dashed into their burrows. 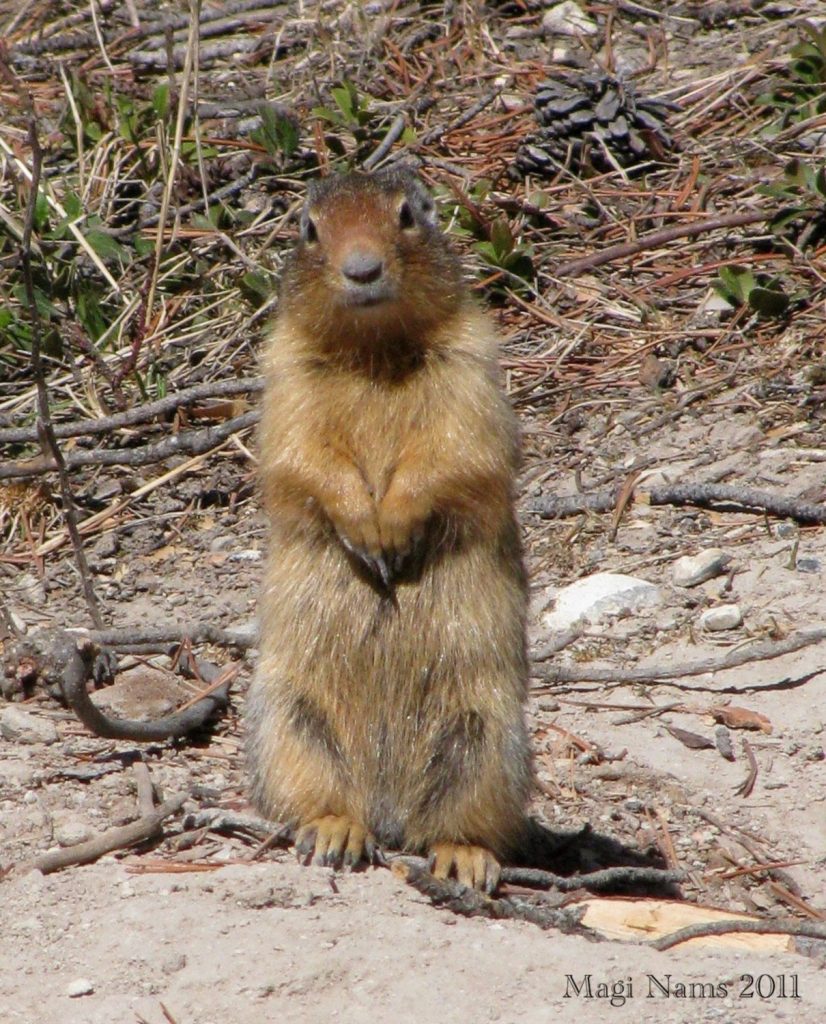 Columbian ground squirrels are larger and chunkier than the Richardson’s ground squirrels familiar to me from growing up on an Alberta farm. Their total length is 32-38 centimetres. Their weight ranges from 300-800 grams and varies widely during the year, since these ground squirrels hibernate. When they enter hibernation in late summer, they’re fat. When they return to above-ground activity in early spring, they’re emaciated. Males emerge from hibernation earlier than females and feed on seeds stored in their burrows until other foods are available.2

Columbian ground squirrels are primarily herbivorous. They feed on leaves and flowers, bulbs, roots, stems, berries and seeds of a variety of plants, including farmers’ crops. They have also been known to dine on insects, dead fish and mice.1