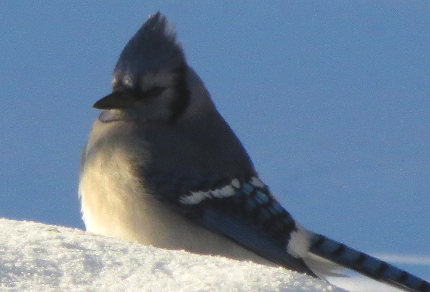 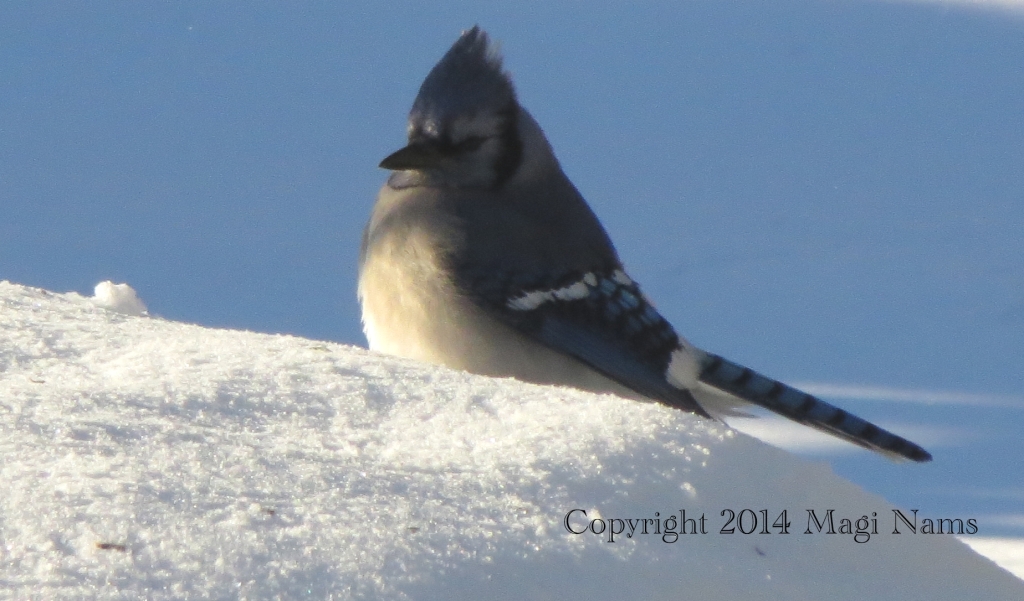 Yesterday I joined ten other birders in a Christmas Bird Count in the Tatamagouche area of northern Nova Scotia. After a day of birding on the land and in residents’ yards, we accumulated sightings of more than a thousand individual birds and 39 species, two fewer species than the 41 we spotted during last year’s inaugural Tatamagouche Christmas Bird Count.

I started the day by driving country roads near my home in the dark, listening for owls hooting in response to calls I played on a CD. Although I’ve seen barred owls in our woods and attracted mating pairs in spring using the CD, I heard only a single ‘hoooo’, not enough for me to definitively identify the calling owl species. 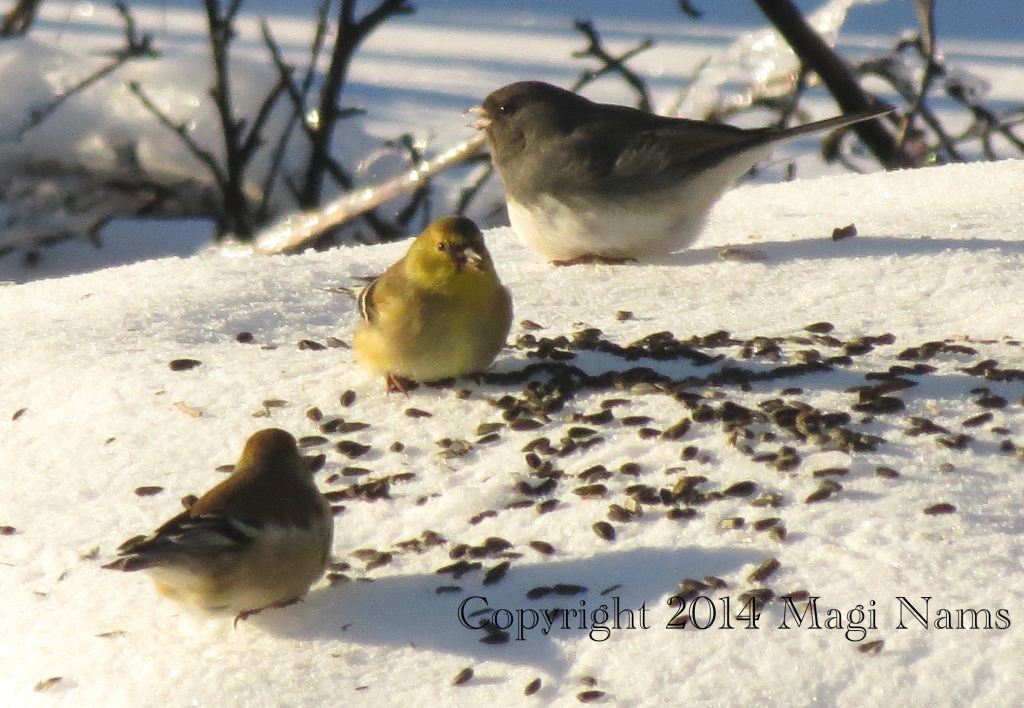 While snowshoeing on Vilis’s and my property after breakfast, I added evening grosbeak and pileated woodpecker to my list. The pileated was swinging its ax-head at a dead aspen right in our yard! A walking  survey in mid-afternoon also netted me a pine siskin. 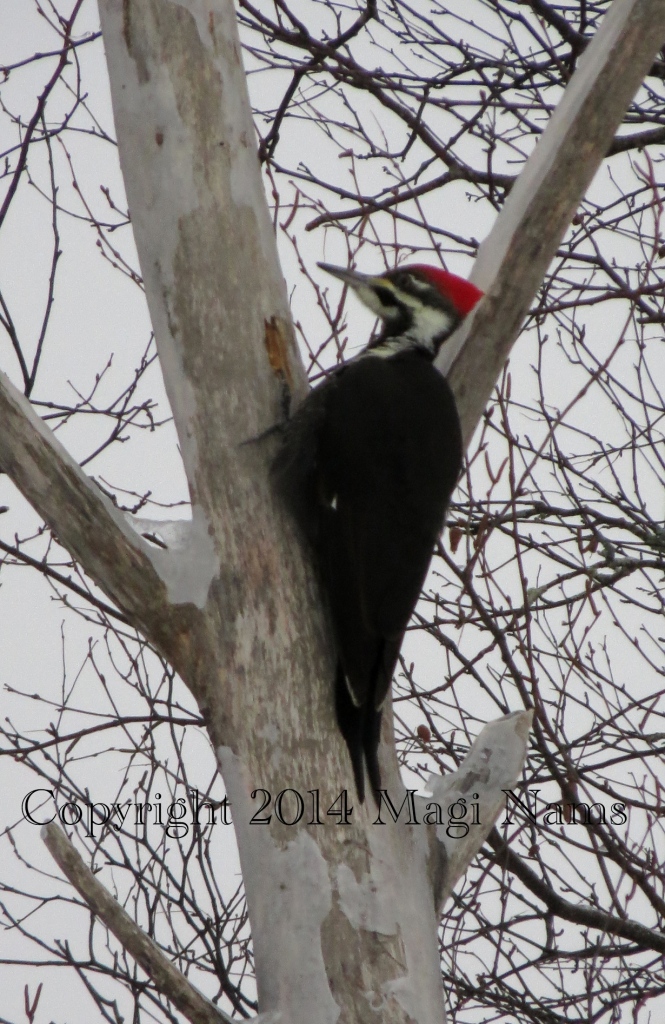 Throughout most of the day, Vilis and I drove rural roads, scanning snowy verges and treetops for bird shapes. We stopped periodically to listen and walk in search of more species and individuals.

We found a downy woodpecker beside a creek,  spotted a sharp-shinned hawk flying over a gravel road, logged a couple of gray jays in roadside trees near a frozen marsh, and enjoyed the majesty of two adult bald eagles. European starlings basked in farmyard treetops in late afternoon sun. Ruffed grouse perched high in deciduous trees, making their plump bodies easy to discern against pale sky and bare branches.

We also saw two questionable buteos, but after considering input from the other birders at the day’s end and studying countless online photographs, I concluded that the hawks were likely immature red-tailed hawks. So, I ended the count day with 20 species and 139 individual birds. However, even more fulfilling, I was refreshed and renewed by hours spent outdoors in cool, fresh air, walking on snow that squeaked beneath my feet while I used my observational abilities to count some of the most beautiful creatures Nova Scotia nature has to offer.