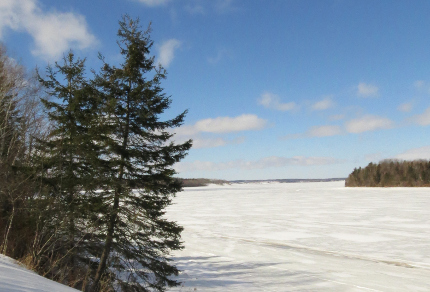 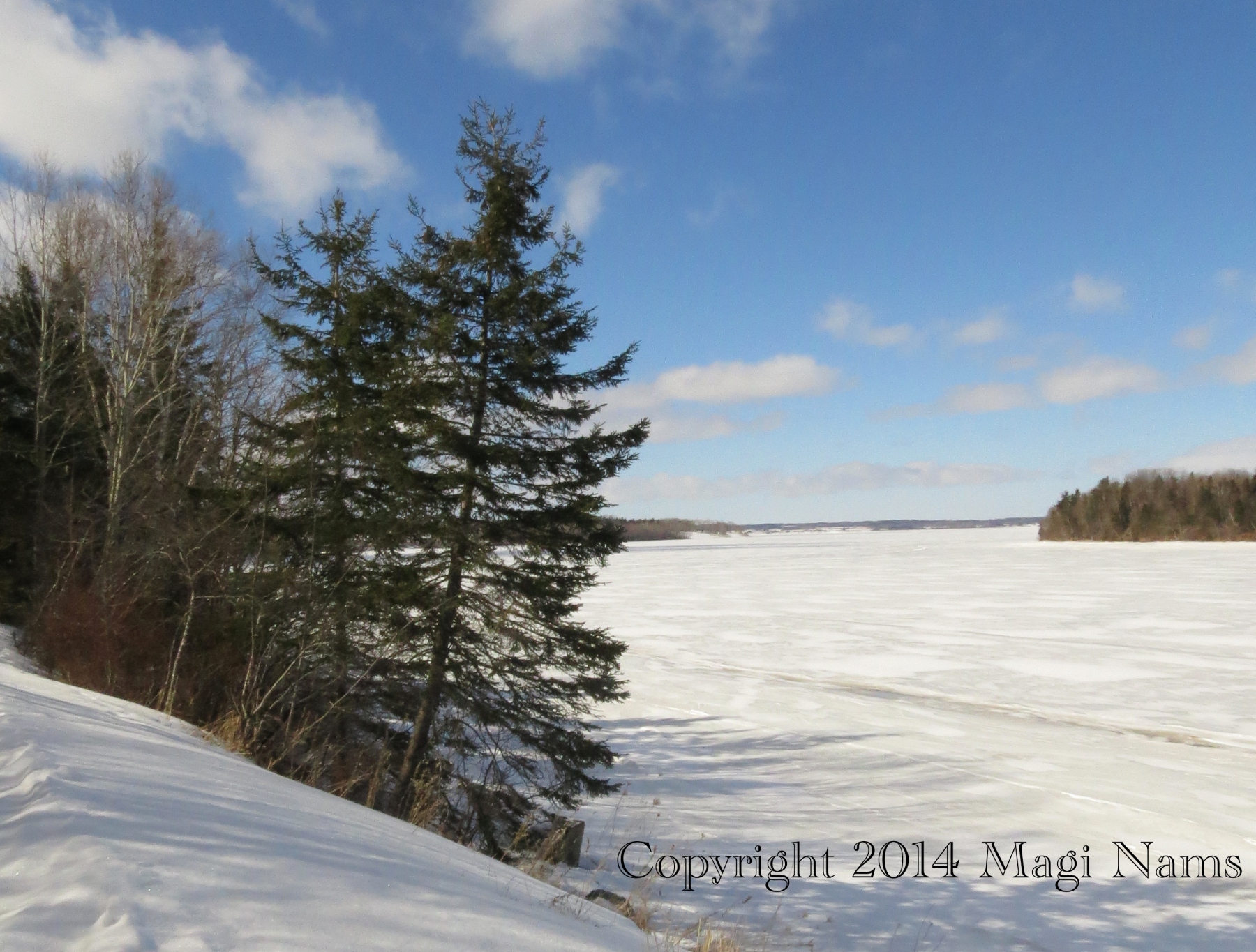 View of Tatamagouche Bay from the Butter Trail

Blue sky. White puffy clouds. Ice-covered bay. All these enticed me to walk a few kilometres of the Butter Trail on a late winter afternoon six days before the spring equinox. The Butter Trail is a section of the Trans Canada Trail in the Tatamagouche area of northern Nova Scotia. The gravelled track was developed on an abandoned railway bed and named in honor of the Tatamagouche Creamery, which once produced butter and is now a museum in a thriving cultural centre. 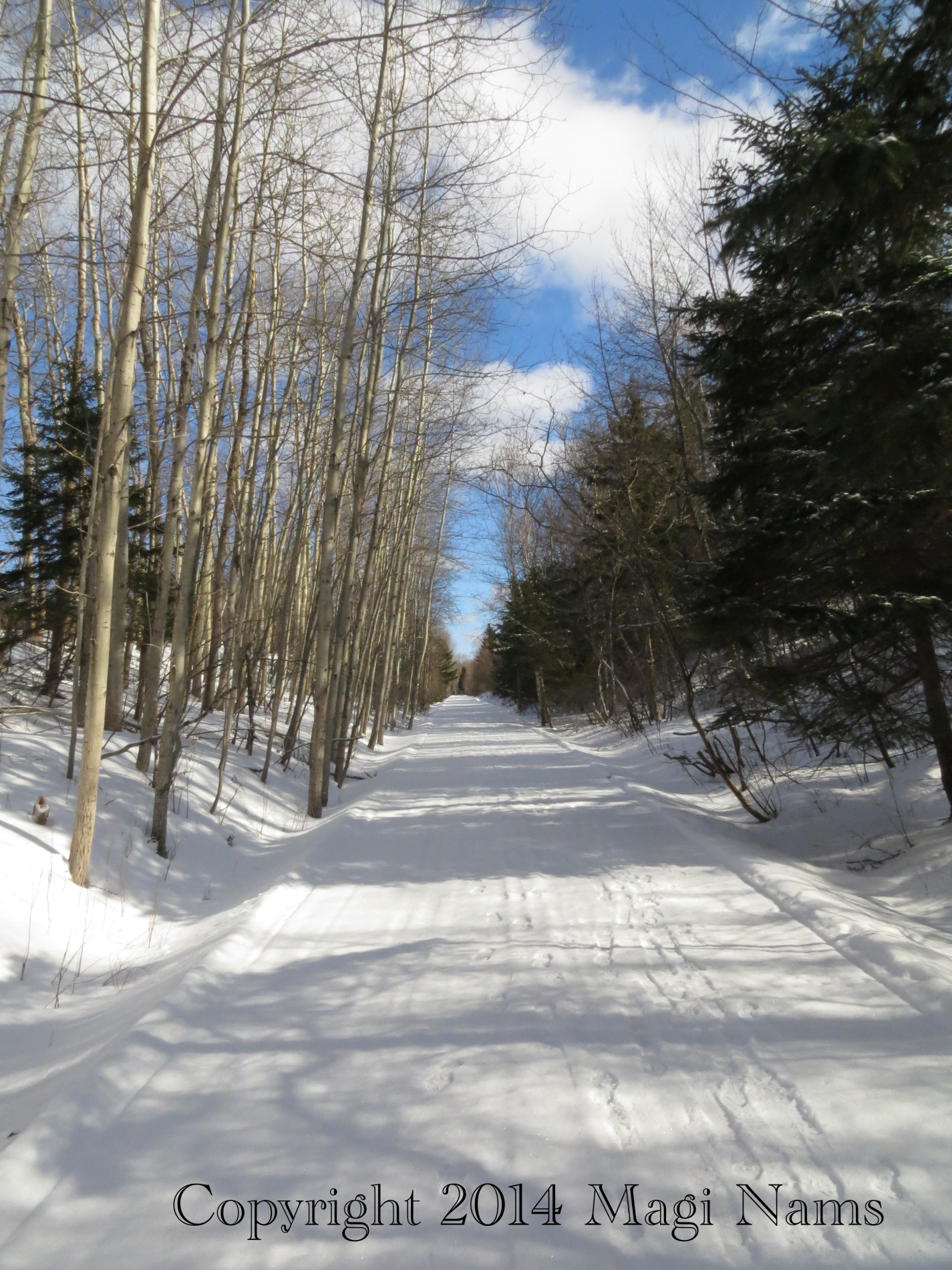 As I walked, a few tenacious, long-withered oak and maple leaves rustled. Crows split the air with bright caws. Old apples and crimson highbush cranberries relieved winter vegetation’s subdued greens, browns, and greys. Boot and paw tracks marred yesterday’s skiff of fresh snow that came on the heels of freezing drizzle blown onto northern Nova Scotia by strong west winds. Ice glinted on branches and hung from bridge railings. Red squirrels sprinted across the snowy trail or over it on a highway of tree branches. Black-capped chickadees flitted from tree to shrub. A southwest breeze stung my hands when I paused to take photographs, the temperature several degrees below freezing. But it was, as people say in this neck of the woods, ‘a large day,’ its fresh, bright beauty worth every cold-nipped fingertip. 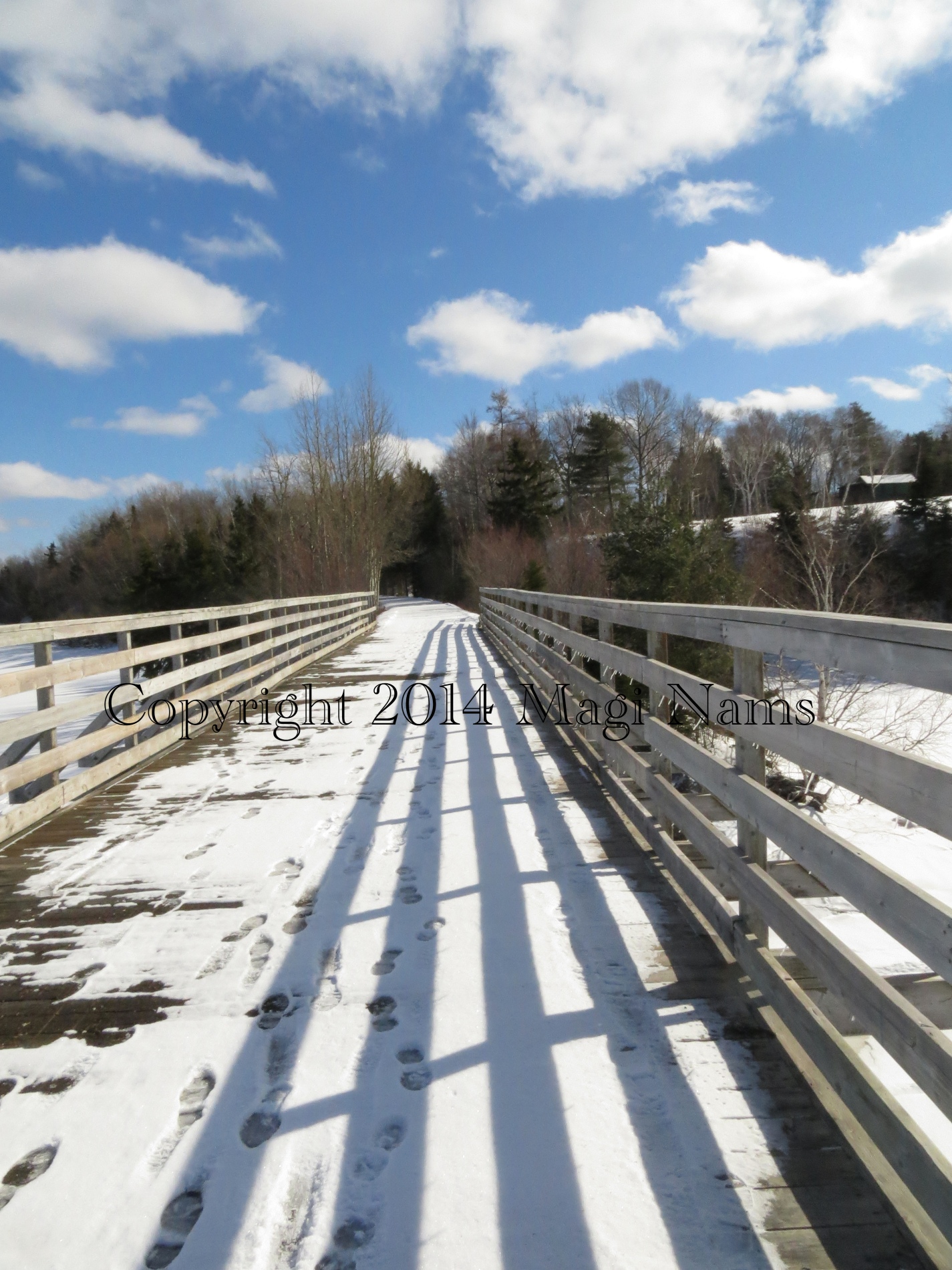 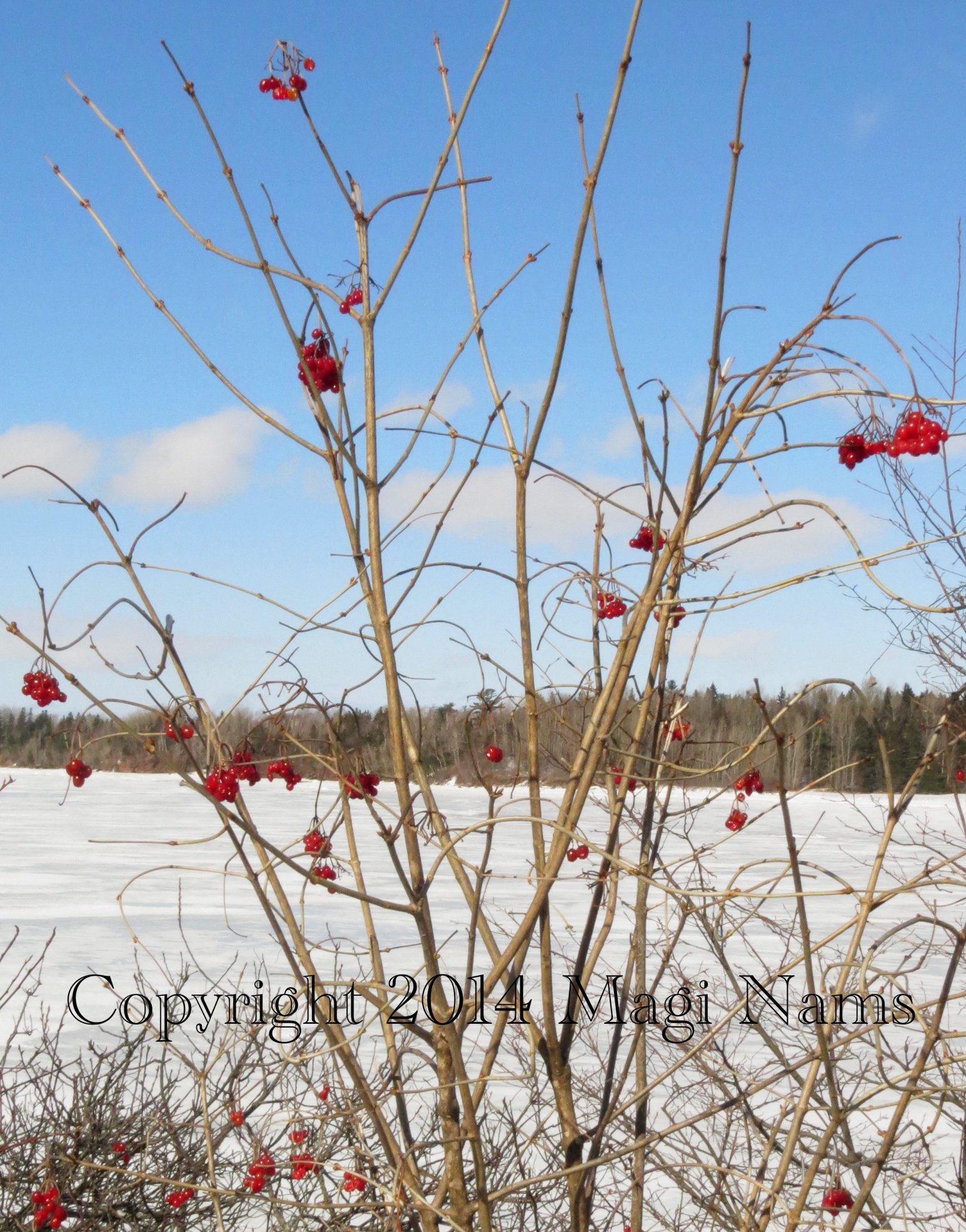 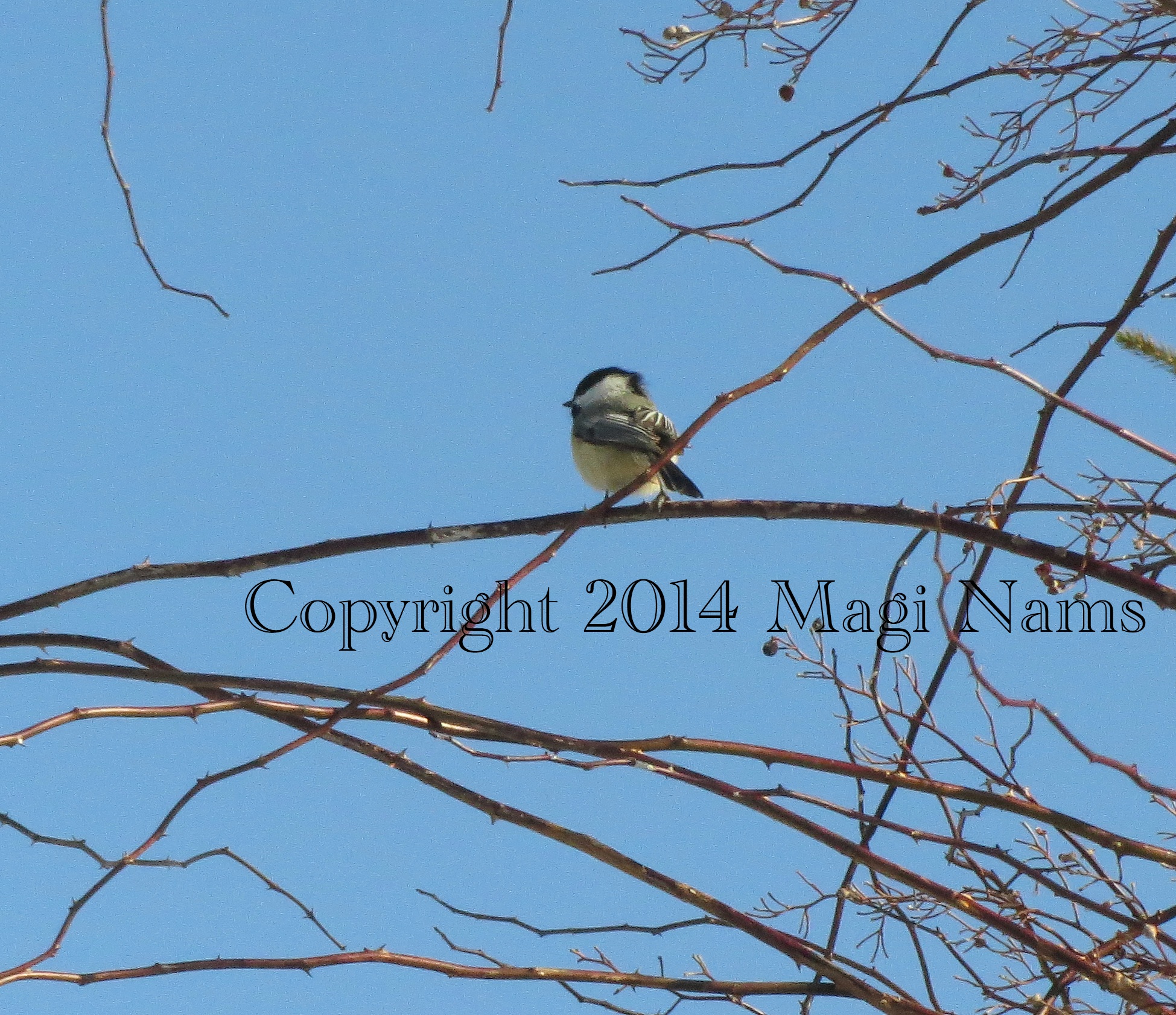