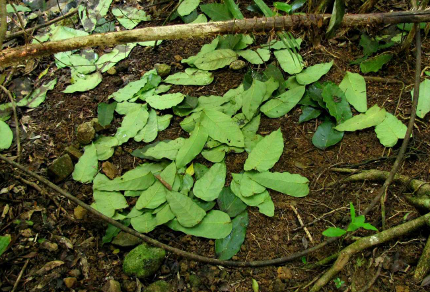 To escape the sultry heat of Townsville, where the daily maximum temperature seems to be stuck on 30°C and the UV index on Extreme, Vilis and I headed north and inland to the cool, shady, highland rainforests of Paluma Range National Park. As we drove the rutted, greasy gravel road to Lake Paluma, a white-headed pigeon flew up from the side of the road and perched in a rainforest tree, offering me a clear view of its handsome black-and-white plumage and scarlet beak and eye-ring. A Victoria’s riflebird screeched out a bold-as-brass ‘Yaaass,’ and an eastern whipbird’s ascending, snapping whistle penetrated the forest. I spotted bridled honeyeaters, a crimson rosella, grey-headed robins, and Australian brush-turkeys, but the overwhelming avian presence we encountered was that of the tooth-billed bowerbird.

We’d come in search of golden bowerbirds and did find a deteriorating double maypole bower untended – as yet – by a male of the smallest species of Australian bowerbird. Yet, the tooth-bills were everywhere, males singing from display perches, their wild, strange calls so much an eclectic collection of ringing tones and melodious rasps and sounds I can’t describe. I’m sure I saw a couple of females, too, in close proximity to vocalizing males, although not at display courts.

Chunky and heavy-headed, the tooth-billed bowerbird more closely resembles Australia’s two catbird species in body shape than it does the other, more slender species of bowerbirds. It also differs from other Aussie bowerbirds in that the male does not construct an avenue or maypole bower to entice a female to mate, but rather prepares a display court – a cleared patch of rainforest floor decorated with fresh, fairly large, overturned leaves of a single tree species. The male bowerbird uses its toothed bill to snip off the leaves and then place them in position.1 The two display courts Vilis and I found today possessed the same kind of leaves, all fresh. Old, decomposing leaves were present at the edges of the courts or had been tossed into the rainforest litter beyond the courts. One of the court owners sang from a perch a metre above the ground to the side of his display court, while the other flushed from a couple of metres off the ground up to a much loftier perch while we inspected his handiwork. 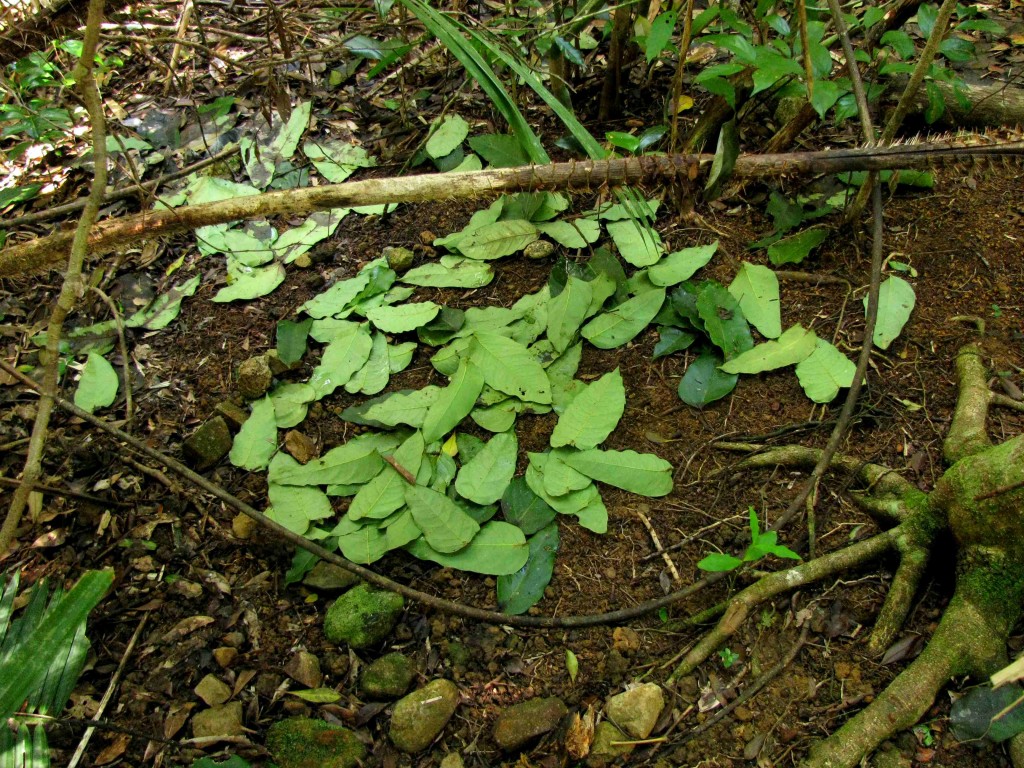 We heard numerous other males attempting to entice mates to their courts with the species’ peculiar, vibrant musical vocalizations that can apparently include accurate mimicry of the songs of other rainforest birds.1 Paluma is obviously a stronghold for the tooth-billed bowerbird, which inhabits only highland rainforests and vine thickets in North Queensland, between Cooktown and the Mount Elliot section of Bowling Green Bay south of Townsville.1 During our excursion in the Daintree, we’ll have to look and listen for this entrancing bird in that most ancient of rainforest realms.