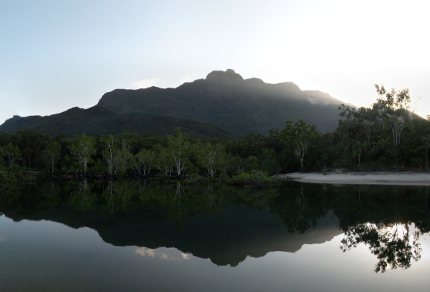 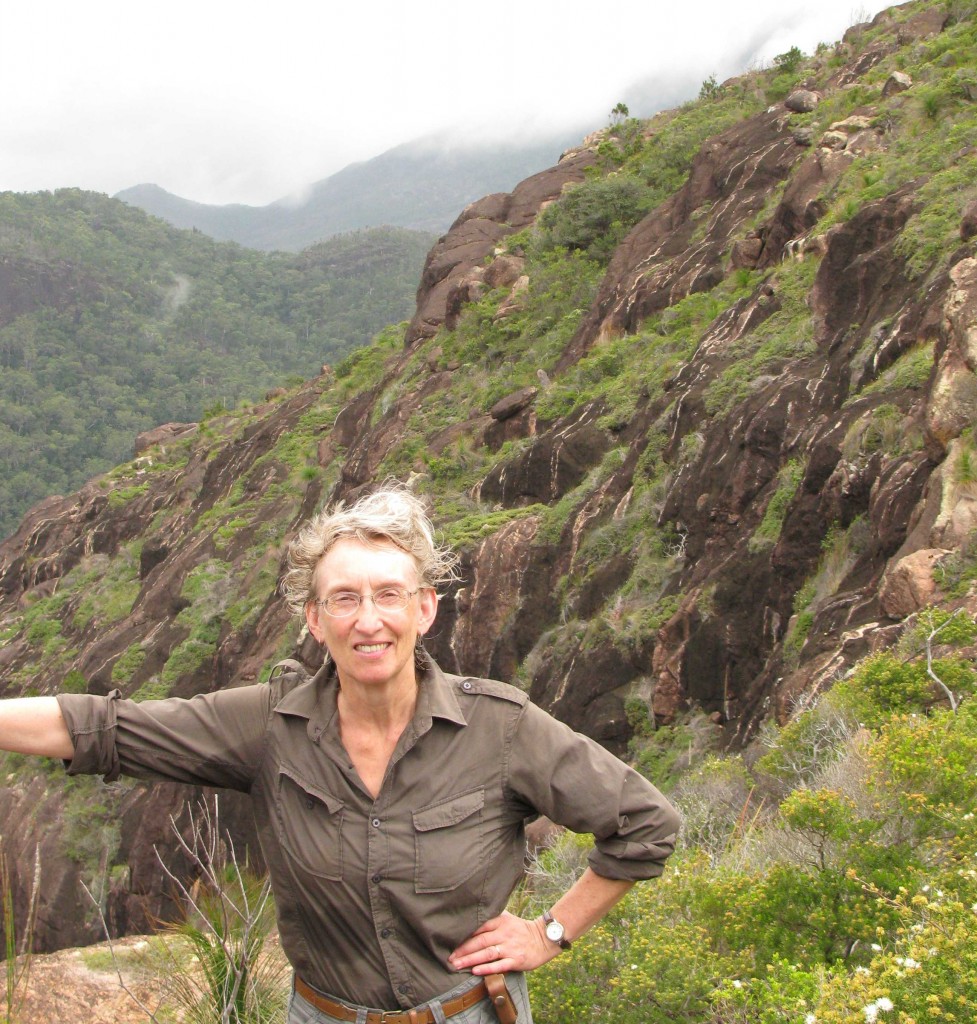 Here I am on Nina Peak, Hinchinbrook Island (© Vilis Nams)

If I had to choose one word to describe backpacking in the Wet Tropics, it would be sweaty. Perspiration poured off Vilis and me when we bushwalked the 32-kilometre Thorsborne Trail on Hinchinbrook Island in North Queensland. This was particularly true on the Mulligan Falls to Zoe Bay section, with all its ascents and descents over rugged terrain. The many streams we crossed on that section, although strewn with slippery rocks, provided blessed intervals of refreshing coolness.

And if I had to choose one word to describe birding while backpacking in the Wet Tropics (and probably anywhere else, for that matter), it would be unbalanced. I learned just how difficult it is to train my binoculars on treetops when the full weight of my backpack is causing me to tilt backward. This was not a good idea on narrow, rough sections of trail where watching my step was of some importance to maintaining my body’s health and integrity. Once we had arrived at our destination for the day, my suddenly weightless shoulders felt as though they were trying to lift me into the air even while my feet remained glued to the ground’s surface, and that condition held its own balance intrigues.

If I had to choose the best piece of advice we received before tackling the Thorsborne Trail, it would be that of storing our food, every bit of it, in the metal, rat-proof boxes at the campsites. We suffered no food losses, and fellow campers who stayed up later than we did observed rats sniffing at the impenetrable food safes. Even without food in our tent, Vilis spotted a small hole in our tent on the last morning, which he later realized had been chewed, not torn. This hole, we concluded, may have been the reason we had felt bugs crawling on us in the night and had accumulated exceedingly itchy red bites in unmentionable places.

All in all, the Thorsborne Trail was an excellent bushwalk, well-deserving of its reputation as one of Australia’s (and perhaps the world’s) best hiking trails. Vegetation was varied and exotic. Scenic views from the uplands were spectacular. The beaches were surprisingly pristine, with only the odd bit of wave-transported trash, and so enticing that we stepped onto their pale sand to leisurely stroll near the surf again and again. Assorted fauna enchanted us – the spotted perch in the pool below Zoe Falls, the lace monitors at various campsites, the mudskippers and sooty oystercatcher at Nina Bay, the beachstone-curlews hunting their prey of soldier crabs at Zoe and Nina Bays. And even while we hiked its east coast, the island, with its peaks frequently shrouded in cloud, maintained the aura of wild mystery that had so attracted us to it. Well done, Hinchinbrook. 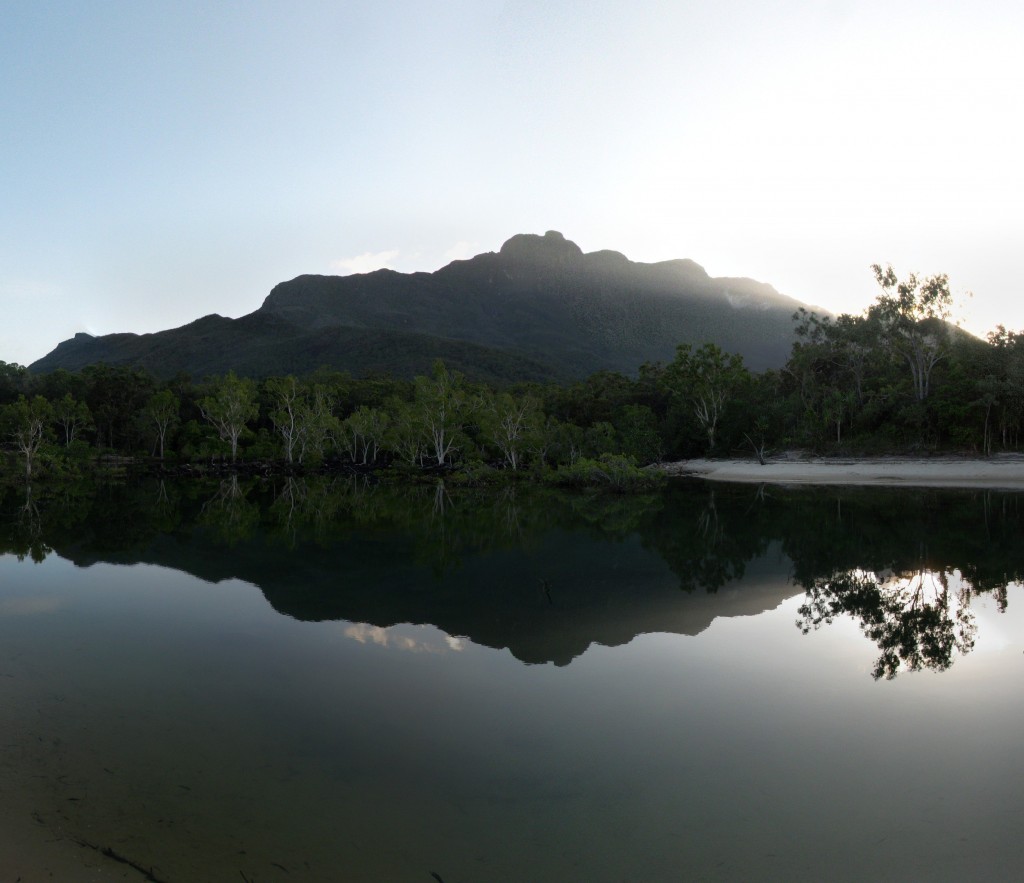 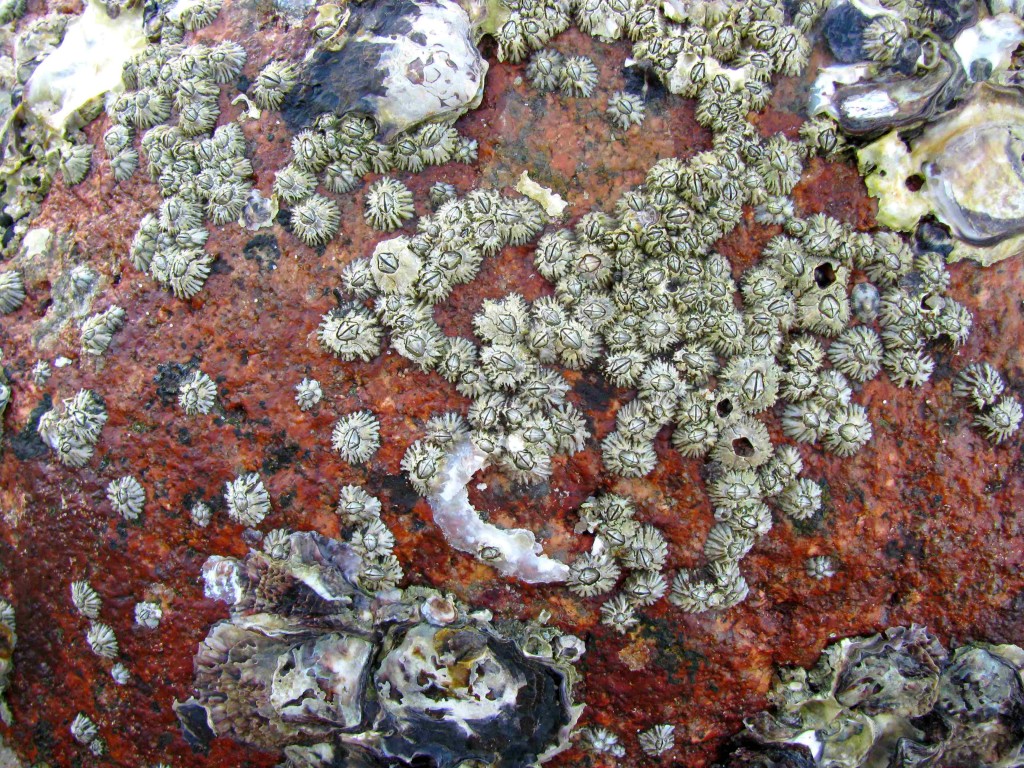