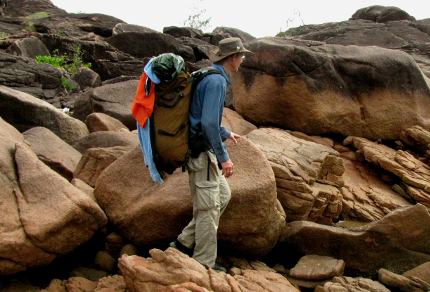 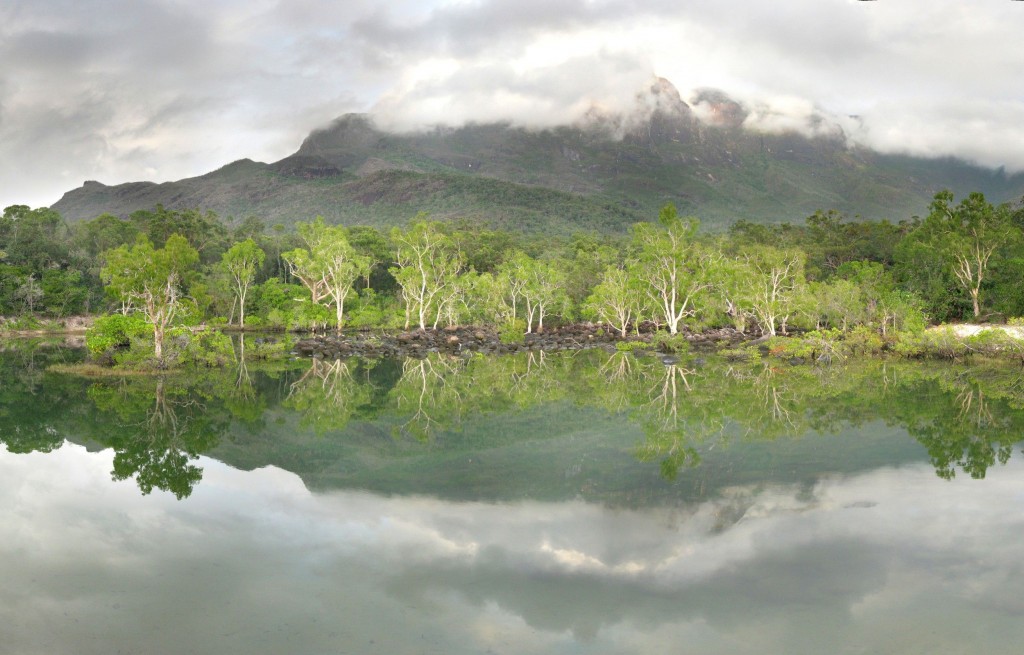 Early morning sun created exquisite reflections in Little Ramsay Bay’s lagoon, enticing Vilis and me in for a quick, refreshing dip before our hot porridge breakfast. After the meal, we broke camp and hiked north along the beach and then through mixed woodland cloaking a low ridge between Little Ramsay Bay and Boulder Bay.

On reaching Boulder Bay, we rock-hopped around a headland and climbed atop granite cliffs that broke away in sheer, vertical slopes to the ocean. Having read that green sea turtles are often seen in the water at the base of the cliffs, we scanned the swirling green waves for turtles but saw none. We climbed down from the cliffs onto thrusting plates of eroded granite edging the north side of the headland. Only an hour after we’d set out, we stepped onto the beach of Nina Bay. 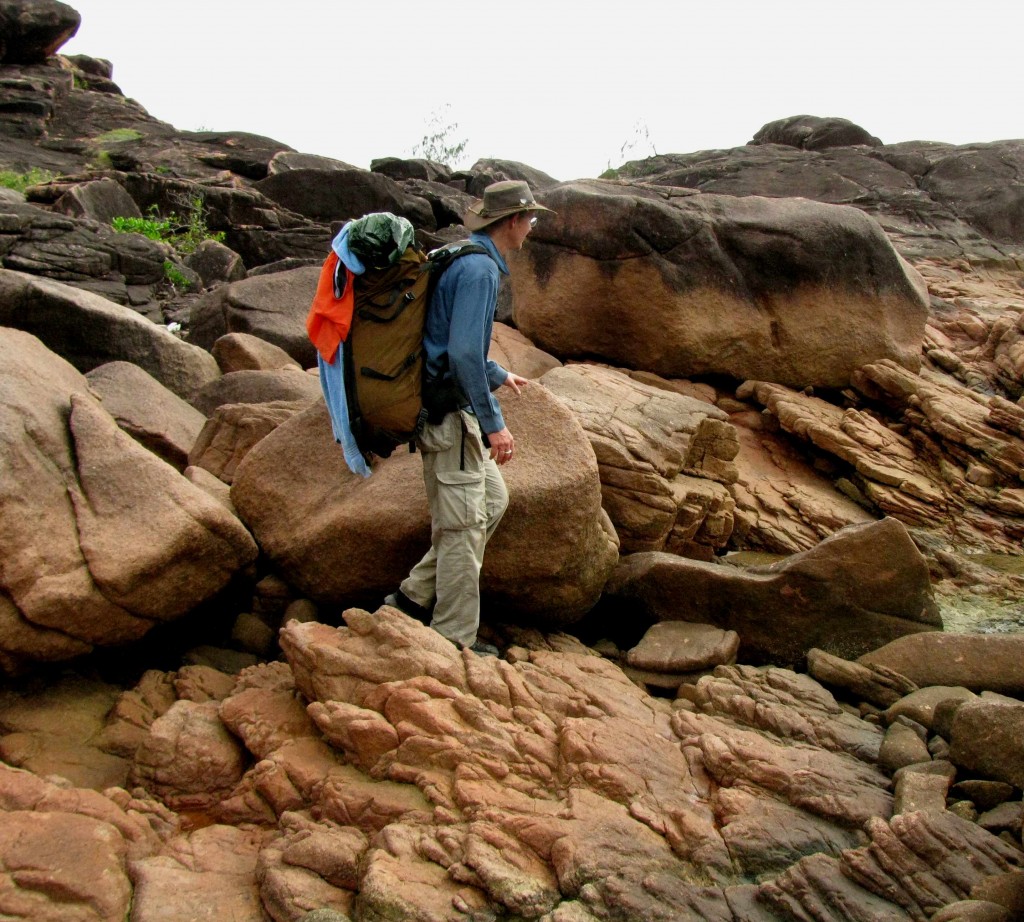 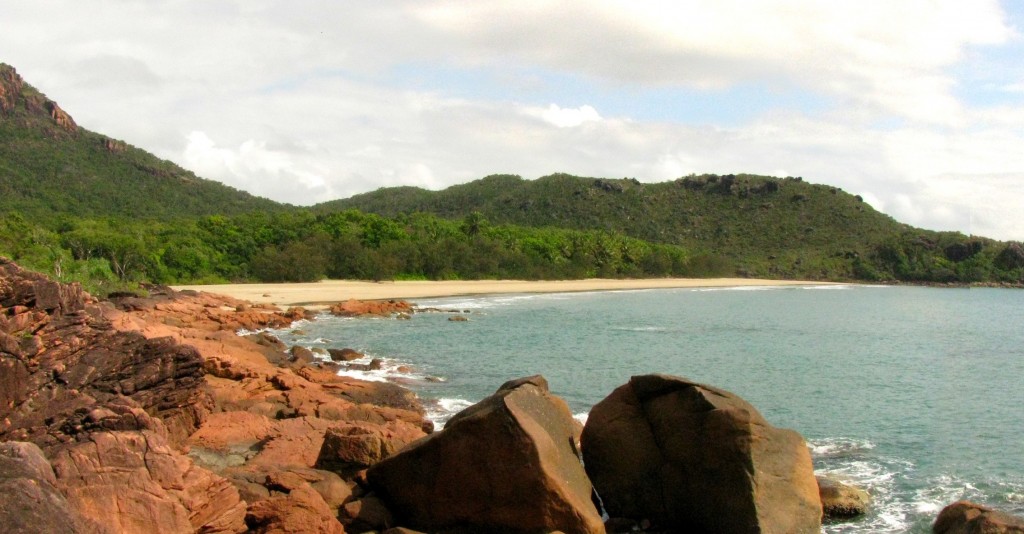 Edged with she-oaks, mangroves, and coconut palms, Nina Beach resembled Little Ramsay Beach in its configuration, but was less than half the length and lacked the picturesque lagoon caught behind beach sand dunes. However, it possessed freshwater sources in rocky creeks at both north and south ends of the beach, each of which filled our water bottles with much better-tasting water than we’d collected at Little Ramsay Bay. Nina Peak reared up to the west of the beach, its eastern face craggy with cliffs and slanted rock faces. 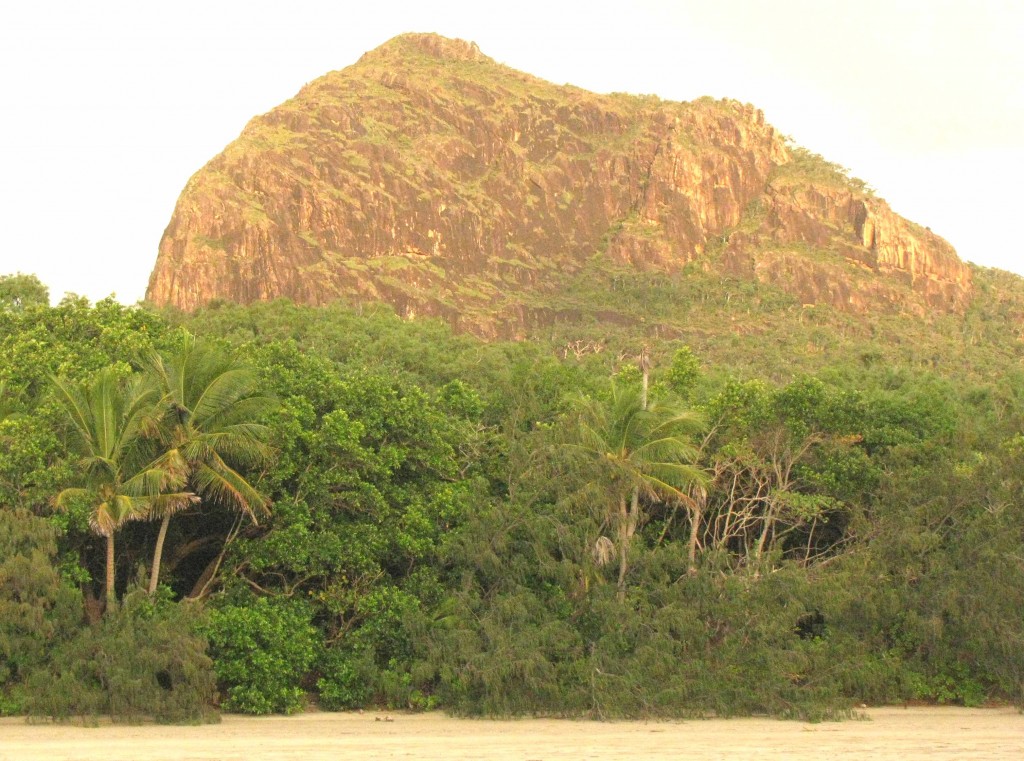 We set up camp beneath sheltering trees back from the shore and explored the beach and creeks. For the first time, I observed mudskippers, which are tiny, completely amphibious marine fishes with protruding, googly eyes, the body shape of a large, slimy grasshopper, and strong pectoral fins which are used to propel the mudskippers over shallow water and mud. At first, Vilis and I simply spotted the skipping motion, as though invisible children were skipping tiny stones. Then we isolated the mudskippers, which were only a few centimetres long and well camouflaged against a backdrop of wet sand and mud. Vilis described them as creatures that looked as though they were in the midst of evolving to live on land. 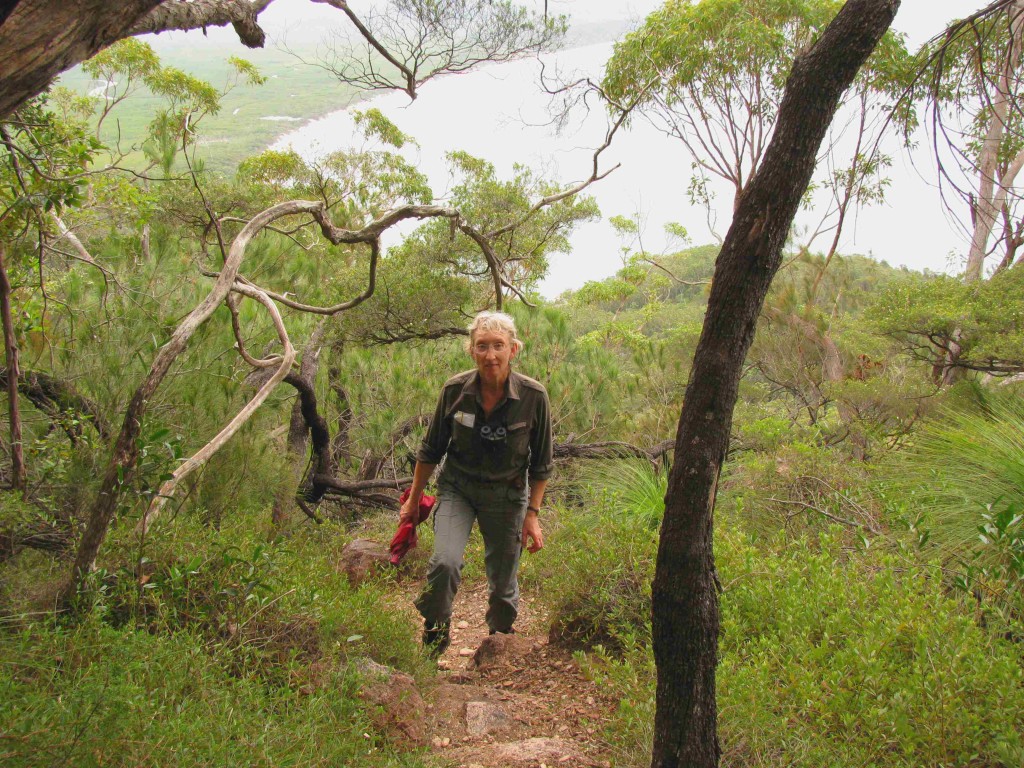 After an early lunch, we hiked north on the Thosborne Trail to the saddle between Nina Bay and Ramsay Bay. There, a cairn of rocks indicated the start of a side trail leading up the north slope of Nina Peak. We took our time and climbed the boulder-studded track through gnarled, reaching gums into the realm of bare granite, cushion plants, dwarf shrubs, and stunted, wind-tortured trees. The peak offered spectacular views out over Nina Bay and bays to the south, as well as of clouded-shrouded Mount Bowen and mangrove swamps with snaking inlets west of Ramsay Bay. 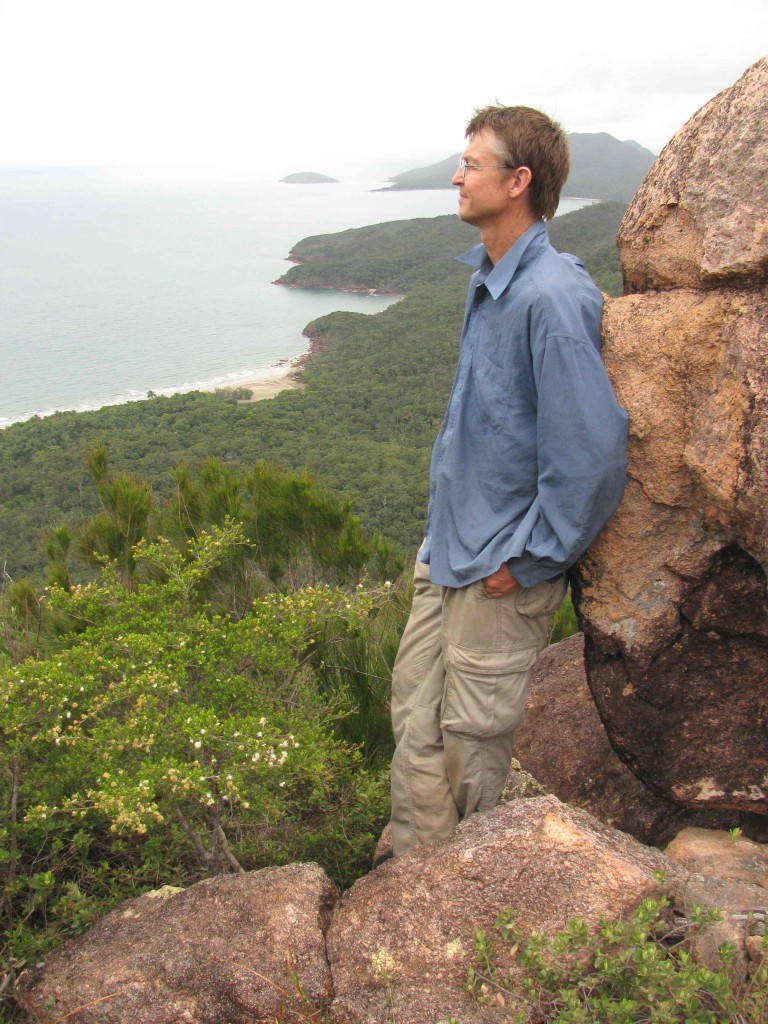 Inspired by the views, but thirsty, we descended Nina Peak, strolled back to camp, and lazed away the rest of the daylight hours with reading, birding, and beach strolling. Dusky honeyeaters fussed in blossoming trees, a black sooty oystercatcher pried open oysters with its long, scarlet bill, and as at Zoe Bay, a beach stone-curlew hunted crabs on the beach at dusk. When darkness settled over the forest, we slipped into our tent – the only one in the campground – and attempted to sleep (Vilis more successfully than I). Surf pounded onto shore, and insects wheezed and buzzed deeply beyond the tent walls, the latter sounding for all the world as though the tropical forest was snoring alongside us. 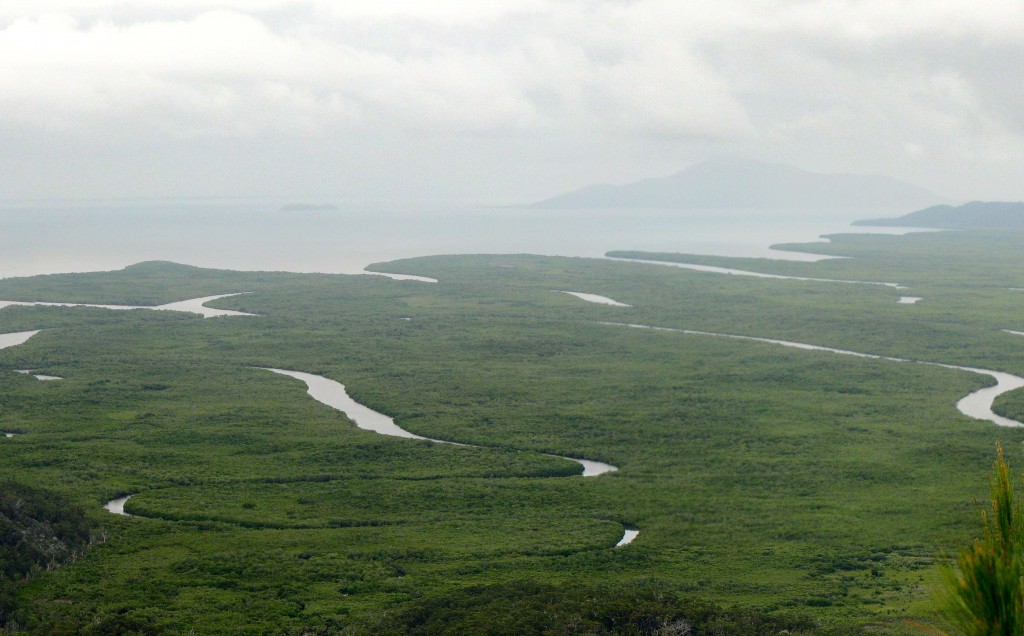