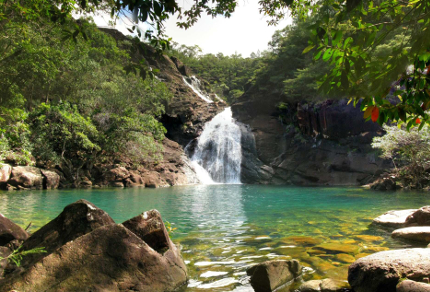 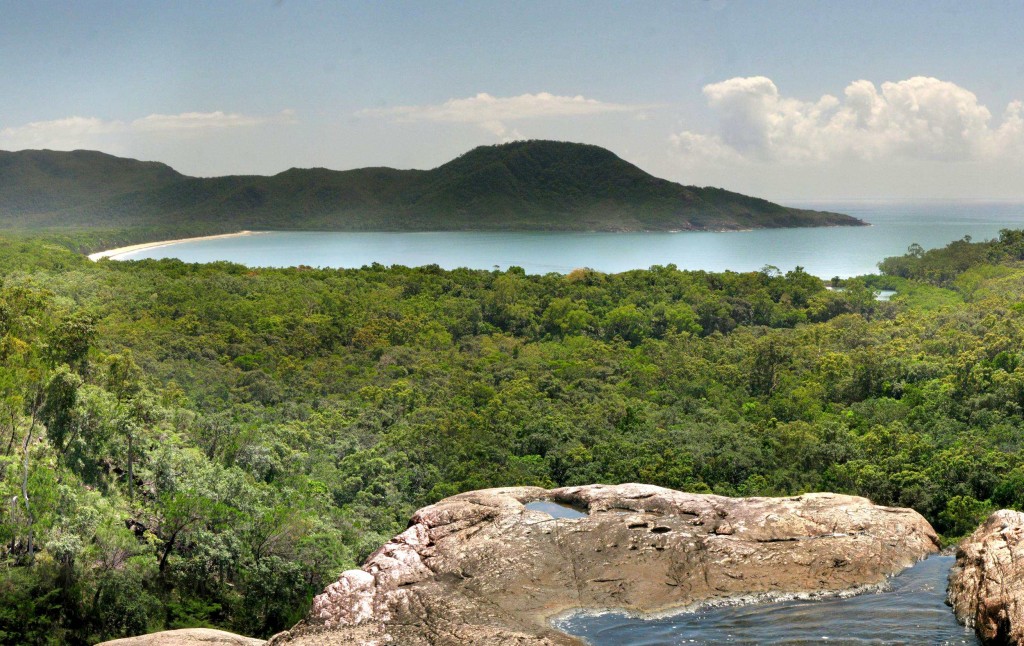 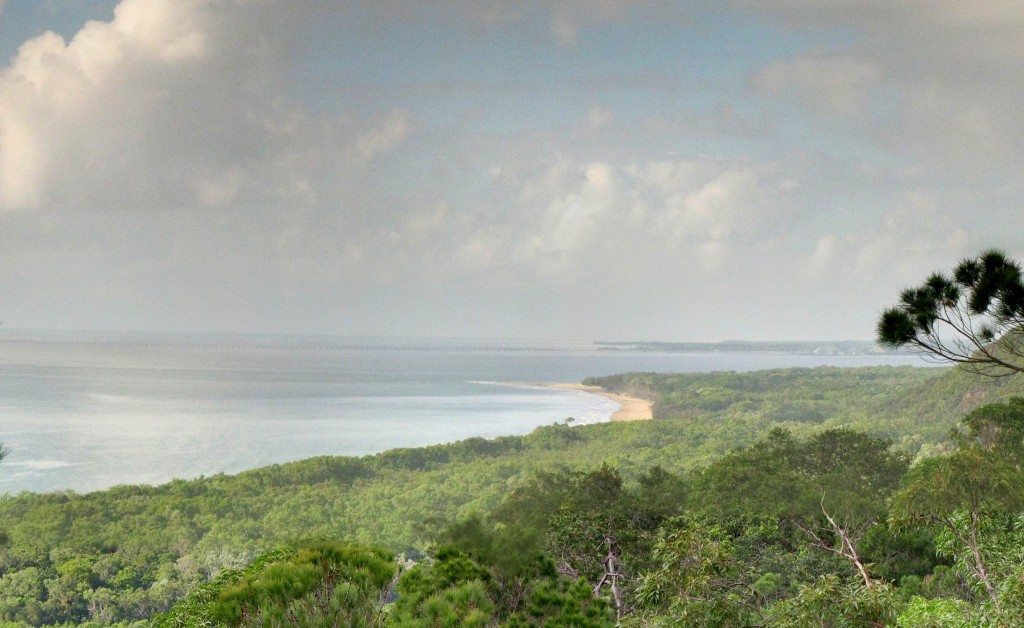 After light rain in the night, the rainforest at Mulligan Falls exuded moisture, creating a steamy atmosphere that pervaded our clothes and senses. Sweat beaded from our skin even before we began hiking, and our breakfast of porridge tasted oppressively hot. We broke camp at 7:45 a.m. and climbed a steep track up and out of the rainforest, into open woodland, and then into shrubland dominated by she-oaks, grass-trees, and gums. Rough rock steps and ground gravel led us to the first upland saddle of the rugged, boulder-strewn terrain we were to hike this day. Oceanward, generally clear skies offered distant views of the mainland and other islands, as well as Mulligan Bay to the south, Sunken Reef Bay below us, and a thrusting headland to the north. Inland, Hinchinbrook’s craggy, cliff-faced peaks brooded beneath a shroud of cloud. 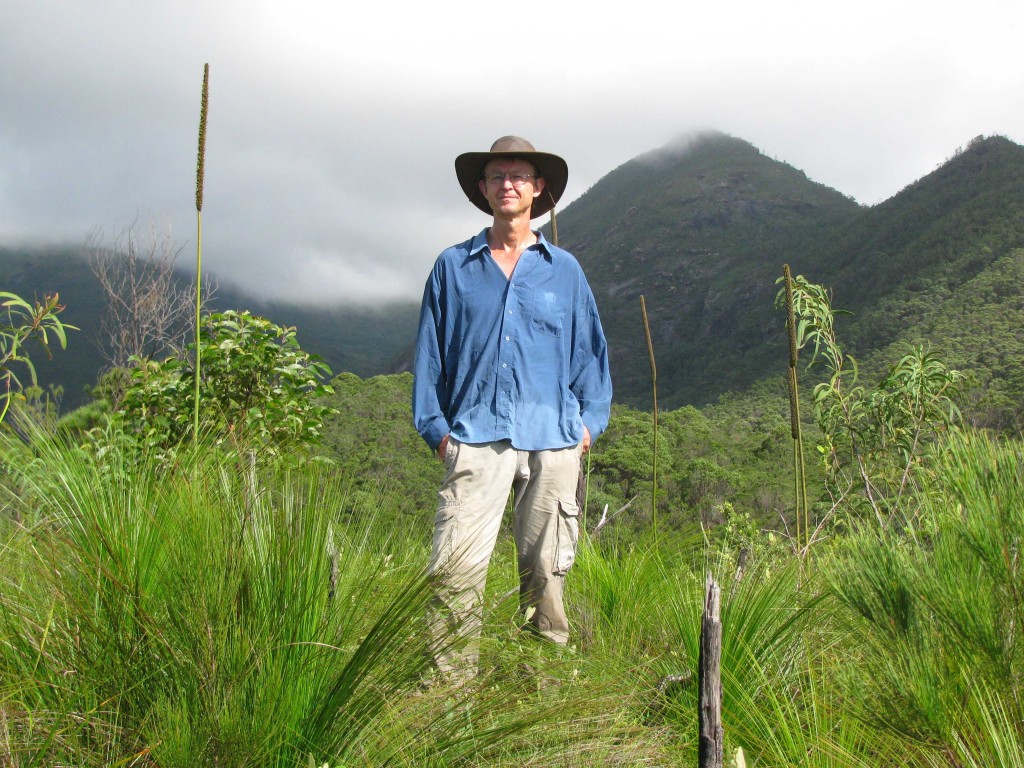 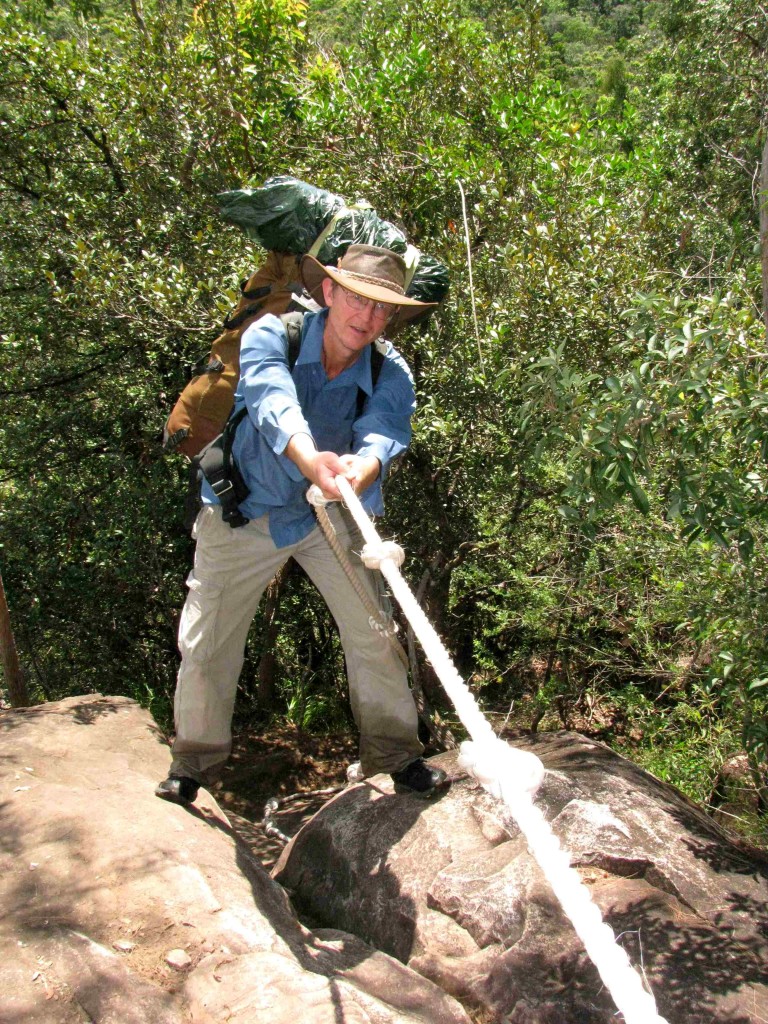 We descended from the shrubland into dense vine thicket and, a kilometre from Mulligan Falls, waded across Diamantina Creek. The creek, with its fast, thigh-deep water rippling around and over large, slippery boulders, was the first of what became a seemingly endless succession of slippery stream crossings on the remainder of the 6.5 kilometres of exhausting ascents and descents leading to Zoe Bay. From atop the granite slabs comprising the cliff face of Zoe Falls, we gazed down into the falls pool and out over the brilliant blue expanse of Zoe Bay. Then we ‘abseiled’ down a mound of granite, using a knotted rope attached to a metal post imbedded in the rock.

Hiking down yet another steep slope, we descended to the base of the falls and crossed South Zoe Creek – our source of drinking water for the Zoe Bay Camp – a hundred metres below the falls. The remainder of the hike to the campsite was a pleasant stroll through shady, palm-cluttered rainforest, and then into mangroves bordering Zoe Bay. Lace monitors basked on the path and in sunlit patches of forest litter, and a Macleay’s honeyeater curiously observed us as we set up camp near the beach. 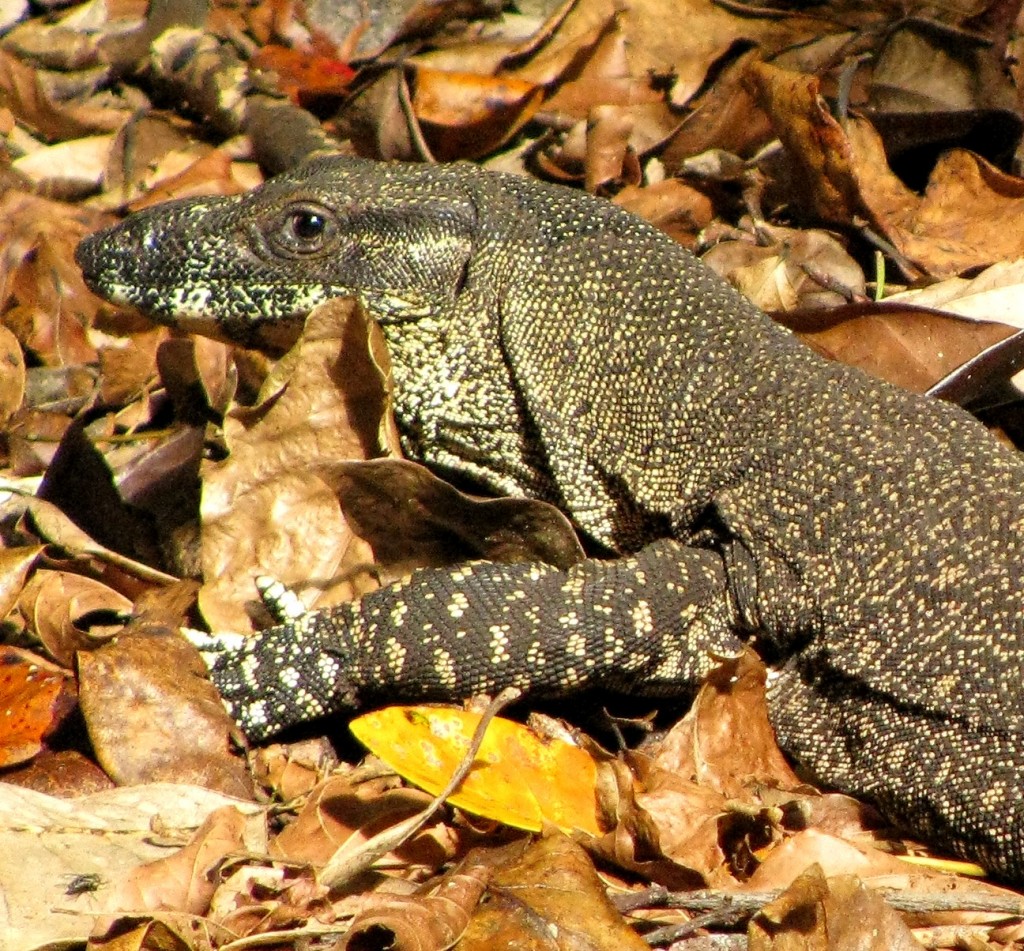 Fortified by a hearty lunch of bagels and salami, dried fruits and nuts and sweets, we retraced our steps to Zoe Falls and swam amid spotted perch in exquisitely clear, green water that washed away sweat and fatigue. Then we, like the lizards in the forest, basked in the sun.

Evening came early, as always in the tropics, with dusk creeping in around us shortly after 6 p.m. We strolled the beach in its dimness, watching a beach stone-curlew hunt soldier crabs, and spotting a flock of white-headed pigeons winging from the rainforest out over the beach. Stars shone through the mangrove branches in the night, and waves surged onto shore, washing the darkness with endless waves of sound far louder than Mulligan Falls had been last night. Although the Zoe Bay camp and Zoe Falls exuded a sense of peace, the forest’s buzzing night insects and the beach’s pounding surf were – to a soul who loves to sleep in silence – far from restful. 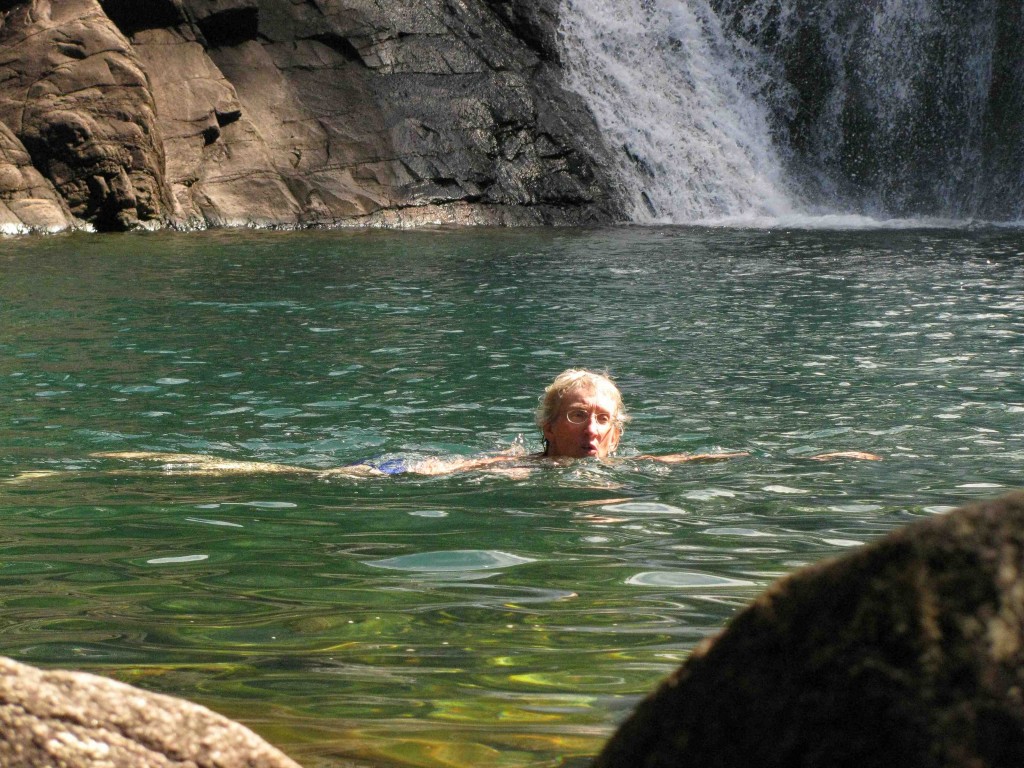 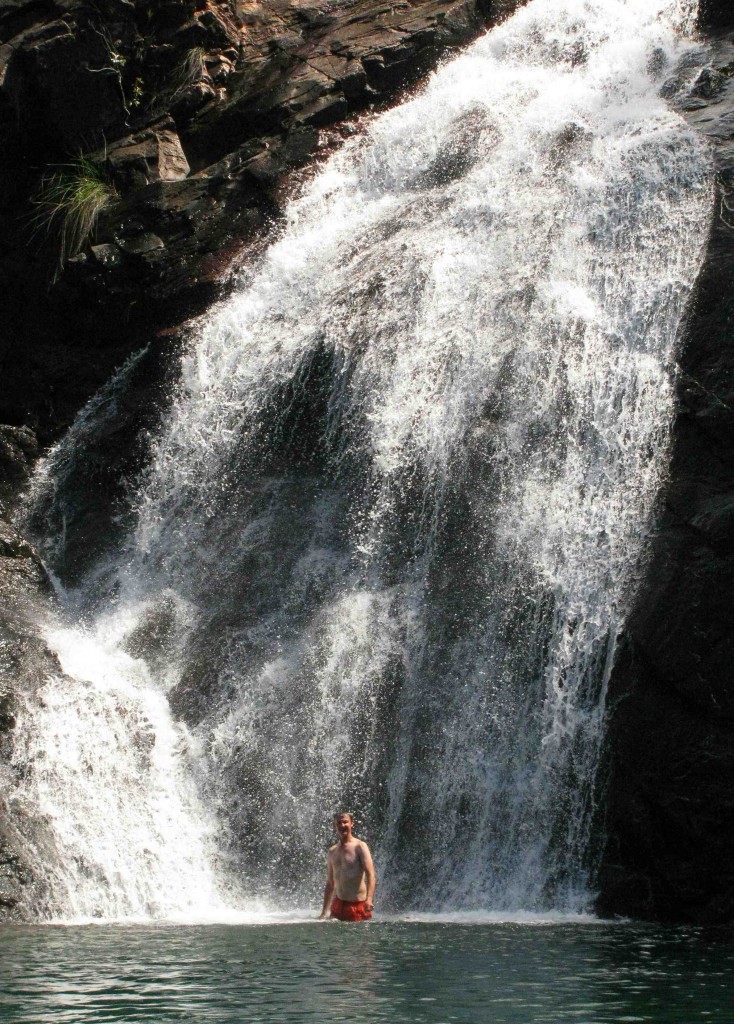 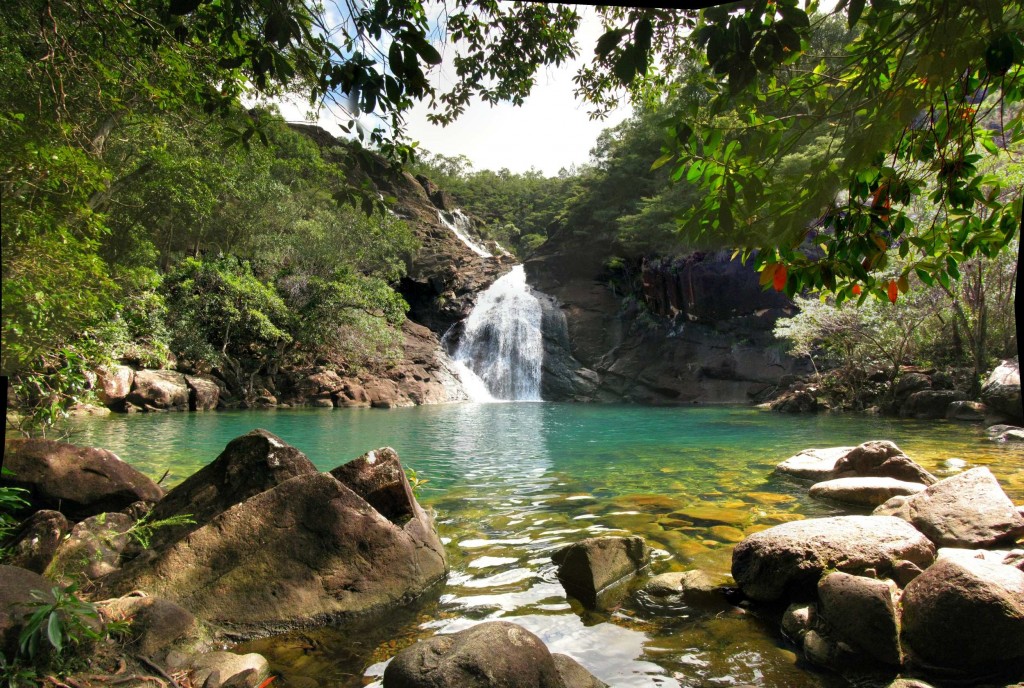