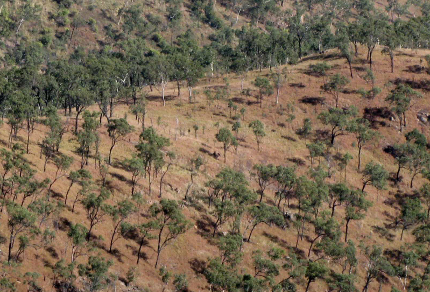 As we crossed the International Date Line in early morning, instantly, all aboard the Air New Zealand  jet experienced time travel, leaving Tuesday behind and beaming (without the shimmering transporter effects) into the early hours of Wednesday morning. Later, at 5 a.m. Auckland time, the view out the jet’s window was of a vast rainbow licking a serrated black horizon, the ebow’s red pressed tight against the darkened clouds above New Zealand and spanned into a wide belt of orange that hinted at yellow and green before spilling into brilliant blue that darkened into indigo, into purple, and then into darkness.

Aotearoa, the Māori call it, their ‘Land of the Long White Cloud.’1 They found it more than a thousand years ago,2 a land of birds, where the largest eagles that ever lived, the Haast eagles, hunted giant moa, diving onto their prey from forest perches and slamming into the massive, flightless birds with talons the size of a tiger’s claws.3 Hundreds more years passed before the first European, the Dutchman Abel Janszoon Tasman, saw it in 1642.4 The Māori routed him, but he returned to Holland with reports of these isolated southern islands, and Dutch geographers named them Nieuw Zeeland after a Dutch coastal province.4

When clear light arrived, the view from Auckland International Airport was of clean, pale runways, lush lawn, and distant green, forested hills. An Air New Zealand jet posed elegantly on the tarmac, the stylized teal-blue Māori spearhead on its tail hinting at exotic mystery amid refreshing light and green so familiar, it could have been Canada. Almost ten years ago, my family spent ten and a half months in New Zealand and were captivated both by astonishing geographical similarities to Canada – the South Island’s deep, glaciated lakes and rugged peaks so like those of the Yukon, the forested islands and rugged coast near Picton so like the Pacific coast, the rich, agricultural land of the central North Island, so like that of southern Ontario – and by geographical features having no similarities whatsoever to Canada, notably the South Island’s West Coast rainforests overflowing with ferns and tree-ferns, and the barren volcanic peaks of the North Island’s Central Volcanic Plateau.

After a three-hour wait, Vilis and I boarded our second Air New Zealand flight, one destined for our penultimate destination, Cairns, the vacation centre of northern Queensland. Following five hours of flying above the overcast Tasman Sea, we arrived in Cairns in mid-morning. Immediately, we were struck by the brilliant quality of Australian light and by the searing heat. A distant range of steep hills with ridges and dented valleys swathed in exotic forest enticed us, as did lush palms and other tropical vegetation that contrasted sharply with white airport walls and pale walkways. A tall, artificial Christmas tree erected outside the departures area and decorated with bows and bells appeared totally out of place, much more suited to the below-freezing temperatures we had left behind us in Nova Scotia than to the 32°C temperature in Cairns.

Avoiding the sun, Vilis and I took a brief walk beneath covered outdoor walkways and huge overhangs projecting from the airport walls. I spotted house sparrows, a welcome swallow, black-and-white magpie-larks, and several mynas flitting about or striding the airport’s cement. Entering the air-conditioned departures area, we killed time before our brief flight to Townsville by ordering burgers and fries from Happy Jack’s and chatting with a loquacious fellow who seated himself beside me. I asked him what people do in Australia for Christmas.

“Go fishing and drinking. Or drinking and fishing – however you want to do it.” He told us that he was on his way home after supervising the assembly of a massive engine designed to burn methane from a coal seam and put the electricity on grid. “I got the job when the other guy spit the dummy.”

Vilis and I gave each other a startled look. “What did you say?” Vilis asked.

At 1:10 p.m., we winced our way across open tarmac to board a QantasLink carrier for the 45-minute flight to Townsville. Rough, dimpled hills reared up behind hangars and runways, and heat and humidity felt close and oppressive, prompting a headache for me. Onboard the small aircraft, which had been baking in the sun, the airline staff were welcoming and efficient, offering friendly smiles despite the heat.

During our halfway-round-the-world jaunt, we noticed differences in the character of  airport and airline staffs depending on their nationality. Our compatriots in Halifax and Toronto were courteous and efficient, with a restrained sort of friendliness and the odd breakthrough of personal interest and empathy. The Americans, perhaps justly so in view of recent happenings, were aloof and faintly suspicious, although Vilis did reap a huge smile from one of the security personnel when he told her quietly, after she was finished with him, “I like your hair.” It was piled high in black curls atop her head. Aussie security personnel, in contrast, were surprisingly laid-back, the bloke who passed our bags through x-ray laughing as he told us, “I haven’t seen ice skates in a bag in a long time.” But give me the Kiwis any day – sunny smiles, stunning in their pale grey suits, helpful to a fault, making you feel, on those long flights over the Pacific Ocean and Tasman Sea, that they were absolutely dedicated to your comfort.

From the air above Cairns, our view was all green, cream, and blue. A wide, olive-coloured river wound through emerald agricultural fields on a plain adjacent to a beach that looked like pale lace edging clear, turquoise ocean. Offshore, the Great Barrier Reef  was evident as vague circular smears of palest aqua indicating shallow water over coral formations. From the central East Coast of Australia north to New Guinea, the GBR stretches for 2300 kilometres and is the largest living organism on the earth, albeit a vast, colonial organism occurring in ribbons and patches.5 Here, at Cairns, it’s 50 kilometres offshore;5 at Townsville, it’s farther.

Our flight followed the coast southward. Below us, forested mountains touched sandy shores, and estuaries spilled beige sand into shallow continental shelf waters. Alongside us, white cumulus clouds resembling massive copses of trees with bulging, rounded canopies far vaster than those of any earth-borne tree rose above the ocean’s surface and were overlain by fragmented sheets of fast-moving grey. Shadows on the ocean surface seemed to me to be dark footprints of that atmospheric gathering of power and moisture.

On our approach to Townsville, we flew through a thicket of cloud, and I felt as if I could reach out and touch the billowing whiteness. Below us, wetlands lay between the coast and city, the reddish bulk of Castle Hill reared up against the sky, and the Ross River wound its serpentine path through the city and floodplain. The entire landscape was brown, dry, and dusty, with trees scattered over rocky ridges and the plain. It was a world away from the lush, tropical richness of Cairns, and even though I knew Townsville is located in a rain shadow and lies in the dry tropics, I was unexpectedly disappointed on my first sight of it.

At the airport, we rented a Camry and cranked up the air-conditioning. Then we navigated our way through the northern part of the city to the suburb of Railway Estates and the home of Richard Rowe, an entomologist at James Cook University who was on vacation and had generously offered us the use of his house while he was away. His home, like many others we had passed en route to it, was an older  Queenslander built atop supporting poles about six feet tall to withstand flooding. Painted grey and fitted with numerous narrow windows having panels of green and clear pebbled glass, it was shielded from the street by a tall, white picket fence, soaring palms, red-flowering shrubs, an evergreen frangipani with fragrant white blossoms, and tall, fan-shaped clumps of traveller’s palms with fringed, paddle-shaped leaves. We introduced ourselves to the neighbours, Barry and Millie, who were expecting us, and retrieved a key from them.

I spotted a dead gecko on the steps as we climbed to the front door and thought of the e-mail note Richard had sent to Vilis describing what to expect at his home. “…keep all opened food in the fridges (ants)… don’t worry about the cockroaches or geckoes – this is the tropics.” There was more, too, about possums dancing on the roof, beer in the fridge, and the occasional python cruising through the back yard.

Nothing we did with that key would entice the door to open, so back Vilis went to the neighbours and returned with Millie beside him. White-haired and sturdy in her sundress, she led us to a side door atop another set of stairs, opened a screen door, and worked away at the lock with the old-fashioned, long-barreled key until the door granted us access. Millie led us through the house to an airy guest room with a bed that looked incredibly welcoming to Vilis’s and my exhausted eyes.

In the back yard, our guide pointed out trees – two limes, a mango, and  “a fig of some kind.” The others she didn’t know, but the bright pink flowers I thought belonged to the mango, she told me were blossoms of a bougainvillea that had crept into the tree’s canopy. Likewise, the spade-shaped, variegated leaves spilling down the mango’s trunk were those of a philodendron climbing its way into the treetop and sprawling over the fence. Millie showed Vilis and me green tree ants scurrying along a branch, and the ants’ dried, brown leaf nests that resembled a cross between a paper wasp nest and a massive butterfly cocoon. “You don’t want to get into it with those ones,” she warned us. “They can give you a bit of a nip.”

Upon our inquiries about flooding and cyclones (prompted by Richard’s note telling Vilis that the house had recently been strengthened and re-roofed and the larders stocked with food in case of flooding or a cyclone), Millie informed us that there hadn’t been serious flooding since the Ross River Dam was built, and that the last cyclone was thirty-eight years ago. “There’s been others that have gone up the coast, and then down the coast, but they didn’t cause any real damage.”

By the time we got through all that, Millie’s face was red and perspiring, and Vilis and I were wilting from heat and exhaustion. She took her leave, and we unloaded the car. Supper was canned beans, juice, crackers, and oranges. We drove to an electronics store to buy an adapter for my computer for the 220-volt electricity, and on our return to Richard’s house, fell into bed at dusk. That translated as 7:30 p.m. Darkness comes early in the tropics. Before sleep claimed me, I heard gentle patters of rain on the metal roof overhead. In the night, the patters swelled to a pounding deluge. The Wet had arrived with us.