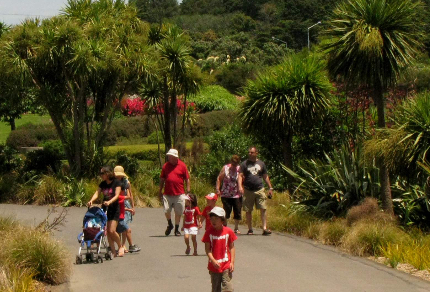 In a last, brief embrace of North Island New Zealand, Vilis and I spent today’s sunny late morning and early afternoon hours in the Auckland Botanic Gardens and on the adjacent Puhinui Stream Forest Trail. We strode quickly among plantings and along the trail, pausing for me to identify birds attracted to the lush profusion and variety of plants. The gardens’ avifauna was a mix of native and introduced species, offering me opporunities to observe, among many others, a pair of agitated blue and black pūkeko with a brownish juvenile, a male greenfinch belting out his song, and a flock of spotted doves on a sun-baked, brick walkway. Vilis spotted an eel swimming in Puhinui Stream, the fish’s long, flattened body moving like a snake in water. 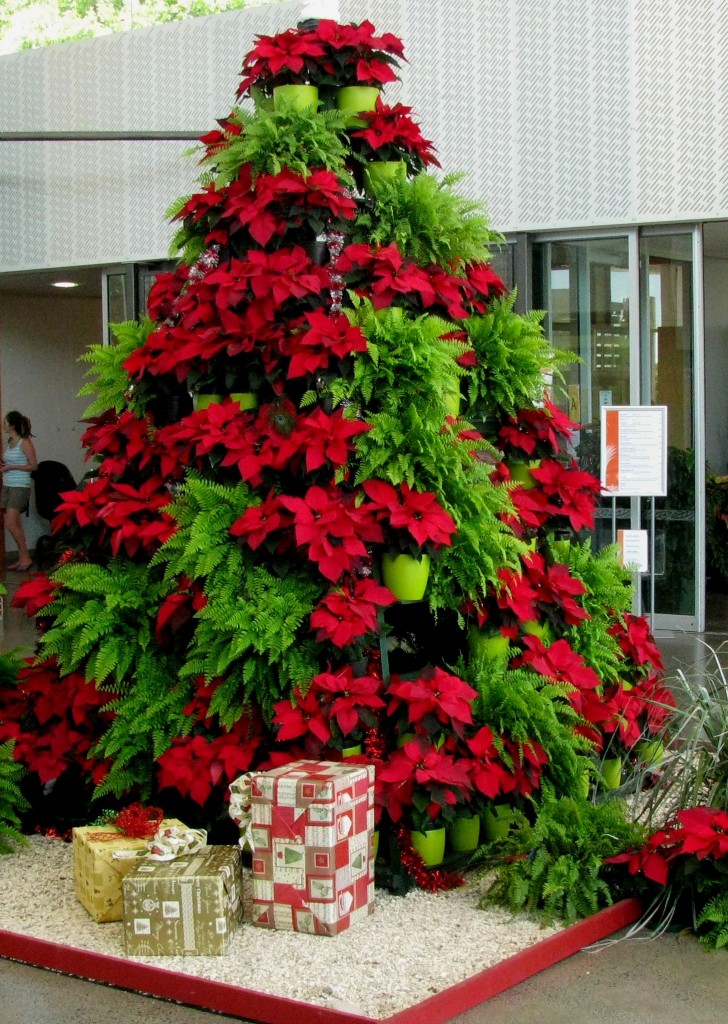 Then, with our Southern Hemisphere exploration time run out, we returned the rental car and retrieved our stored luggage in Auckland, caught a shuttle bus to the airport outside the city, and, at 11 p.m., lifted into the sky in an Air New Zealand jet for that long night flight over the Pacific Ocean to Los Angeles. We landed in North America a dozen hours later, but because we had crossed the International Date Line from west to east, arrived in Los Angeles earlier on December 23 than we had departed from Auckland. The outdoor air smelled good, with that indefinable scent of temperate North America no doubt derived from plants and other organisms particular to this continent. Even though we had another night flight ahead of us, to Toronto, and then four days of visiting Vilis’s family before flying to Nova Scotia, part of me felt I was already home. Merry Christmas!