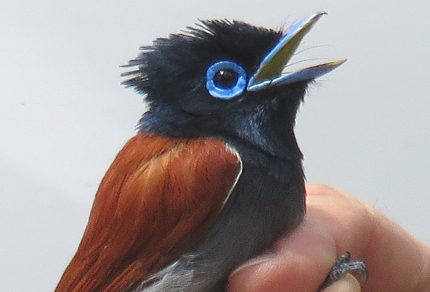 One of Africa’s most beautiful birds, the agile African paradise-flycatcher inhabits forests and woodlands in much of sub-Saharan Africa.

In keeping with the South African theme of my last two posts, my first “bird of the week” is the exquisite African paradise-flycatcher, Terpsiphone viridis. (Tap on photos to enlarge.) 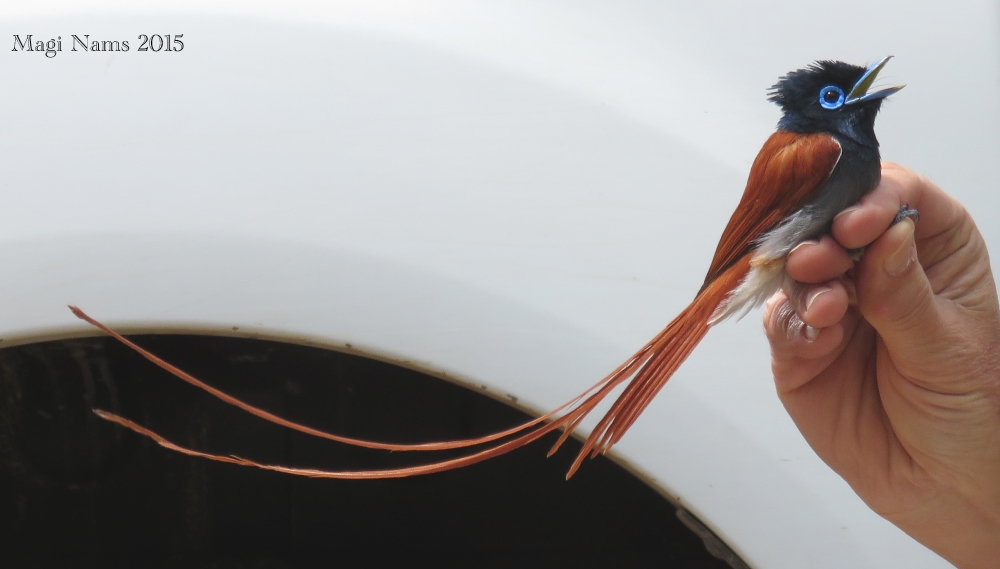 A member of the songbird order Passeriformes and family Monarchidae, this flycatcher’s scientific name is derived from two Greek words: terpsiphone, meaning “delightful voice,” and viridis, meaning “green” (refers to a greenish tinge on the head). [1] 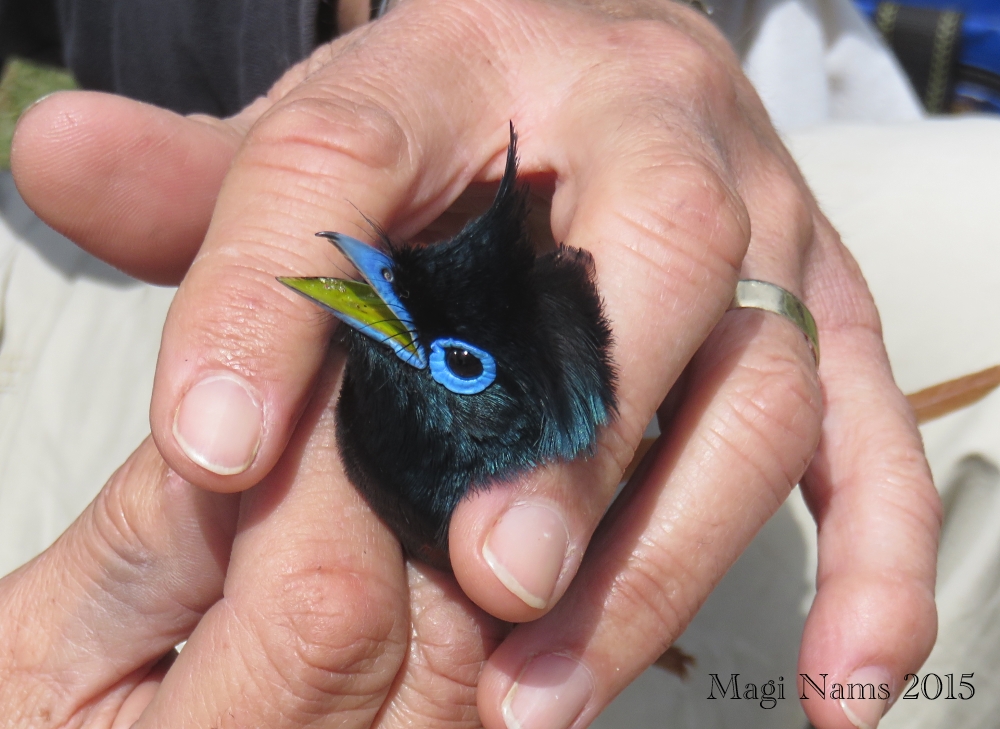 As you can see from the photos, African paradise-flycatchers are  medium-small (14 grams) songbirds. Their length is 17 centimetres, although the breeding male’s total length, including its elongated central tail feathers, can reach 30+ centimetres. [1, 2] Both males and females have chestnut brown upperparts and blue-grey heads with a greenish tinge. Females lack the long central tail feathers. Both males and females have a blue beak and blue eye-wattle ringing their eyes, both of which present a striking contrast to the paradise-flycatcher’s yellow gape.

The African paradise-flycatcher is an intra-Africa migrant that occurs in most parts of sub-Saharan Africa, as well as the southern Arabian Peninsula. In some regions, it’s a resident species. It inhabits riparian (riverside) woodlands, forests, wooded gardens,  open woodlands and scrublands. [1, 2 ] As its name implies, this elegant songbird is insectivorous, although it will also feed on spiders and small berries. [1]

I saw my first African paradise-flycatcher at Fort Fordyce Nature Reserve in the Eastern Cape province of South Africa. I had been invited to accompany two Rhodes University ornithologists, Drs. Adrian Craig and Pat Hulley, on a forest bird mist netting and ringing outing. When Adrian removed the paradise-flycatcher from a cloth bag, I exclaimed with delight, thrilled to see this gorgeous creature up close. That’s where I took the above photos. 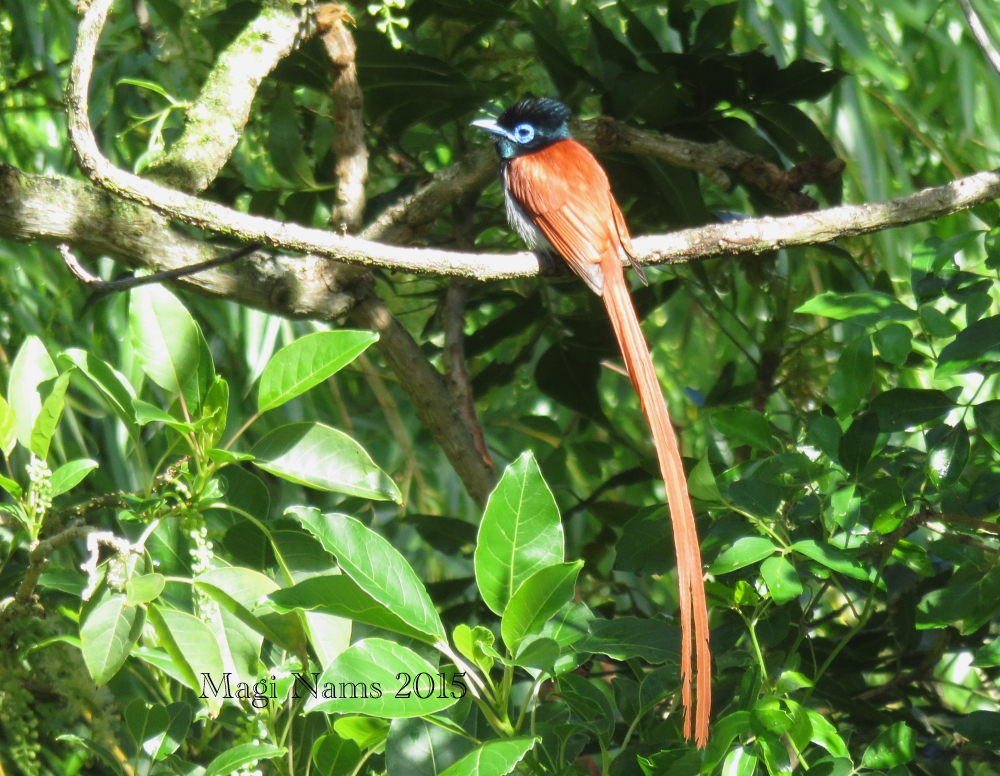