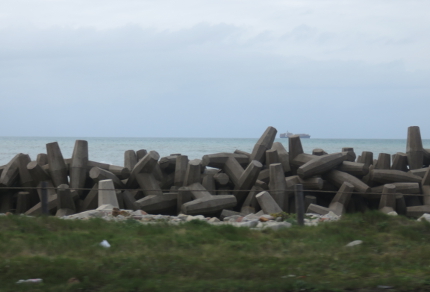 Africa leads in problem-solving because it faces unbelievable challenges. African innovations created out of necessity are now employed around the world.

Recently, Vilis and I attended a Rhodes University lecture presented by Toby Shapshak, editor and publisher of Stuff magazine. A former Rhodian, Shapshak discussed Africa’s role in the world economy, particularly with reference to “How Mobile is Changing Everything,” the title of his lecture. He pointed out that, despite The Economist magazine’s front-cover depiction of Africa as “The Hopeless Continent” fifteen years ago, present-day Africa has six of the world’s ten fastest growing economies (data also from The Economist). By the year 2040, Africa will have one billion people of working age and twenty percent of the world’s young people. As well, he stated that, within the world economy, Africa leads in problem-solving.

Shapshak stressed that African innovation is innovation out of necessity. In fact, in his TED talk, which I watched on YouTube after the lecture, he defines innovation as problem-solving. He showed a photo of the world taken from space at night. In the photo, lower North America, Europe, the Middle East, lower Asia and parts of South America glowed with light, but Africa was noticeably dark. He commented, “It’s really easy to see where innovation’s going on. All the places with lots of electricity, it isn’t.” His reasoning was that where there’s lots of electricity, people are busy watching TV or playing electronic games instead of solving problems.

Shapshak went on to say that more people in Africa have access to a cell phone than to electricity; thus, mobile communication has become a cornerstone of the African economy. Mobile technology has led to innovations such as pay-as-you-go SIM cards first introduced by Vodacom, and M-Pesa, a mobile money transfer. In rapid-fire sequence, he mentioned a number of other African innovations created out of necessity because this continent faces unbelievable challenges. Those innovations are now employed around the world.

One of these innovations stood out for me because it’s something Vilis and I saw on the day we arrived in Africa. In fact, we see it  every time we drive to Port Elizabeth. The innovation is a geometrically shaped cement block called a dolos (plural dolosse). The dolos was invented by an East London harbour engineer after a huge storm wrecked that South African port town’s harbour. Its design was allegedly inspired by watching a child play with toys called dolosse (similar to jacks) made from oxen bones. The cement blocks’ complex shape dissipates the energy of ocean waves better than a flat surface. In Port Elizabeth, a long line of dolosse piled on each other forms a breakwater at the harbour’s edge.

During his lecture, Shapshak stressed that he believes that Africa’s economic potential no longer lies in underground gold but rather, in aboveground, human gold. He concluded by stating, “I have faith in our people.” In a continent beset with major difficulties in providing basic services (witness the electrical load shedding for hours at a time that we’ve experienced in Grahamstown), his optimism struck a wonderfully positive note.