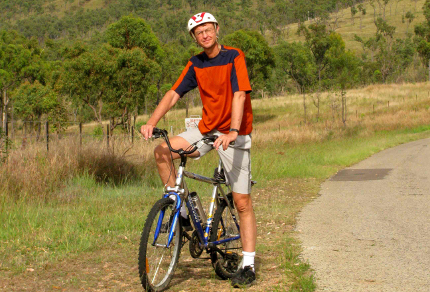 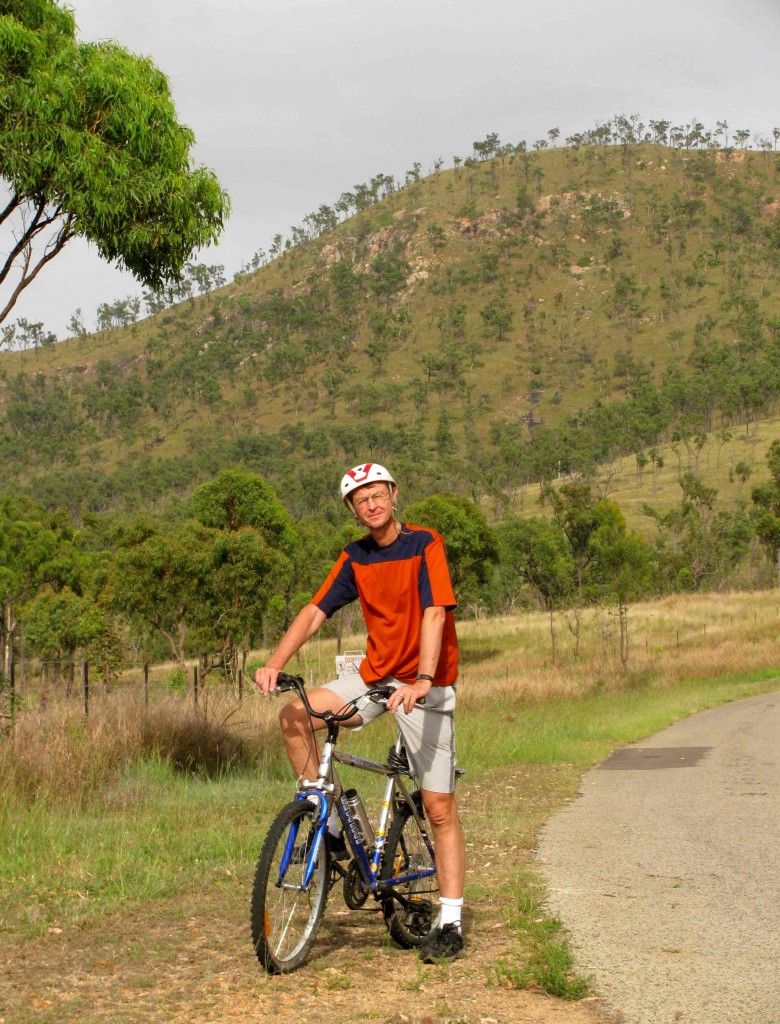 Vilis at base of Mount Stuart, Queensland (© Magi Nams)

This morning, I took on the role of cyclist support, agreeing to drive up Mount Stuart a half hour after Vilis began his cycling ascent, in order to retrieve him at the top, bottom, or at whatever point he might need a ride. He cycled away, tackling the twisting, climbing curves of the pavement leading to the summit of the 584-metre peak that rears up to the south of Townsville’s Lavarack Army Barracks and James Cook University.

I birded along the roadside for the required 30 minutes. Then I headed up, cooling my heels at the roadside for 10 minutes while street lugers on broad skateboards or luges skimmed down the road’s steep inclines. On approaching the end of the run, each luger, seated on his or her luge, dropped feet to the pavement and dragged shoes over the bitumen to act as brakes. On his arrival, a little fellow about 10 years old jumped up off his board, yelled, “I came off!” to a couple of fellow lugers, and hiked up his jacket to show a patch of fiery red road rash on his side. “Hey, so did I!” one of the big guys responded, promptly hiking up his shirt to show off his scrape. It seemed a rite of passage, an initiation.

I passed Vilis – still pedalling – about halfway up the peak, and continued to the summit, where I indulged myself with spectacular views out over Townsville from the Rotary Lookout. I traced the serpentine curves of the Ross River, found our street near the Townsville Golf Course, and travelled down memory lane while looking out over Magnetic Island, Castle Hill, Hervey Range, Mount Louisa, and Many Peaks Range, all of which Vilis and I have bushwalked during our time in Townsville. 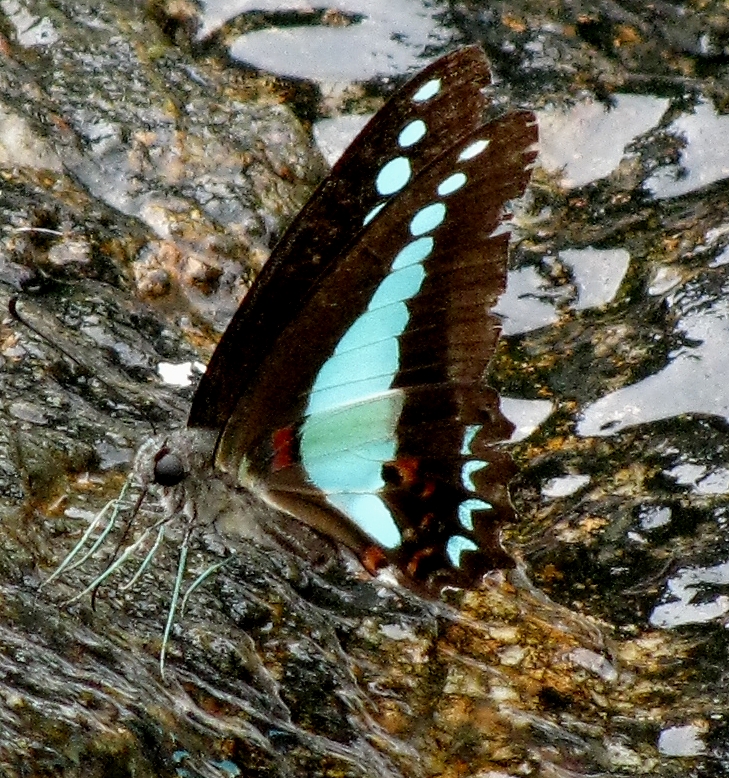 Butterflies, including several blue triangles, fluttered among the scrubby trees, vines, and blossoming shrubs below the lookout, and I learned from an interpretive sign that Mount Stuart is a hotspot for butterflies, including four-barred swallowtails, swift sedge skippers, grey albatrosses, clear-winged swallowtails, blue triangles, and large grass yellows.1 The peak’s prominence, diverse landforms (including sheer cliffs, boulder outcrops, crevices, gorges, and rolling slopes), and vegetation (particulary the semi-deciduous vine thicket growing below the lookout) attract a multitude of butterfly species, some of which occur only on this peak.1 Male butterflies frequently congregate on hilltops or peaks, where they establish and defend territories with the aim of attracting a mate.1This behaviour is known as ‘hilltopping.’1 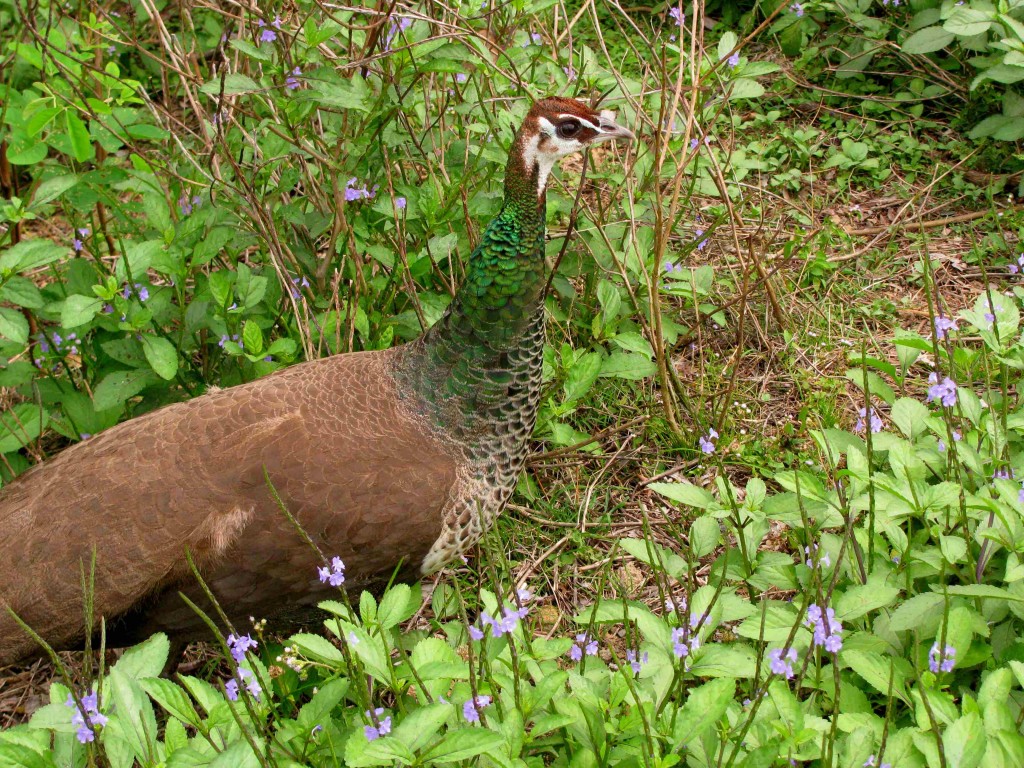 A peahen slipped quietly through purple-flowering herbs growing beside the lookout, her iridescent neck feathers shimmering like a brilliant, metallic scarf in the sunlight. In boulder outcrops near the lookout, flecked rainbows skinks and Saxicoline or restricted sun skinks basked on lichen-encrusted granite. Both are Queensland coastal species, with the sun skink restricted to the Townsville area. 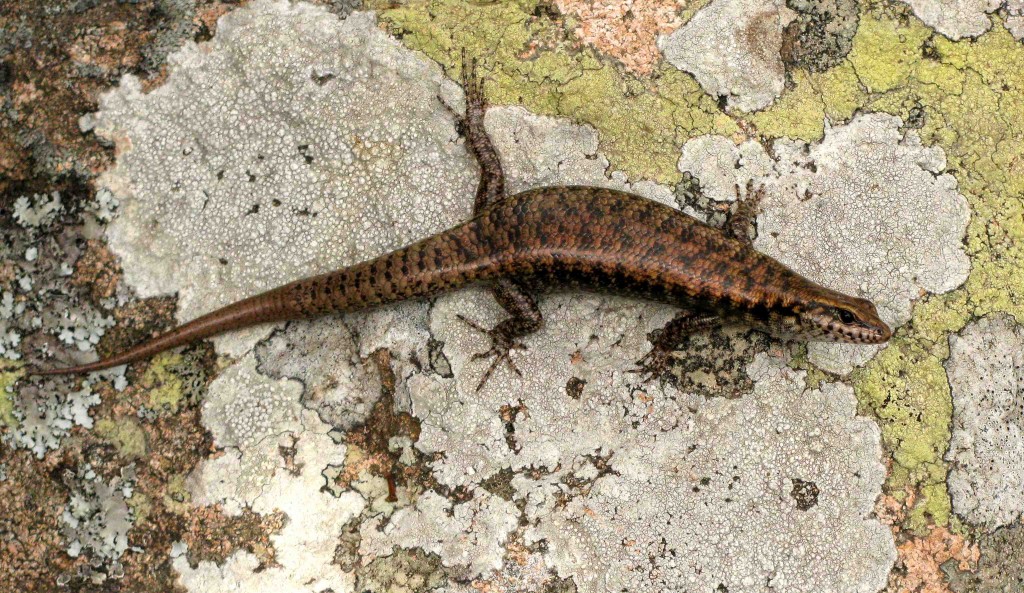 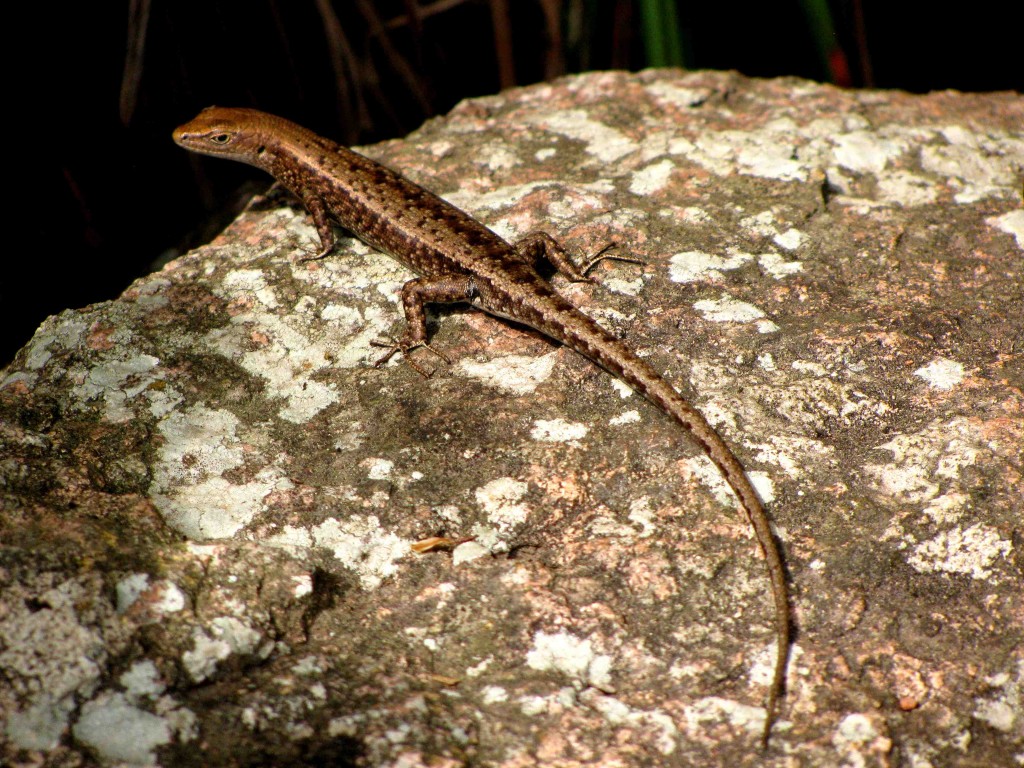 Eventually, Vilis appeared at the lookout, sweating, red-faced, and utterly exhausted from his ride. After he caught his breath, he told me, “It was good.” We loaded his bike into the car, and I drove us down that twisting road to the base of the mountain, his head no doubt filled with memories of the struggle, and mine with butterflies, skinks, and shimmering feathers. 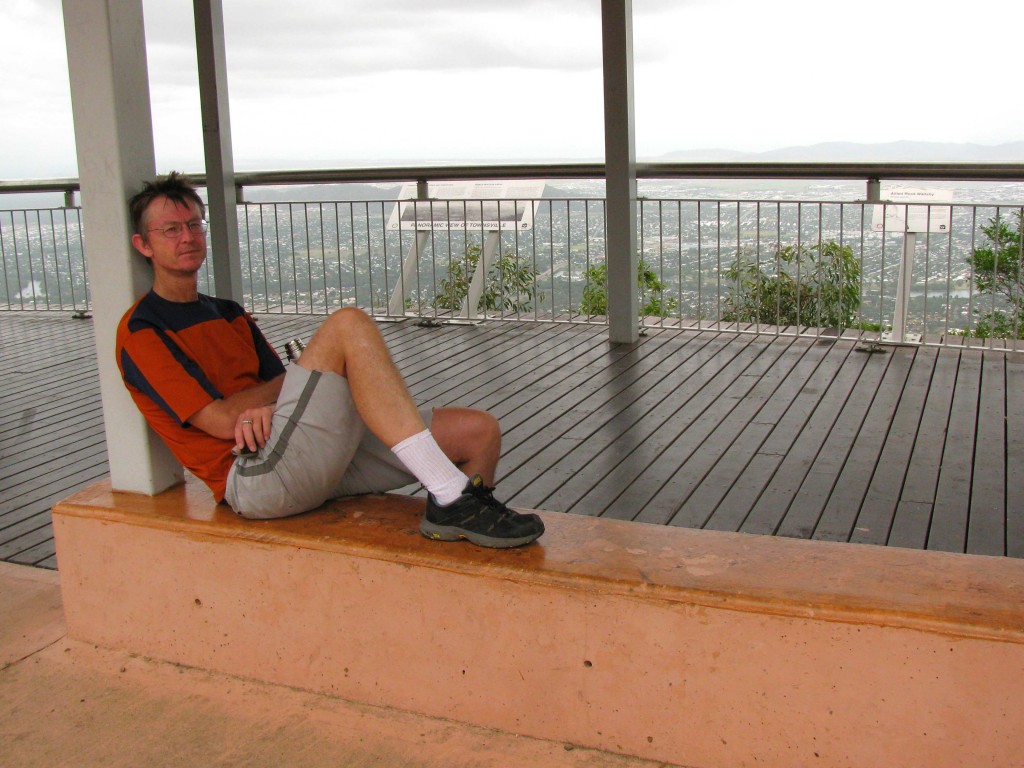