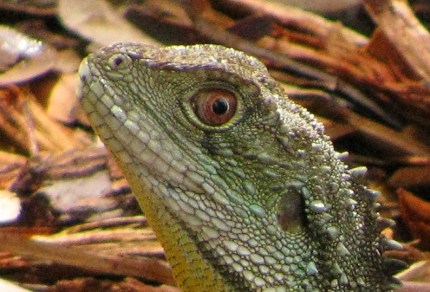 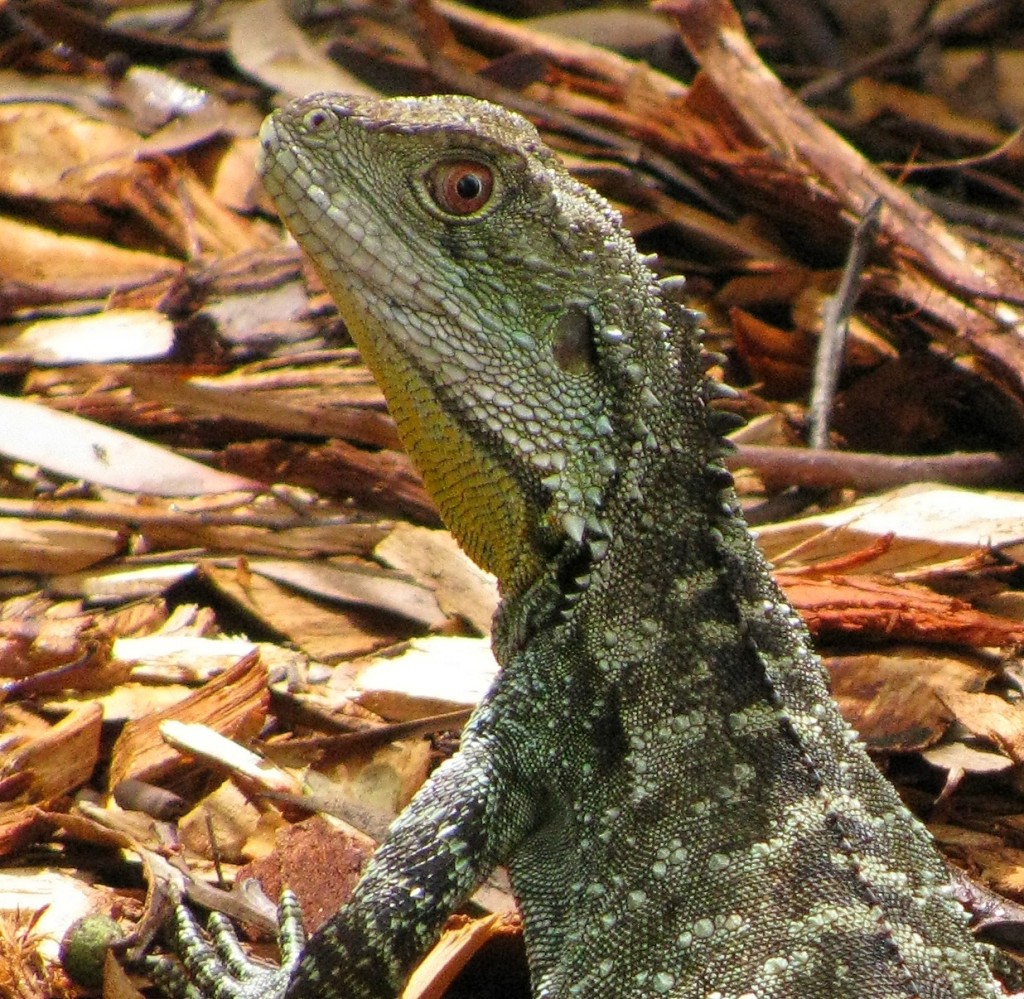 After a brief, pre-dawn greeting of the tropical day in Townsville, I jumped into focused, highspeed packing and house cleaning in preparation for Vilis’s and my departure from Australia four days from now. Although I was preoccupied with domestic tasks, part of me still trailed through the deliciously temperate weather of Canberra and the wildlife I’d observed in the nation’s capital, including red-rumped parrots, superb fairy-wrens, Australian king parrots, common browns, and magnificent water dragons.

Prior to Vilis’s and my trip to Canberra last week, I had seen only a single water dragon sunning itself on the bank of the Daintree River in North Queensland. However, the Australian National Botanic Gardens in Canberra were literally crawling with water dragons, both small and large, in the vicinity of the pool and lower gardens. I observed them, in particular, basking on stony pathways and rocks and scanning their surroundings from ledges or boulders. When stimulated into motion, they moved fast, their large hind legs propelling them powerfully. Some sprinted on their characteristically splayed hind legs.

All of Australia’s 70 dragon species belong to the reptilian family Agamidae, which has representatives occurring from Europe and Africa through Asia, Australia, and the western Pacific islands. However, species of water dragon are a severe minority, with only two existing worldwide, one in eastern Australia and another in southeast Asia. The Aussie water dragon is Physignathus lesuerii and occurs as two subspecies, the eastern water dragon, P. l. leseurii, which can be found as far north as Cooktown, and the Gippsland water dragon, P. l. howittii, which inhabits water margins from Gippsland in Victoria to Kangaroo Valley in New South Wales. The subspecies vary in colouration patterns, as do males and females. The water dragons Vilis and I observed in the ANBG in Canberra were Gippsland water dragons, which lack the prominent black stripe from eye to neck and body stripes that are fieldmarks of eastern water dragons.1

Water dragons, like all dragons, possess scales that lack the shine typical of the scales of skinks and snakes. They do, however, delight the eye with subtle shades of colour that can change with mood or temperature, and an impressive array of spines and tubercles adorning their skin, particularly on the crest of the head and spine. These dragons, as befitting their name, are generally found near water margins and can swim strongly.1 As evidence of its recent immersion in water, a dragon Vilis and I observed in Canberra had thin streamers of brilliant green algae stranded on its majestic head. Today’s post is an homage to Australia’s water dragon. May it ever be found in the city gardens and bush of eastern Oz. 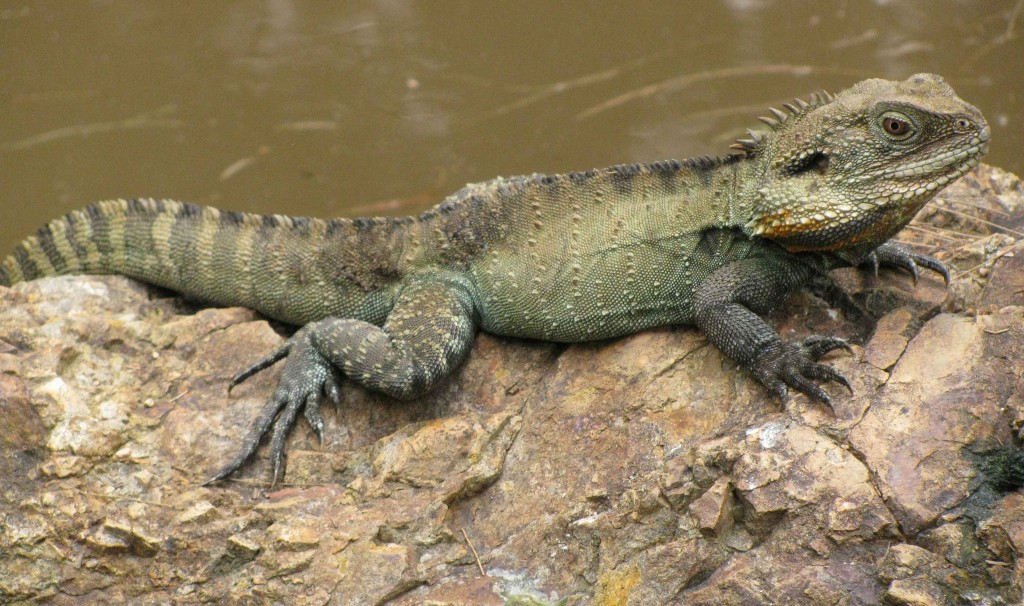 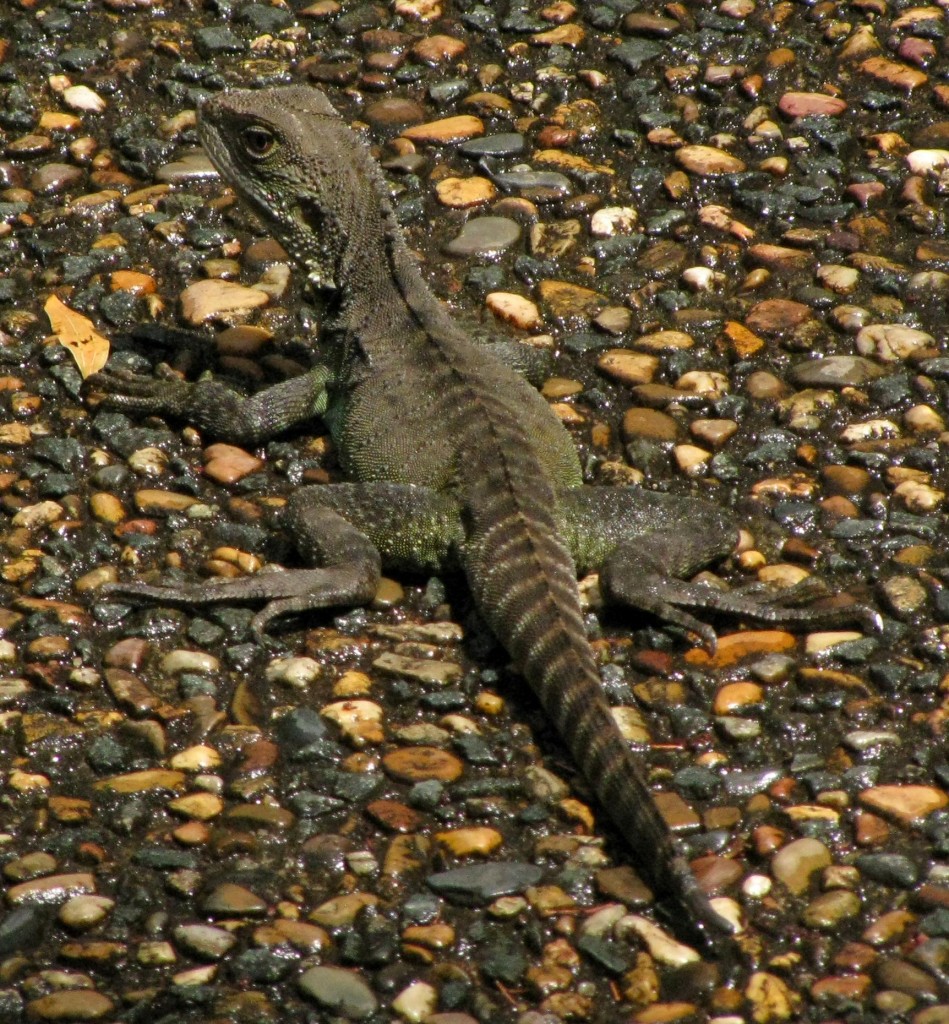 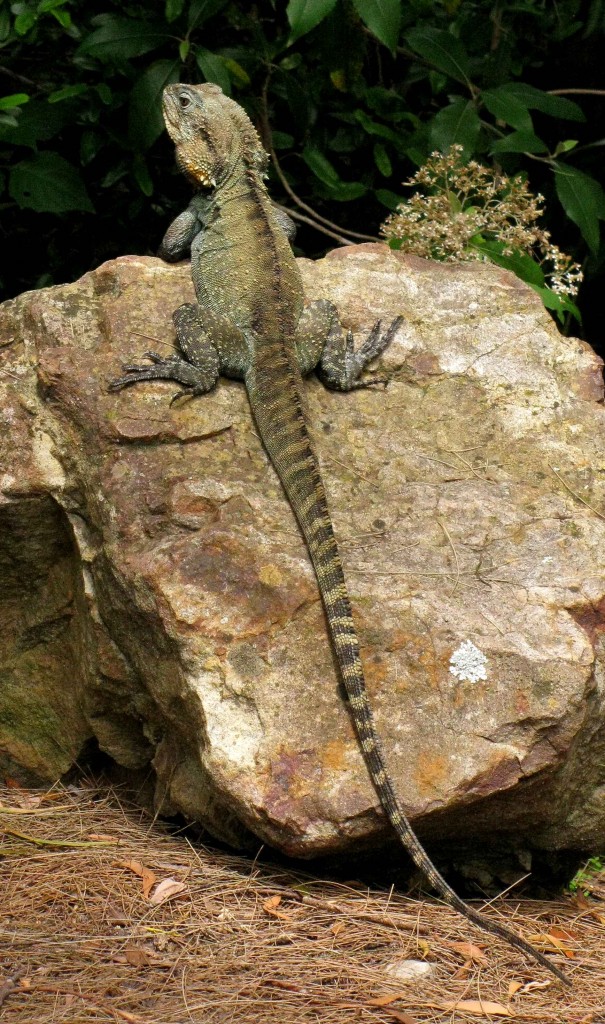 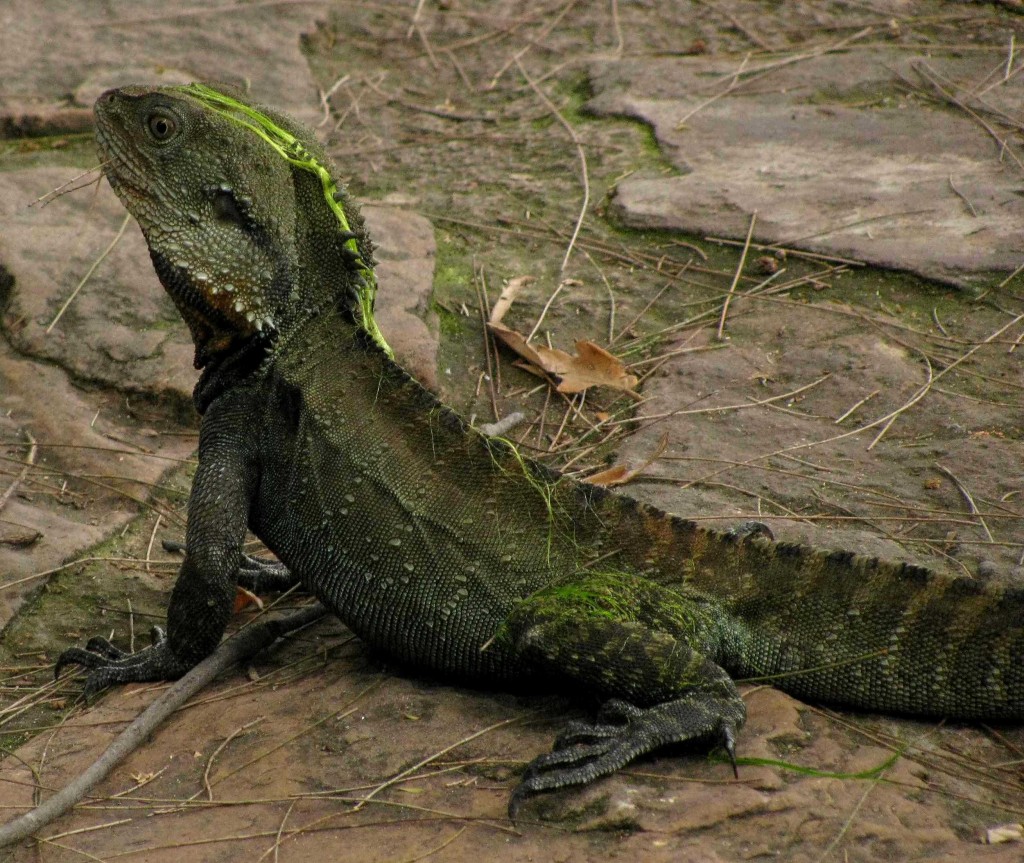